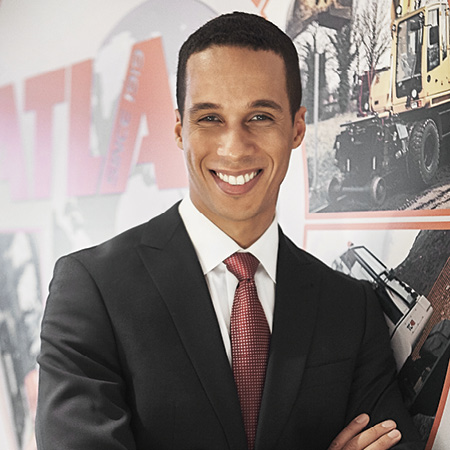 In a world of wearying manipulations, complications and stipulations, it’s refreshing to meet Brahim Stitou. Here is a man who exemplifies directness. What you see is what you get. He has no time for layers of pointless bureaucracy and he likes things to be straightforward. That way everyone can get on with the job — and anyone who’s ever wondered at their company’s capacity for interminable PowerPoint presentations will be delighted to know that he doesn’t have much time for those either.

Brahim, born and raised in Germany by Moroccan parents, is one of those great success stories who worked his way up from the shop floor. He liked machines, so began as a trainee at machinery company Atlas GmbH, learning all he could about mechanics, hydraulics and production, and attending night school to increase his knowledge. When the company ran into financial issues and was taken on by the Terex Corporation in 2000, he stayed. “As a Moroccan, you have to work at least three times harder than everyone else to be visible and five times harder to achieve anything, so that’s what I did,” he recalls. His industry and application couldn’t be ignored, and as his responsibilities and list of promotions grew, he found himself overseeing a wide range of the company’s assets and partnerships. 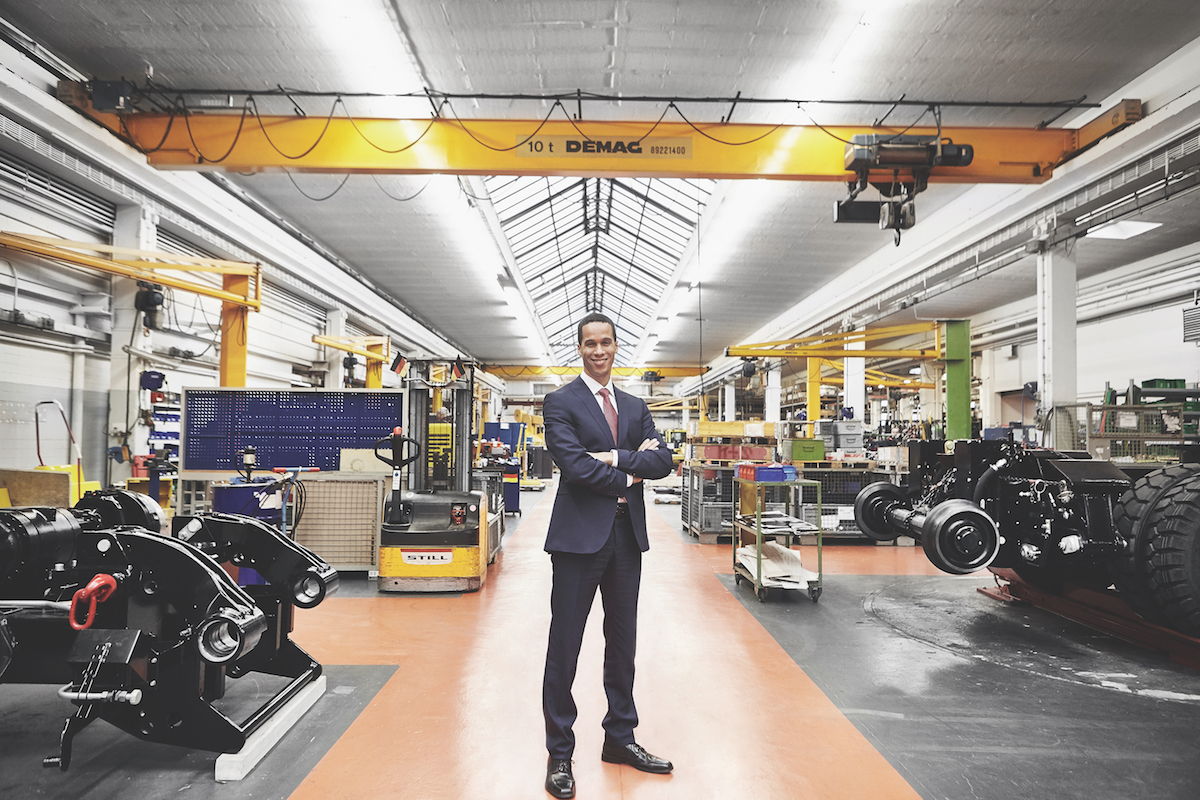 “We worked very closely with our dealers but also our drivers, the users of our machines, to tell us what we had to improve.” – Brahim Stitou

Sadly, the company continued to struggle. Ten years later, nearly bankrupt with too many staff and losses of about €2 million a month, it was sold yet again to private owner and former Terex executive Fil Filipov. Despite the fact he’d have to accept a demotion, Brahim opted to stay on. He was still young, and reasoned his best chance of continuing success was to stick close to an employer he admired and be part of a turnaround. “I knew Mr Filipov and liked his style of how to make things happen,” he recalls. It was a smart decision.

Can’t make an omelette without breaking a few eggs

Brahim was made Director of Cost Reduction. The title opened all the doors he needed to make change, cut costs, consult with customers, and simplify both processes and the organisation. One immediate concern was the fact Terex had been building standard machinery with no room for customisation. “They wanted to make high volume with standard products and lean production costs, but the problem was we were competing against China and Asia and building machines in Germany, so it was difficult to sell these machines and break even,” he recalls. The company — like many others — had also been badly hit by the global financial crisis in 2008. The second issue that had to be dealt with was high overheads. The company had a complicated management structure, Brahim says, yet some employees did little more than shuffle paper. 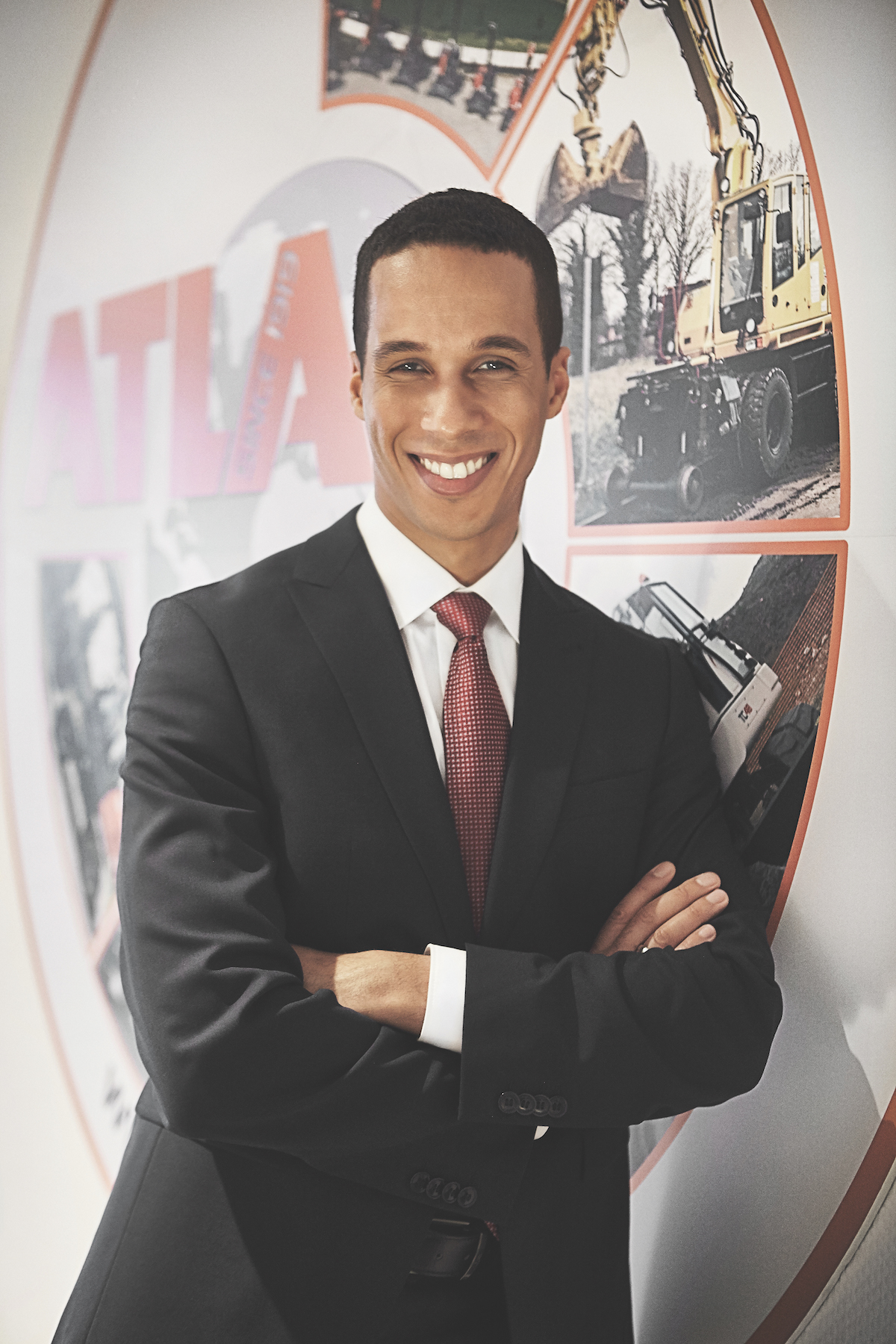 Atlas was taken over by Fil Filipov in April 2010. By the end of the year, Brahim recalls, it was breaking even, and by the end of 2011, he says it was profitable for the first time in 25 years.

Atlas was taken over by Fil Filipov in April 2010. By the end of the year, Brahim recalls, it was breaking even, and by the end of 2011, he says it was profitable for the first time in 25 years. Brahim restructured and consolidated departments and created good jobs in the production arena. “And we reduced the bureaucracy to a minimum because it was just crazy before. Of course, we had to fight the unions, but that was okay. You can’t make an omelette without breaking eggs.” At the same time, he focused on improving product quality. “We worked very closely with our dealers but also our drivers, the users of our machines, to tell us what we had to improve.” In the corporate world, he says, it can often take an age to implement improvements because a whole raft of directors have to first give their approval. “We implemented things very fast. Customers were impressed.” They were happy, also, to be reunited with the old Atlas name and much-loved orange colour.

Brahim is quick to say that none of this would have been possible without Filip Filipov’s support, experience and training. “He was key to the success. I was being very radical, but he made the decisions to support me very quickly so we could make changes. The other key to our success was that we didn’t hire anyone from outside to fix things. We made everything work entirely with our internal people. There are three things I hate: consultants, banks and lawyers. I just want them out of my way!”

During this time, Brahim continued to demonstrate his capacity for hard work. He was at work by 6 am and rarely left before 10 pm, including Saturdays, and was relentless in improving every detail. It wasn’t enough to provide reliable, high-quality machines; he wanted the factories looking clean and organised so they made an instant impression on customers. These are now so impressive, Atlas has acquired a company jet to bring customers to its factories, confident that seeing its orderliness will help drive sales. 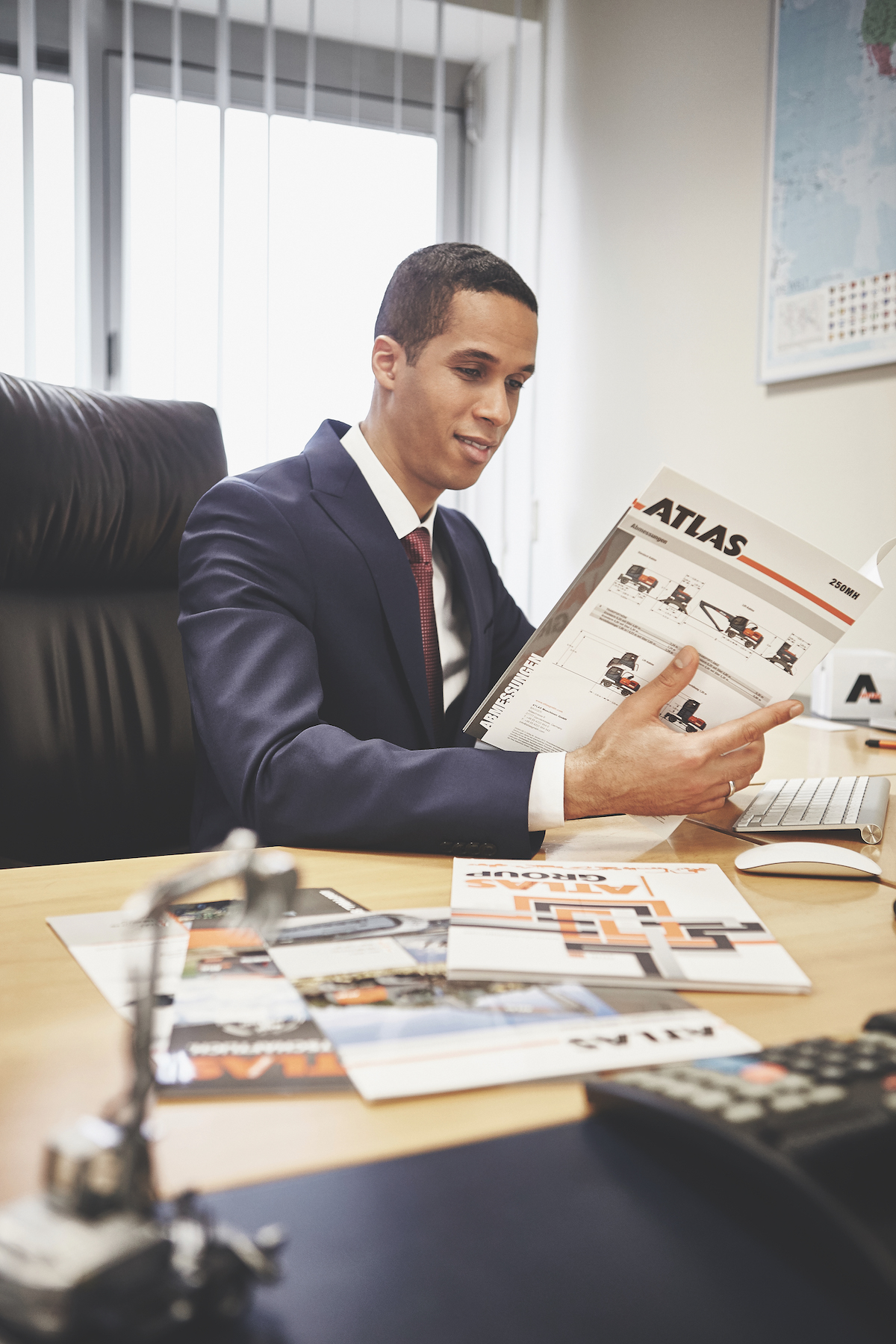 Brahim, born and raised in Germany by Moroccan parents, is one of those great success stories who worked his way up from the shop floor.

“My management style is hard but fair, simple and direct … I am there to make decisions, to make things happen and to enable others to be empowered and stand on their own two feet.” – Brahim Stitou

While Brahim appreciated the need to be technology-driven — and Atlas will now customise any piece of machinery to a customer’s needs — he also ensured no machine was over-engineered. “It has to be as simple as possible for the end user. When you get your new BMW, you don’t want to be reading the manual to work out how to drive the car,” he explains. Atlas’s new self-folding crane, for instance, has just one button to fold it up or in. At the same time, all engines meet current emissions standards, and a new electrical system is so advanced that the only other machine where you might encounter something superior is an aeroplane. “We want to be sure we have, for the next 15 years, the latest that is available. At the moment, we’re working on tunnelling machines and heavy wheel loaders so we have more stability in the organisation if something happens to the market.”

While Germany and Europe remain the main market for Atlas, the company is also making inroads into the US and South America and has plans to expand into the Middle East and Africa — including Morocco, of course. Brahim’s fellow countrymen must be impressed to see one of their own in such a prestigious position. He is not only Managing Director of Atlas but also the Managing Director of Atlas Components, and is on the Board of Directors of Atlas Cranes UK. There is plenty he can share to demonstrate how he earned his success.

Top of the list is, of course, hard work. “I don’t even have a diploma. My father died very young, so I have always had to work,” says Brahim. And he does not court popularity. “I always say if someone wants to be liked, he can buy himself a dog. I am not the most popular man, but it is respect I prefer. My management style is hard but fair, simple and direct. This is what people need. With me, there are no meetings, PowerPoint presentations, or conference calls. I am there to make decisions, to make things happen and to enable others to be empowered and stand on their own two feet.”

Brahim also prefers action to words. As an example of this, Atlas has a big R&D department. Brahim knows that everyone wants to sell him something, and everyone will tell him they are the best, but his expectations are straightforward. If two rivals are both competing to provide new parts for machines, Brahim will invite both into the company’s halls and watch as they work on the machines and with Atlas’s engineers. “Both have to be cost-effective and high quality, but at the end only one can win. This is how we work more closely with them also,” he explains.

Another key to Brahim’s success perhaps is that he confers respect on those who share his commitment and love of the industry. “Excellent service is essential. You can have a nice machine, but service is the key. In my opinion, Atlas has the best dealer network in the world. They have orange blood,” he says. “We support them with training — we had about 1,300 in our training centres last year. Many have been with us for decades. They know the machines and the industry and they have good people working for them.”

A supportive family has also been critical. “Behind every strong man is a strong wife and family. Without them I could not have made it,” he shares. The person Brahim has the most respect for, however, is Fil Filipov. “We usually say he is the owner and I am the boss,” Brahim laughs. “I am a thankful person and I really am thankful for having him as a mentor in my life. He is a great person.” 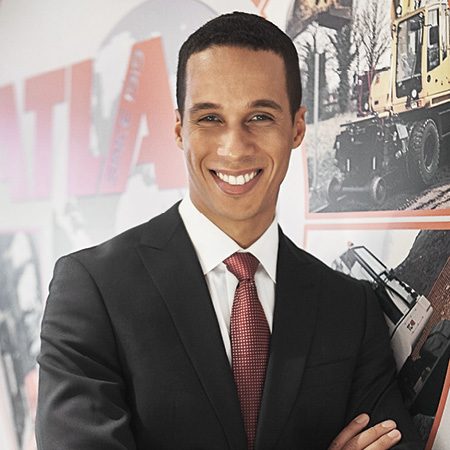