Pedal to the metal: L Ramkumar Tube Investments of India wants to get more people on their bikes. Traditionally seen as the transport of choice for the poor, the bicycle is now charming growing numbers of people in the country’s more affluent classes. Early morning cycling clubs are proliferating and people are showing a willingness to spend US$500 to $1,000 on a bicycle. It’s a trend that L Ramkumar, Managing Director of Tube Investments of India, is encouraging. “There’s a transformation taking place,” he observes, adding how eager the company is to be a part of that movement.

As India’s second largest cycle manufacturer with brands that range from BSA and Hercules to Montra, as well as offering international standard carbon frame bikes, it’s well placed to ride the wave of transformation. It’s also looking beyond India’s borders to the export market. “We’ve started exporting and we want to multiply that three to four times.” And that’s just the game plan for one of the group’s four divisions, which produce a combined turnover of Rs40 billion. The other divisions include engineering, metal-formed products and chains.

Since taking on the role of managing director in 2008, Ramkumar has been focused on strengthening each of the divisions, more than doubling the company’s turnover. “During my period as managing director we’ve had quite an expansion of each of the businesses,” he says. That includes expansion by acquisition. It acquired Sedis, a manufacturer of industrial and engineering class chains in France, and three years ago, Shanthi Gears, a company making industrial gears in the south of India.

In the next three years he’s aiming to increase turnover by at least 50%. One of the drivers of that growth will be the precision tubes division — the largest segment of the company with the highest potential. The other will be the chains division, which includes fine blanked products. “We believe that growth in passenger cars in India, plus a heightened number of overseas companies in Europe sourcing parts from India will give us a big advantage,” he says. He estimates sales will double in the next three to four years. When Ramkumar was approached about the managing director role in 2008, he already knew the company well. He worked for Tube Investments for 16 years between 1985 and 2001. During that time he was made CFO of the company and was responsible for raising capital overseas. “Those were early days for India raising funds from overseas markets; we raised US$50 million,” he says. When he left Tube Investments in 2001 it was to take up a chief executive role in a completely different field for Sterlite Optical Technologies. “We were the only company making optical fibre in this part of the world,” he says. His next role was president and director of Fenner India, a manufacturer of mechanical power transmission engineering products. When he joined the company in mid 2003 its turnover was Rs300 crores and it had about 800 employees. “During my period as managing director we’ve had quite an expansion of each of the businesses.” – L Ramkumar

“Top management was very happy with how much we improved profitability and we were given permission to open two new greenfield sites, one for belts and one for oilseals.” Then Tube Investments came knocking and he decided to open the door. “It was a board position, all four divisions reporting to me plus the corporate function,” he says. Eight years on, and Ramkumar has no regrets about returning to the group. “It’s fairly ethical in its practices so I’m very comfortable working here,” he says, adding, “I’ve enjoyed working with this group because it gives a lot of freedom to people who are willing to take responsibility and deliver results. That’s helped my team and I to perform and do well.”

Changing of the guard

His next task is to prepare the group for a changing of the guard. Not only is Ramkumar preparing to hand over to his successor, he’s also readying the management team for new blood. “Six or seven of the people who are reporting to me are also retiring in the next couple of years,” he explains. “So I’m working very hard to ensure the transition is smooth.” Another area of focus will be building not just managerial capability but technical capability to support the business’ aim of tripling its sales. On the training and development front, the group has a learning and development centre; and at an operational level, the skills of each employee are mapped. “We list out the skills required for a particular job and look at the employee’s current level of proficiency, then we consider the programs, often technical, needed to improve their proficiency.” At the middle and senior management level Tube Investments has introduced individual development plans. At that level the skills assessed might include entrepreneurship, business acumen, team playing and leadership development, says Ramkumar. “There are a few people who are good at certain things and so we look at how we can strengthen that.” The individual development plans are reviewed regularly by HR and a senior manager, and salary increases are linked to the plans. “In many cases employees at the senior level have to demonstrate that they’ve looked at their individual development plan.”

“This group gives a lot of freedom to people who are willing to take responsibility and deliver results.” – L Ramkumar

Ramkumar believes having these programs and targets in place has made much better managers out of its staff. A focus on operation excellence and improvement has also shaped its approach to relationships with suppliers. “Suppliers are very important to us because in many cases, we’re making an intermediate product, not the basic product. Often we’re not able to supply because of the steel quality, for example.” To overcome that issue it now has a joint team consisting of product development and technical people in the steel mills. “They work on the processes to give us the kind of steel we need,” he says, adding that this point of difference has become a competitive advantage for the company. Similarly, as Tube Investments only makes a few of its bicycle parts in-house, it works closely with bicycle component manufacturers to ensure quality is maintained. It runs seminars, workshops, and vendor rating awards to motivate them.

Tube Investments is already number one in India in precision tubes, chains and roll-formed sections and number two in bicycles, and it’s showing no signs of slowing down. 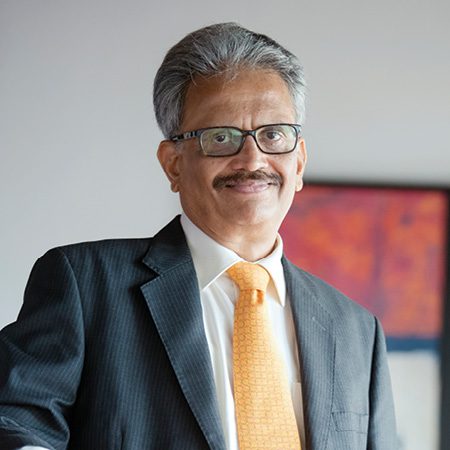