Madonna's performance at the Women's March reveals, yet again, her complete ambivalence toward the well being of other women, writes Jack Marx. 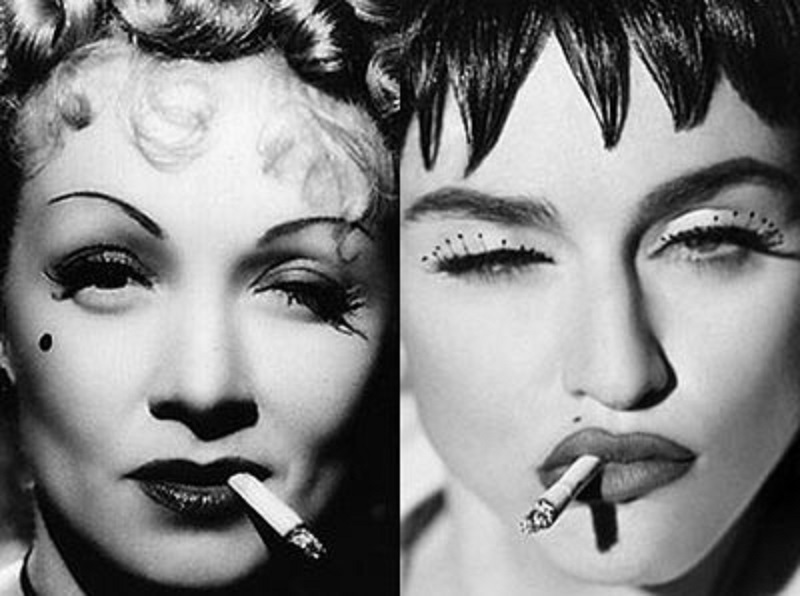 The Women’s March of the weekend was as impressive a display of dissent as anyone has seen since the Civil Rights movement of the 60s, with women of note and otherwise taking to the boulevards of the world in their millions.

But why was Madonna invited to take the podium? How did a mass demonstration against populism allow itself to be hijacked by the undisputed queen of the lowest common denominator, the Miss Ronald McDonald of popular music, the most populist cultural figure of the last 50 years? Why did a feminist movement give the microphone to a woman who can so easily be assailed for not practicing the feminism she claims to preach? Why risk the whole show by inviting someone notorious for cheapening any production, any religion, any career that is not her own?

Despite what entertainment journalists with brains the size of caraway seeds have been telling us for years, Madonna is a cheap disco act from the 80s whose refusal to disappear from view owes more her inexhaustible appetite for fame than the contents of her scrotum-sized tramp-sack of talent. With a so-so voice, a few dancefloor moves and a gift as a songwriter that is questionable (to put it mildly), Madonna, far from being meritoriously “influential”, actually augured in the era of the talentless artist, whose deficiency of creative skill is camouflaged by the 50-plus dance squad that clutters the stage. This is Madonna’s legacy – the Andrew-Lloyd-Webberness of childhood pop – the cheap ostentation of which allows promoters to sting kids for $200 a seat.

But this is all just one man’s opinion. Let’s talk about facts.

Despite her own insistence that she’s a poster girl for the sisterhood, Madonna is, in practice, a lousy sort of feminist. Despite having collaborated with a galaxy of songwriting partners over the years, only eight women get co-writing credits on her songs – by my count, that’s less than 8% of the people she’s been willing to share her royalties with. Of the 48 directors she’s used to shoot her videos, only four have been women, and of the 56 producers she’s worked with on her 13 studio albums, exactly zero have been women. And this is the creature who delivered a “powerful”, “inspiring” and “real” speech in December about how “blatant sexism” in the music industry has hampered her own career.

What Madonna does like using women for is their ideas, the girl having shamelessly and relentlessly plundered the work of other female artists for decades. The list of songs, styles and schticks she has ripped off other women over the years is endless, her burglary having often ended in court or in slimy out of court settlements the type for which Donald Trump is famous. Why feminists would organise an event and then give a practicing gynophobic the floor is a mystery, even moreso that a Women’s March against Donald Trump handed the mic to a rich, egotistical narcissist who only uses women when they’re not on the payroll.

It’s not as if Madonna has ever brought anything like class to any enterprise; she single-handedly ruined the career of promising filmmaker, Guy Ritchie, by insisting he cast her in a film that stank largely because of her, and sunk Ritchie’s ship quick smart, and she has reduced the Jewish tradition of Kabbalah to an international laughing stock by exploiting it for headlines like she did those old Christian crucifixes in the 80s – religion abused as a wardrobe change.

So what did Madonna bring to this otherwise heroic movement of women on the weekend? She delivered what Madonna can always be relied upon to produce; a self-interested sucking of the spotlight that festered into a wound for the whole production, the only chink in the glorious armour of a million women peacefully on the move. By publically declaring she wanted to “blow up the White House”, Madonna has exposed the event to justified ridicule. The reaction to her comment may well be silly (it is obvious the Secret Service has no need to rifle through Madonna’s tallboy), but it is also entirely unsurprising, a reaction Madonna would doubtless have predicted herself when she decided to go with such words. And why shouldn’t the authorities take notice? If 50 Cent had made such an utterance, he’d be in cuffs by now.

As usual, Madonna put herself – her eye-wateringly tiresome, decades-old desire to be seen as ‘outrageous’ – ahead of the needs of all else. And for that the entire left will be punished, for it’s going to be hard to criticise  Trump’s hawkishness, to recall his saying he would “bomb the shit out of” ISIS, without someone responding with Madonna’s idiotic outburst as proof that a woman in the White House would be no more responsible.

I don’t understand why sensible people keep swinging open their doors to this unstoppable, publicity-seeking, self-serving wretch. If you were to hold a BBQ for underprivileged children you wouldn’t in your right mind invite her, lest she do something with the sausages that scored the sort of front-page exposure your cause didn’t need. Ask Joyce Banda, the President of Malawi, the African Republic Madonna claims to have single-handedly saved from ruin.

Considering their professional and moral similarities, it’s a wonder Madonna didn’t perform at Trump’s inauguration, and a big shame she was invited to appear on the other ticket.