Time is a place where the sun don’t shine

People who are sticklers for time in the workplace are bums, writes Jack Marx. 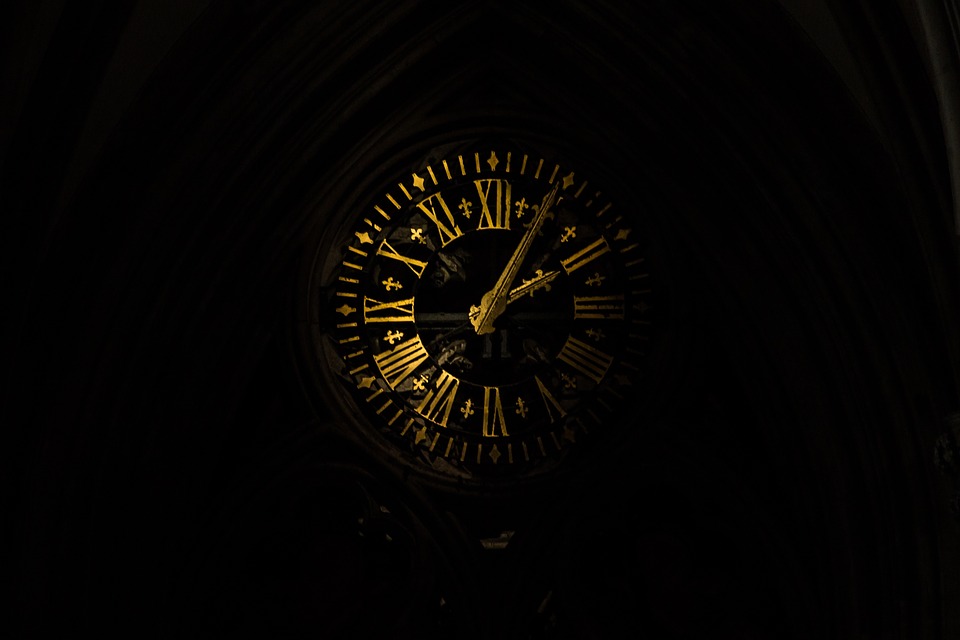 There are no two words in the English language more revealing of a loser than: “You’re late!”

The most uncreative people in the world are sticklers for time. Their shallow imaginations incapable of grappling with the mysteries of the universe, they will lose any argument that requires a degree of nuance, humanity, or the grace of understanding. So they turn to the clock, whose rules are inflexible and always “going forward”, as the dull manager might say. You can’t argue with time, which is only right once and, after that, a notional prison of which only the dim are gatekeepers.

Those of us with fertile minds will pass the time when another party is running late — we’ll read a book, reflect on things, or observe the perfect complexities of it all; the stillness of a room, its manicured lines, or the fractal wonders of life in the street. We might even do some work. But the time-obsessed can’t perform such magic, their brains being blasted by the ticks of the clock. They pace, rage, swear at their watches. “Time is money”, they fume, as if it can’t be measured by anything else, like love, humour, or fat-bellied greed.

Superiors in the workplace are frequently strict about time. Often incapable of lording over their charges in the realms of intelligence or ingenuity, they point at the clock at five-past-nine, their arms as rigid as a semaphore signaller’s — their only way of appearing in control, a success where all others are failures. They might never have inspired a soul in their lives, but they know what time to get the bus.

It’s interesting to recall the reasons why this nine-to-five straight jacket came about. Before the dawn of the electric light, the hours between nine and five were the most reliable for ensuring there was sunlight to work by. Whether in the field or a windowed room, it made sense to work in the hours when the sun did shine. That problem is solved — the darkness was defeated over a hundred years ago — and yet we remain slaves to a tyrant that is little more than a redundant relic.

Today, there are many who call for an end to the ancient law of the working week. It is not just silly, but counterproductive. As Rebecca Greenfield wrote at Bloomberg last year:

“The 9-to-5 schedule doesn't conform to most people's lives, or their workflows. Sitting in a chair for eight hours straight doesn't produce results; many studies have established the benefits of taking breaks during work. And the best hours for productivity vary from person to person. Not everyone is a morning person. One study found sleep deprivation costs employers an average of $2,000 a year per worker; other research suggests cognition peaks in the later afternoon. Workers also find schedules dogmatic. We're adults, and we like autonomy over our lives.”

Moreover, technology has all but rendered the massing of people together at the same time as obsolete — most office jobs today could be just as efficiently performed at home, without the stress of goons with stopwatches meddling with a worker’s mind. There can be no doubt companies fascistic about time drain the morale of employees, almost all of whom these days work overtime, those unpaid hours in the service of the firm strangely missing from the inventory when one is five minutes late in returning from lunch.

We all know the cliché about the clock that is watched, how time moves more slowly when too keenly observed. Recent research in the realm of quantum physics suggests that old chestnut may harbour more than a grain of truth. Time, they are discovering, moves at different speeds depending on the source from which it is viewed. It also changes shape due to gravity. Some say it doesn’t even exist. Time, it seems, is not money at all, but, like money, its value can only be found in how you spend it.

“Time is a game played beautifully by children,” said Heraclitus. It is also a game played manipulatively by bores, for whom the minutes themselves are more important than anything that might occur within them.

Next time somebody says: “You’re late”, tell him to put his watch where his head lives.