The world according to Oprah

She’s the woman named by Forbes as the most successful entrepreneur of her generation so just how did Oprah Winfrey go from dirt-poor schoolgirl to worldwide media mogul? 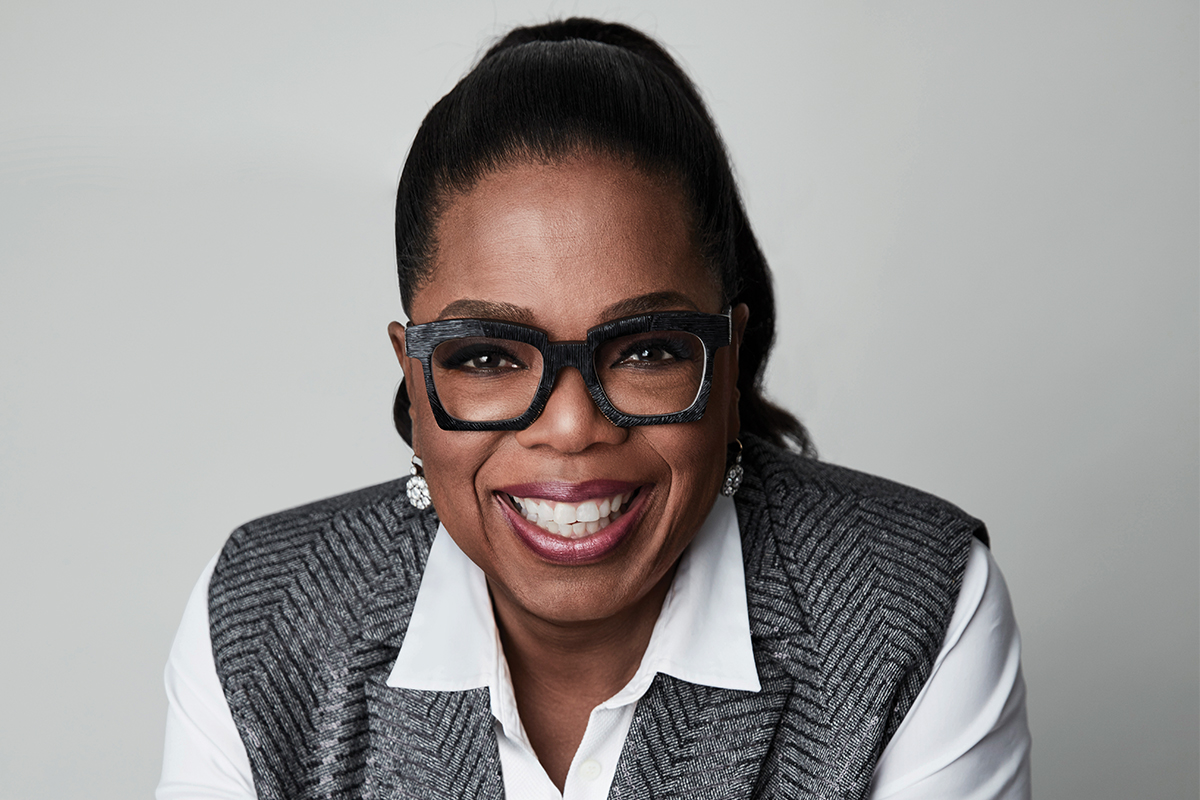 There aren’t many people who can get by on their first name alone. Boudica, Napoleon, Elvis and Madonna are arguably among the most famous mononymous public figures of both past and present. Today, however, the one who surpasses them all must surely be Oprah.

The entrepreneur, media mogul, actor, author, producer and philanthropist has a history of not only outshining her peers but outsmarting them too.

It’s what makes interviewing the world’s most famous interviewer intimidating, and what has made her number three on Forbes’ Richest American Self-Made Women list, fourth on its Celebrity 100, twenty-first on its list of the World’s 100 Most Powerful Women and sixty-fourth among the World’s Most Powerful People. 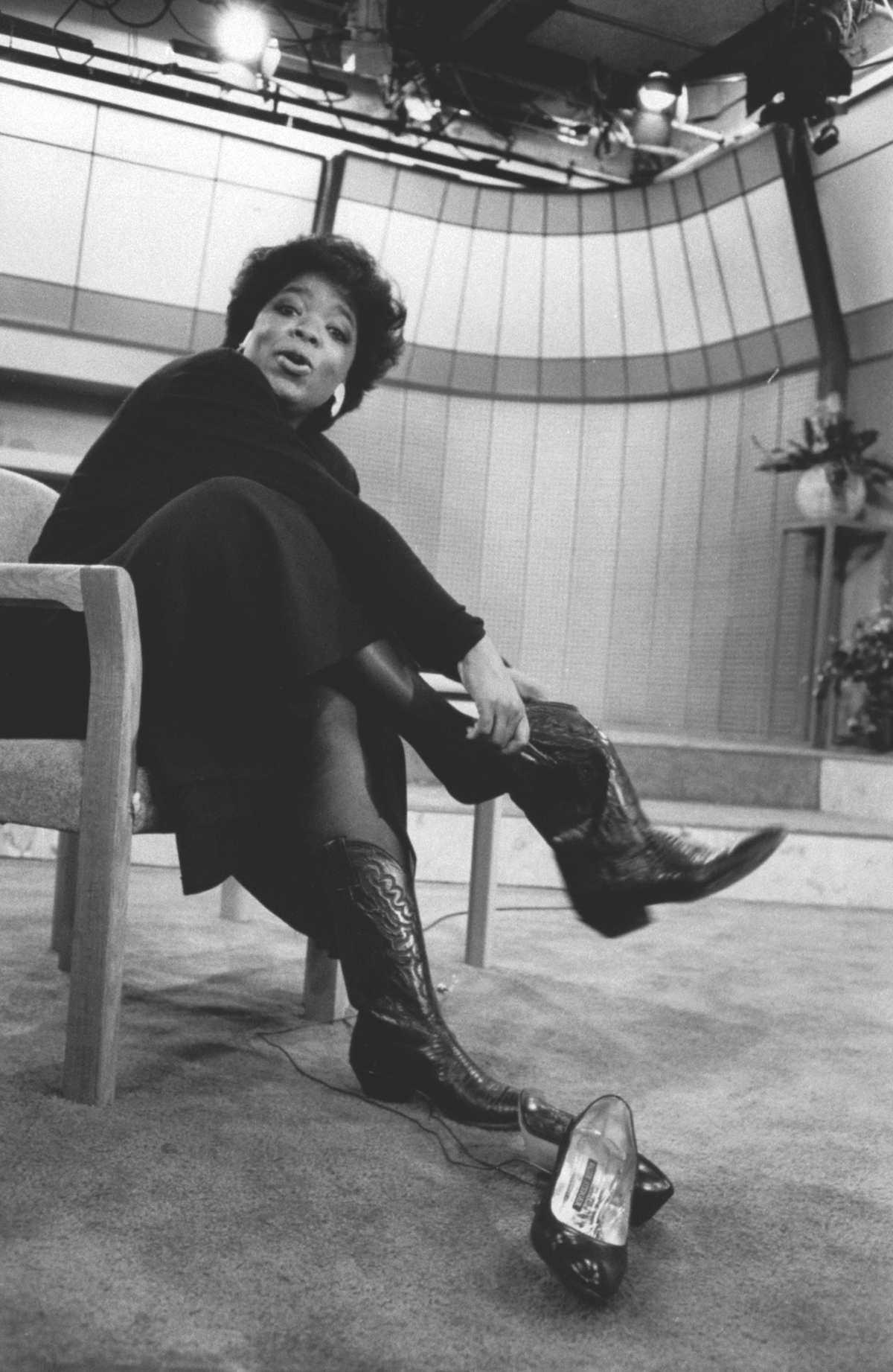 It’s also how she became a millionaire at age 32 when her talk show The Oprah Winfrey Show (universally known as simply Oprah) was nationally syndicated, making it the highest-rated television program of its kind in history.

It’s why Oprah continued to make history when she became the first female African-American billionaire in 2003 and the first black woman to receive the prestigious Cecil B DeMille Award at this year’s Golden Globes.

Her acceptance speech that night focused on the #MeToo and #TimesUp campaigns that have followed Hollywood’s recent sexual harassment scandals. The speech went global and so passionate was she in her belief that ‘a new day is on the horizon’ for women, it led many to speculate that Oprah would run for president of the US, with #Oprah2020 going viral.

“I’ve always felt very secure and confident with myself in knowing what I could do and what I could not. And so it’s not something that interests me,” she says, dismissing the idea right away. “I don’t have the DNA for it.”

Either way, there’s no denying that Oprah’s certainly got the funds for a presidential campaign. Latest figures reveal that she’s worth US$2.7 billion.

Not bad for a little girl who grew up in the backwoods of Mississippi wearing dresses made out of old potato sacks by her grandmother Hattie Mae.

So how did Oprah, now 64, born to a teen mum and passed from impoverished pillar to post, become this hugely influential, multiple Emmy Award-winning, Academy Award-nominated global figure?

It all starts with Hattie Mae

At three, Oprah was living on her grandmother’s pig farm. The disciplinarian Hattie Mae wanted Oprah to read the Bible so taught her little granddaughter to read before the age of three. Consequently, Oprah was nicknamed ‘The Preacher’ at her local church for her ability to recite Bible verses.

It was from this hardworking woman that Oprah learnt the first lesson of success. “It doesn’t matter who you are, where you come from. The ability to triumph begins with you – always,” Oprah says now, crediting her grandmother with giving her “a positive sense of myself”. 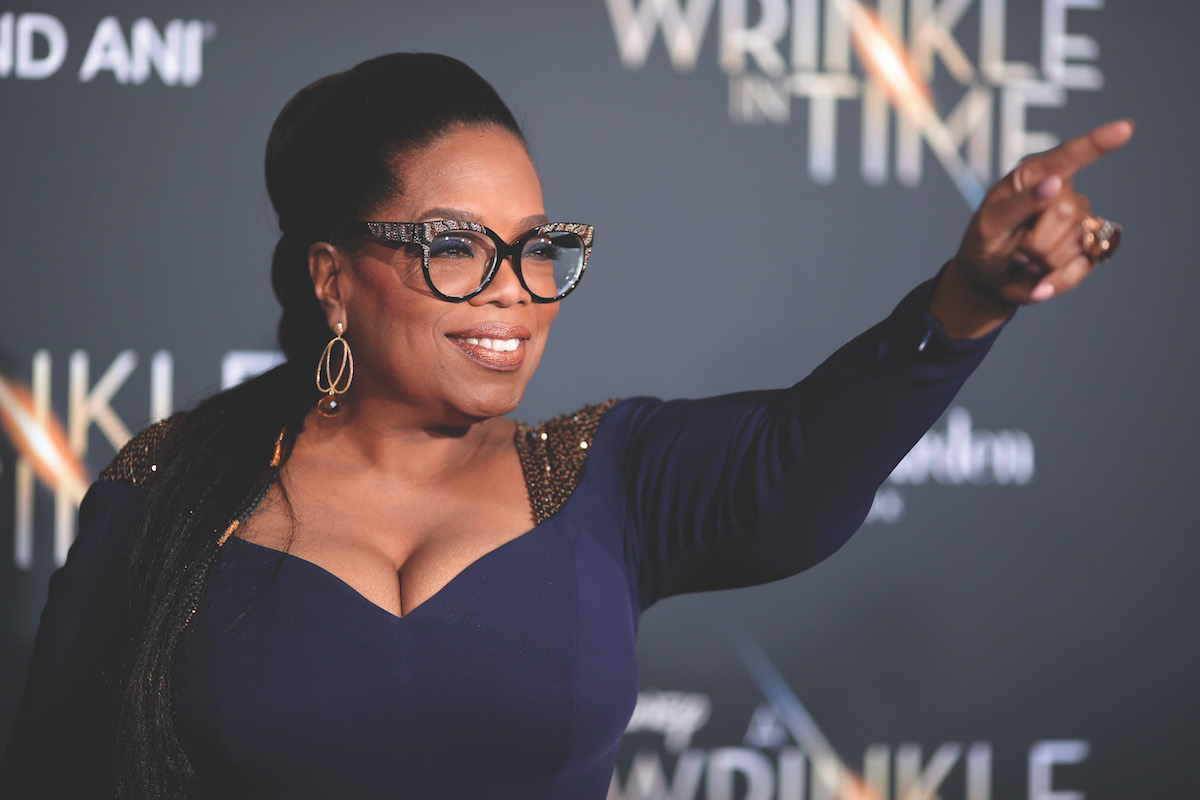 Oprah’s precocious academic talents were her way out of poverty. A federal education program saw her gain access to an affluent suburban school where she was one of just a few African-Americans.

And so began Oprah’s history of firsts. In Nashville, she became the youngest TV news anchor at 19 and the first black female news anchor. By 1983, she had relocated to Chicago to take over a low-rating morning talk show.

Within months, it went from last place to first in the rankings and, when it was syndicated nationally as her eponymous show, it became the number one daytime talk show in America running for 25 seasons.

“You know you are on the road to success if you would do your job and not be paid for it,” she says. “I really don’t define my happiness by my business decisions.”

Shortly afterwards, Oprah set up Harpo Productions, of which she is chair and CEO and, by 2000, had expanded her portfolio to include oprah.com and O, The Oprah Magazine – the latter heralded by Forbes as the most successful start-up ever in the industry.

Oprah’s ventures into digital and print media also reportedly helped grow her net worth to US$800 million. “The reason I’ve been able to be so financially successful is my focus has never, ever for one minute been money,” she says.

More success followed in 2011 with the launch of a television station, OWN, (Oprah Winfrey Network). But while she’s gone from being dirt-poor to a multi-billionaire, Oprah still doesn’t like referring to herself as a businesswoman.

“I don’t think of myself as a businesswoman,” she announces. “The only time I think about being a businesswoman is now, while I’m talking to you. There’s this part of me that’s afraid of what will happen if I believe it all.”

“The ability to say no and not to feel guilty about it is the greatest success I have achieved.”

However, there’s no denying that’s how others see her. The internet is awash with her business bon mots in the form of video compilations and memes, and while she’s declined too many corporate invitations to mention (she says she replies, “Guys, I don’t know what I’d be doing on your board”), the one she did accept was from Weight Watchers in 2015, buying a 10 percent stake and joining its board of directors. 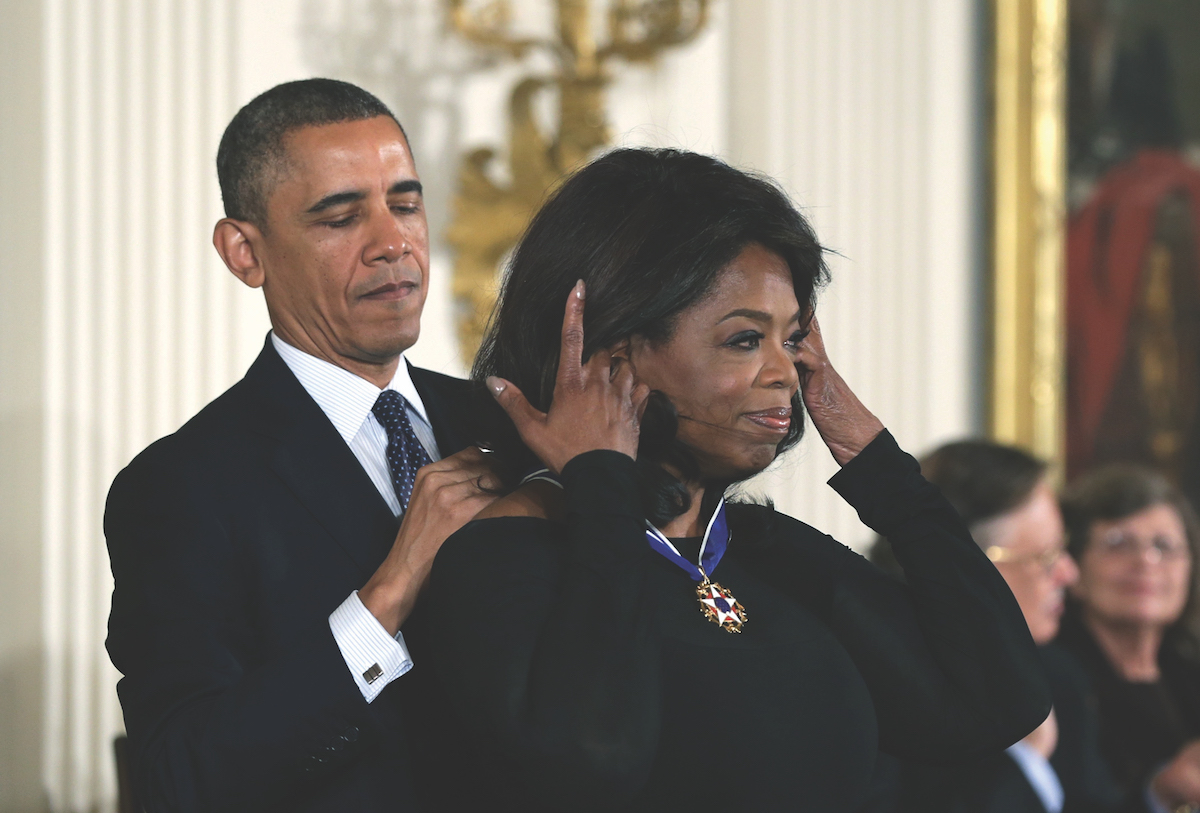 The hope presumably being that like so many before them, the diet industry giant would benefit from ‘the Oprah effect’ where the mention of a product on Oprah would send sales sky-high.

But Oprah’s keen to deflect any notion of her success being down to luck. “I feel that luck is preparation meeting opportunity,” she says, preferring to concentrate on the hard work she’s put in that’s brought her to this point.

“I am really good at working. Committed. Diligent. With stamina on steroids.”

But whether she’s sitting in her book-lined West Hollywood Harpo offices, with a framed photo of herself with Nelson Mandela on the desk, or curled up in her favourite reading spot under a great oak at ‘The Promised Land’, her 17-hectare palatial property in California, one thing ‘I know for sure’, as Oprah herself likes to say, is what for her constitutes accomplishment. It boils down to just one word: No.

“The ability to say no and not to feel guilty about it is the greatest success I have achieved. For me to have the internal strength and internal courage it takes to say ‘No, I will not let you treat me this way’ is what success is all about.”

As for the future, Oprah’s unequivocally excited. There’s her new foray as special contributor for 60 Minutes on CBS that, as she talks about it, sounds as if it’s right out of old-school Oprah.

“At a time when people are so divided, my intention is to bring relevant insight and perspective,” she enthuses. “To look at what separates us, and help facilitate real conversations between people from different backgrounds.”

Only time will tell if those conversations will see her speaking from the White House.

The full article on Oprah Winfrey appears in the May issue of The CEO Magazine, on sale 19 April 2018. Subscribe today.