A good speech has the ability to inform and inspire. So why are corporate presentations so notoriously dull? The leader of TED Talks explains how to change the world with words. 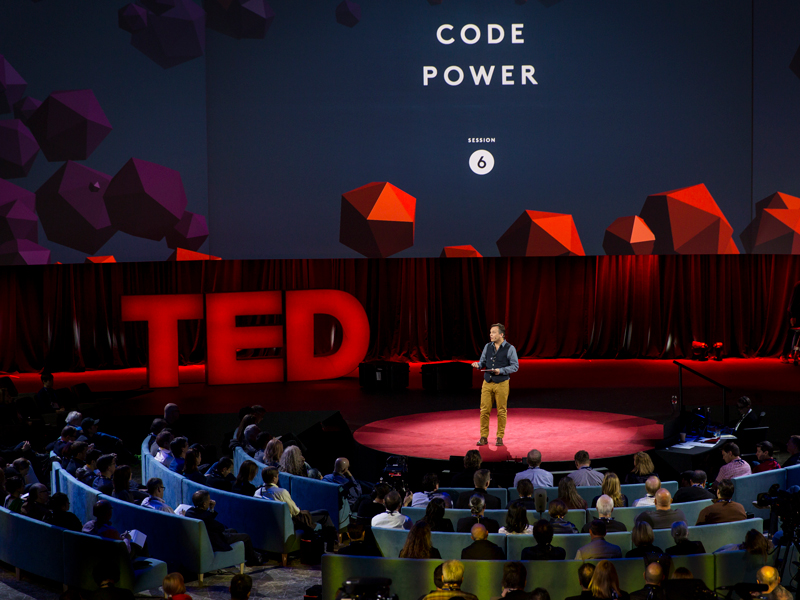 It’s the last day of a conference in California. An audience of about 800 people is ready for the final few talks. For Chris Anderson — dressed in a wrinkled white T-shirt and so nervous that he must sit rather than stand on stage — the stakes could not get any higher. His future depends on what he says in the next 15 minutes.

“You know,” he says, clutching his notes, “this, um, is your conference. And I think you have a right to know a little bit right now, in this transition period, about this guy who’s going to be looking after it for you for a bit.”  As stirring oratory goes, “I have a dream” it ain’t. But it worked.

That event, back in 2002, was the last TED conference under the leadership of architect Richard Saul Wurman, who had started the series 18 years earlier to discuss technology, entertainment and design (hence the acronym). Chris had taken over a few months earlier and things were not going well. Only a handful of people had signed up for the next event. Many believed TED could not survive without Richard. 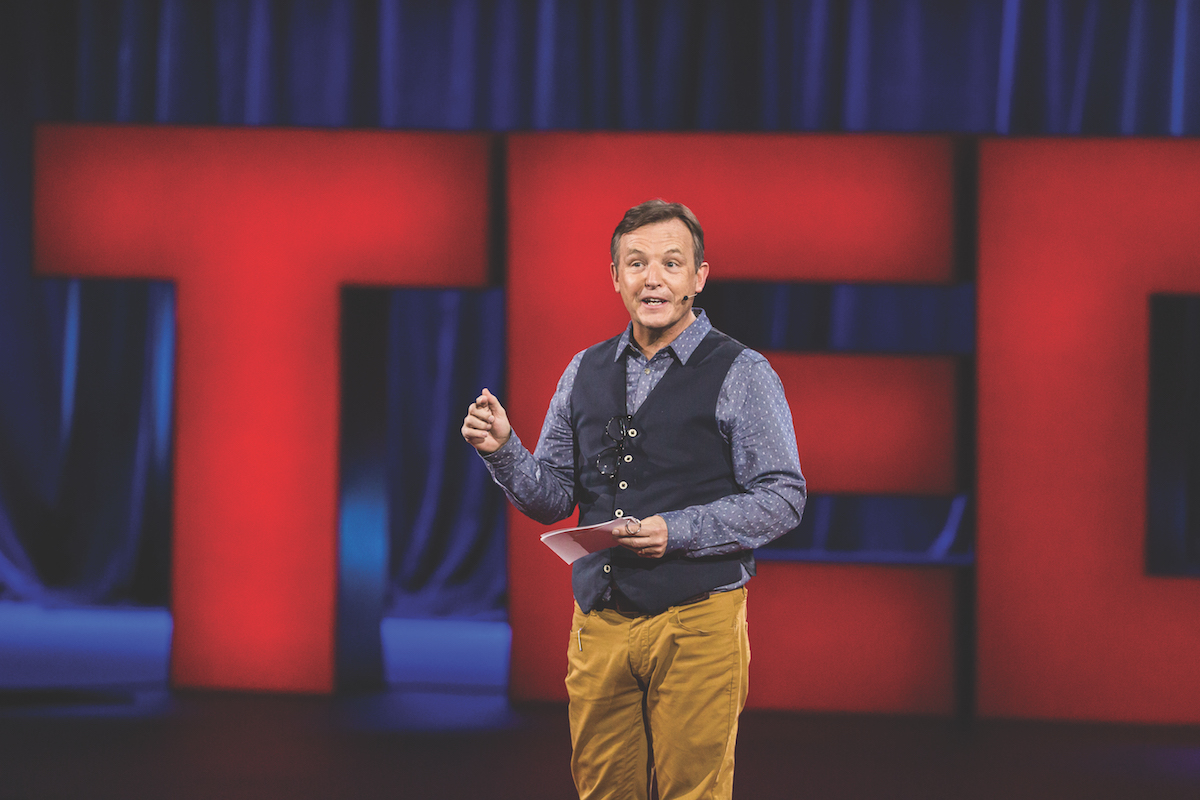 But Chris spoke from the heart. He told them of the recent collapse of his publishing company. Of how he’d found solace in books and ideas. Of his faith in TED’s ability to spread concepts that mattered.

That talk was the beginning of Chris’s global, multimedia, non-profit empire. From an annual conference, TED has grown to include spin-off events around the world, a book-publishing arm, a fellowship program, an education initiative, and an annual $1 million prize.

Then there are the videos. On TED’s website, there are more than 2,000 filmed talks, none more than 18 minutes long. Right now, for example, there are talks available to view that will tell you how nuclear power can help solve climate change, what humans will look like in 100 years, and how to challenge gender stereotypes with the power of ballroom dancing.

“Truth be told,” says Chris, “our experiment putting a handful of TED Talks videos online for free back in 2006 took off in a way we could never have predicted. Suddenly there was a platform — and an audience — for our talks outside of the conference theatre.”

The most popular videos swarm across the internet and turn their speakers into celebrities of geekdom. Social psychologist Amy Cuddy had a hit with her talk about how changing your body language can raise your confidence. More than 37 million people have watched it online. The talk sparked dozens of studies to test her hypothesis (several concluded it was false) and resulted in a torrent of fan mail from strangers, including more than a few marriage proposals.

No wonder Chris and his team are convinced of the power of the spoken word. Not that he considers himself a natural public speaker; he still gets nervous every time. “I actually don’t think people ever get over stage fright — I certainly haven’t,” he says. “What I’ve learned, though, is how to manage it. There can be really powerful ways to harness that terror and use it as your motivation.” Chris’s book, TED Talk: The Official TED Guide to Public Speaking, proposes a series of principles drawn from the TED stage that can benefit speakers, whether they’re making a toast or addressing a boardroom.

Chris’s book, TED Talk: The Official TED Guide to Public Speaking, proposes a series of principles drawn from the TED stage that can benefit speakers, whether they’re making a toast or addressing a boardroom.

In the business world, a good talk can be the difference between failure and success. Chris gives the example of entrepreneur Elon Musk, founder of American aerospace manufacturer SpaceX. On the day of the company’s third rocket launch in 2008, the spacecraft blasted off, then exploded. Everyone knew the disaster could close the company. Despondent employees gathered to hear the worst and Elon began to speak. He told them that despite the setbacks, they’d achieved something extraordinary: the first stage of a launch into outer space. “For my part,” he said, “I will never give up, and I mean never.” The mood changed from despair to determination. That’s the power of a talk.

When Chris bought TED, he was reeling from the near-collapse of his two other companies. He has said that at the time, he was losing “about $1 million a day, every day, for 18 months.”

And yet, corporate presentations are often so dull that ‘death by PowerPoint’ has become a cliché. The business world seems prone to lazy speaking habits: reading text from a screen, plodding from bullet point to bullet point, choking sentences with jargon and meaningless terms invented by marketing experts.

The trouble with many business presentations, says Chris, is that they focus on what they can get from their listeners, rather than what they can give. “Hawking a product or touting the benefits of your company is a sure-fire way to lose your audience,” he says. “Instead, try actually gifting the audience with an idea — something they can use in their own lives.
They’ll be more likely to give you their attention.”

“Each of these leaders dedicated enormous time and care to honing their abilities,” he says.

Chris’s book offers practical advice on everything from what to wear to the use of visual aids. But he stresses that style should never take precedence over substance.

He advises speakers to slash back their range of topics to a single concept. Whatever the contents of a speech, every joke, every fact, every anecdote, should be relevant to that central idea. 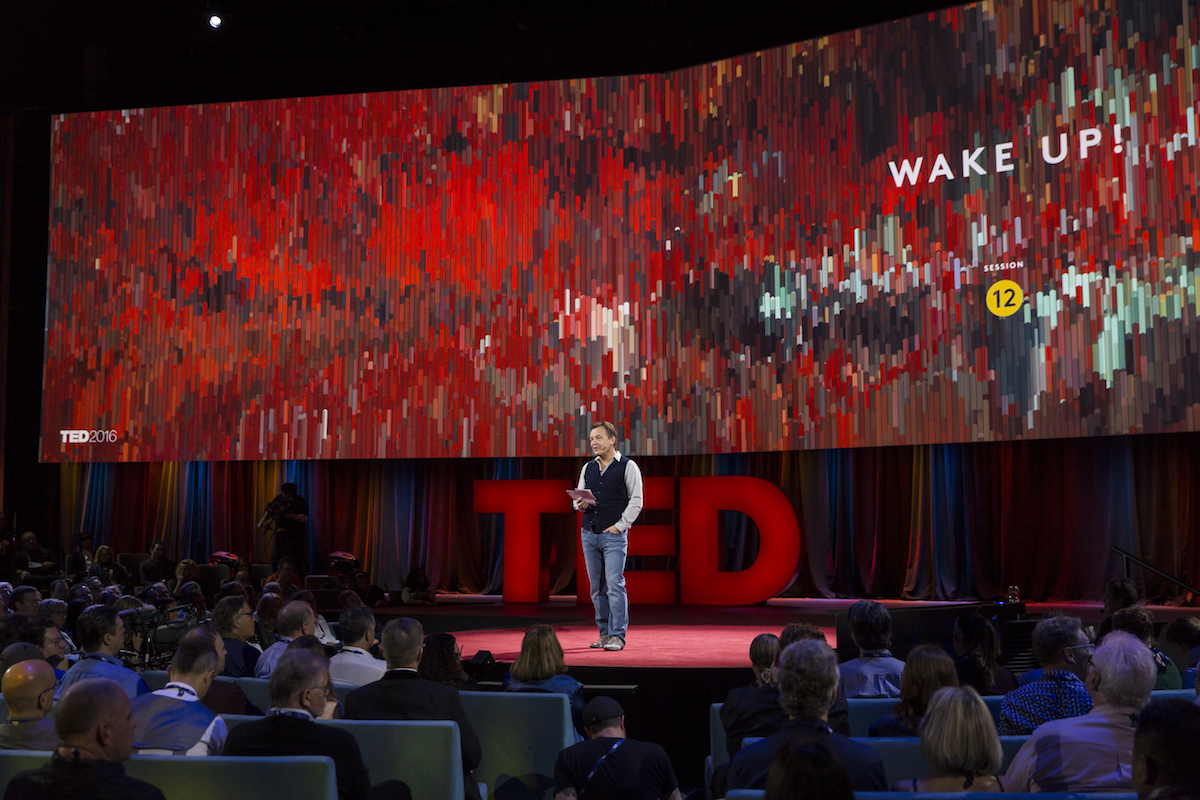 When Chris bought TED, he was reeling from the near-collapse of his two other companies. He has said that at the time, he was losing “about $1 million a day, every day, for 18 months.”

TED speakers are not always polished performers. Researcher Brené Brown let slip a few “ums” during her talk on vulnerability. She scratched her nose and brushed her hair from her eyes. It didn’t matter. Her talk has been viewed more than 27 million times online. “One of the best ways to disarm an audience is to first reveal your own vulnerability,” writes Chris in the book. “If you’re feeling nervous, it can actually work in your favour. Audiences sense it instantly and — far from despising you, as you may fear, the opposite happens — they begin rooting for you.”

As TED has grown, it has attracted its share of detractors. Benjamin H Bratton, a professor at the University of California, San Diego, memorably used his talk at an independently organised TEDx event to criticise what he saw as the format’s simplification of complex ideas into “middlebrow megachurch infotainment.” But no-one could deny that TED knows how to pull and hold an audience.

Do the techniques of TED work for any speech? Writer and speaker Rachel Hills has given two talks at TEDx events, exploring the ideas in her book The Sex Myth: The Gap Between Our Fantasies and Reality.

“Regular public speaking is completely different to TED public speaking,” she says. “Usually for me, the focus is on creating a connection with the people in the room. What makes TED so valuable as a brand is that the talk ends up online — you are producing, essentially, web content, so it needs to be much more tightly written.”

Chris, however, believes the basic ingredients of a talk that connects with an online audience are the same as those of one that holds a room: a great idea, well delivered.

“We’re witnessing a widespread renaissance in public speaking, driven by an unexpected technological development,” he says. “Give a good talk, put it online, and you have the potential to rewire the brains of those listening. The potential consequence of this scaled audience is unlimited.”

Louise Schwartzkoff is the Spectrum editor for The Sydney Morning Herald. Her work has appeared in publications including The Age, The Guardian and Time Out.