Making difficult decisions takes great courage, and even the wrong decision is better than none at all. 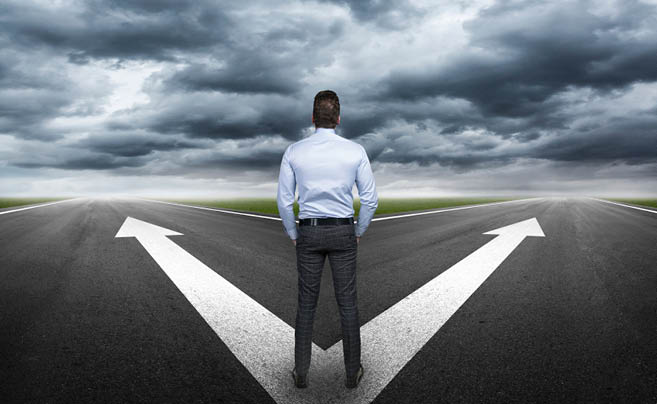 If, as leaders, we act with good integrity and intent, consult where possible and then make a decision that ultimately proves to be incorrect, we will be forgiven. However, if we fail to make any decision at all we won’t be forgiven.

The great and the good

All over the globe, in times of crisis and disaster, there are many examples of leaders who are good, those who are great and those who have to be replaced when paralysed by the fear of decision-making. The great leaders are the ones who surrounded themselves with good people and listen to their ideas. They then stand up, make the difficult decisions and continue to keep doing so. There is a clear demonstration of confidence and courage, but without arrogance or disregard for the implication of their actions.

Those leaders—and indeed organisations—who are recognised as being at the top of their game are often the first to act when there is precedent as to how to respond. It is those leaders who often stand out among their peers and competitors.

When there is no path that has been trodden by those who went first, it does take courage to lead the way.

Working within the disaster zone following the Bali bombings, many challenges were experienced for the first time. Of course, there existed policy and procedures for dealing with crime scenes, the recovery and identification of bodies, but there was nothing in place that dealt with the scale and complexity of the challenges that were faced by those on the ground.

The more senior position you hold the greater the likelihood that the decisions that you make will have a far-reaching impact upon the lives of an ever-increasing number of people. For some of these decisions you will lay awake at night asking yourself ‘Is what I am about to do the right thing?’ You will make that decision and then you will spend another number of countless nights awake thinking ‘Did I do the right thing?’ Some of these decisions will be on a business level and some will be personal. But as a leader you should take comfort from the fact that you had the courage to make difficult decisions, because that’s what leadership is all about.