Homegrown in Western Australia, Hertel Modern is a leading construction company with hard work, loyal staff and family values at its core.

Homegrown in Western Australia, Hertel Modern is a leading construction company with hard work, loyal staff and family values at its core. Like his father before him, Steve Skea started his career as a young sheet metal apprentice, working for his father’s company, Modern Industries. “My father wanted me to learn the business, so I went to the North West of Western Australia and worked on the tools for a while before I moved into the logistics, finance and procurement side to get a better grounding in the industry,” he says.

After furthering his career in Queensland, Steve spent two years in Singapore as Contracts Manager for Modern Access Services Singapore before returning to Australia in 2010, when leading international industrial services company Hertel acquired Modern Industries – with the objective of adding value to its current offering, and servicing the growing LNG and Offshore sector in Australia and South East Asia.

After multiple name changes and acquisitions, Hertel Modern has now emerged as a leading multidisciplinary maintenance and construction organisation in the industrial and resources, offshore, infrastructure and commercial building sectors.

Homegrown in Western Australia since 1980, the business has been involved in many of the region’s landmark developments, as well as projects in 26 countries around the globe. Hertel Modern is fiercely loyal to its 1,300 employees, and is a market leader with a reputation for reliability, safety and continuous improvement.

“Over the past 20 years, I’ve been groomed to take over the company from my father. I’ve worked my way up from a construction worker to Contracts Manager, then from Operations Manager to General Manager,” says Steve. “I’ve placed a stronger focus on diversifying our business from its usual core activities of insulating, painting and scaffolding to manufacturing. I’ve streamlined our workshop and our onsite workers to increase efficiency and open up more avenues within the business.

Going from strength to strength

“We are by far one of the best businesses in the industry because even though we run some of the lowest overheads, our people are still extremely well-paid. I’ve seen this company go from strength to strength, and our turnover has quadrupled since the 80s. We value quality over quantity, and we’ve grown without having to increase our staff by much.” 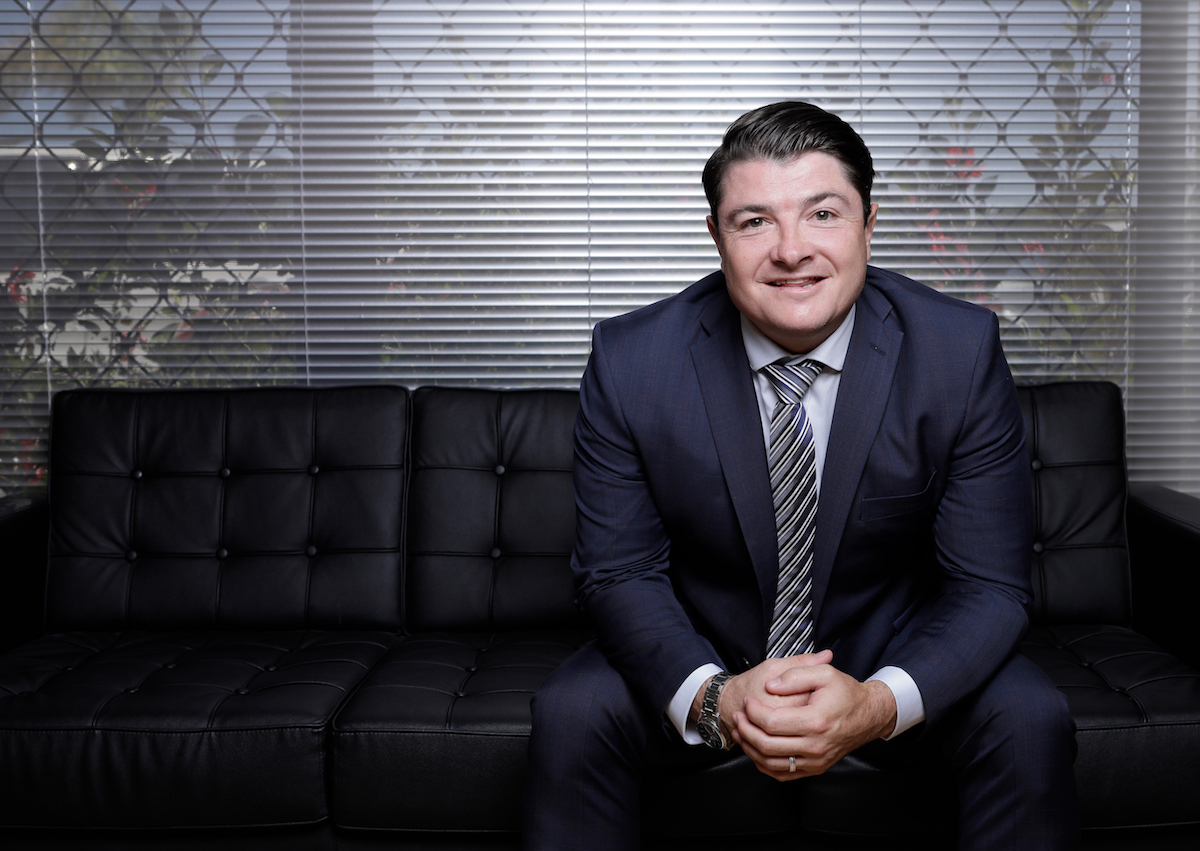 Hertel Modern’s impressive track record is complemented by the international experience of its team members. “The biggest challenge for us was restructuring during the negotiations for the enterprise bargaining agreements (EBA), where it was a race to the bottom to find the lowest industry pay rates – I didn’t like that. The guys onsite are the ones making the money, and they’re the most important people in our business.

“Although we had to let a few go, we have a very low staff turnover rate and we always promote from within. It’s extremely hard to get in here, but everyone in the industry knows that a job with us is a job for life. Our culture is built on family values – we work as a team and we make decisions as a team. As a result, people genuinely love coming to work. If there’s one thing I’ve learned, it’s that when people can see a successful path for themselves, they’ll follow you anywhere.

“As the EBAs came through and the market started to drop, we took a far lower margin than most of our competitors while still paying our employees more. We have guys who started as apprentices and over the past 35 years we’ve built them up to become supervisors and project managers.”

Steve doesn’t like to take credit for his success, instead pointing out how his job is made that much easier thanks to the hard work of his team. “They’re the reason we have such a great reputation. We have fewer people who do more work at a higher standard. For example, last week we were on a small project where the client wanted us to put 20 guys onsite. We put 10 on and we did it in half the time. Even though this costs us, it benefits the client and we always get follow-up work. We also have great success in retaining our core suppliers, and that makes a big difference to our success.”

The client wanted us to put 20 guys onsite. We put 10 on and we did it in half the time.

Under Steve’s leadership, Hertel Modern is now structured to meet the current and foreseeable future demands of the diverse industry in which it operates. Steve plans to continue building on the company’s rich history and hard-earned experience to deliver quality products and services, ensuring on-time, on-budget and minimum-risk outcomes for all stakeholders.

“We’re currently in the process of shifting into a much larger manufacturing workshop with a lot more overhead cranes, which will give us the opportunity to grow the business in different directions in terms of manufacturing,” says Steve.

“Over the years, I’ve seen wages go through the roof and now I’m seeing everything start to come back down. The reason behind this is that when it becomes too expensive to be part of the resource industry in Australia, companies turn to countries like Africa, China and Indonesia where the labour is considerably cheaper and it will cost them a third of the price to build a plant.

“I expect to see an alignment of the wages in this country in the coming years. Once this happens, we will be more competitive, and overseas investors such as BP, Chevron, INPEX and Shell will begin to invest in this country again. Although 70%–80% of our workforce is based in Australia, we’re always willing to branch out and help our overseas counterparts depending on market conditions. We are open to these opportunities to grow the business but we also want to keep our current people employed.”

Steve’s passion for his work pales in comparison to the inspiration he takes from working with his father. “I love working with him more than anything, but over the past four years, he has taken a step back while I’ve stepped up to run the business. He inspires me with the drive he had to go from being an apprentice sheet metal worker to a captain of industry. I’m motivated to exceed his legacy and create my own. This ambition and job satisfaction filters down to everyone in the company and it’s exactly why we’re a market leader.”