Alan Manly is a passionate entrepreneur. He has more than thirty years of experience in the technology and education industries, and this bank of knowledge has culminated in the foundation of Group Colleges Australia (GCA) — a range of training institutions that ten years ago was expanded to include the Universal Business School Sydney (UBSS) MBA program in order to support the next wave of Australia’s entrepreneurs.

“I really like seeing students get it, knowing that they too can be an entrepreneur,” shares Alan, who is also GCA’s CEO. “I believe you can be an entrepreneur in all sorts of ways. And the freedom that comes with being an entrepreneur can take people away from what might be a pretty ordinary background and into a career they can flourish in and do things they are excited about. It’s wonderful to see people when they finish a course with UBSS, because you can just tell that they’re going to go out and do some things they maybe weren’t brave enough to do before. It’s almost like a freedom ticket. You see the most unlikely people with the greatest or wildest ideas; they might be physically or personally diminutive, yet you can see there is a tiger waiting to unleash itself on the world. That’s a lot of fun.”

Alan states that his story is not dissimilar to those of the students who attend his college; he too had somewhat of an ordinary background before he found his entrepreneurial spark.

His professional career started as a computer engineer, working for a large US-based company. From there, he progressed into the position of a marketing manager before being attracted to a computer college that taught programming. “Some people would probably say that it was at that time that I suffered an ‘entrepreneurial seizure’,” Alan says with a smile. “I had a perfectly good corporate job but I wanted something more.” 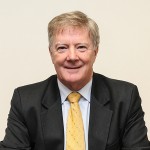