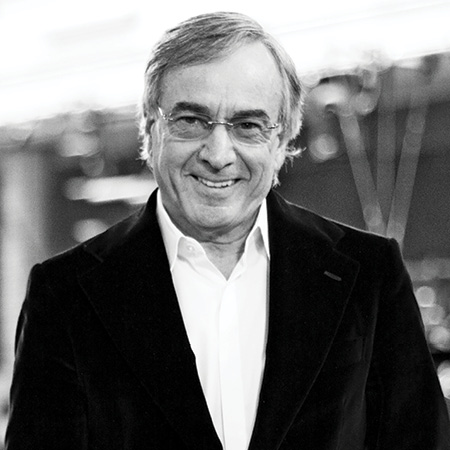 A Cirque du Soleil performance is unlike anything you’ve ever seen. It’s full of colour, spectacle, imagination, emotion and wit. It turns circus acts on their head, elevating them to a completely new level — to a place that’s daring and dangerous. Combining acrobatics and clowning, it delivers timeless and original shows that are quintessentially Cirque du Soleil. There’s truly nothing quite like it anywhere else in the world.

It makes perfect sense then that the CEO of an organisation like this would have a huge smile on their face, thrilled to be part of an evolutionary performance brand that has grown exponentially throughout its existence. That’s certainly the case for Daniel Lamarre, whose interesting journey with Cirque du Soleil began three decades ago. 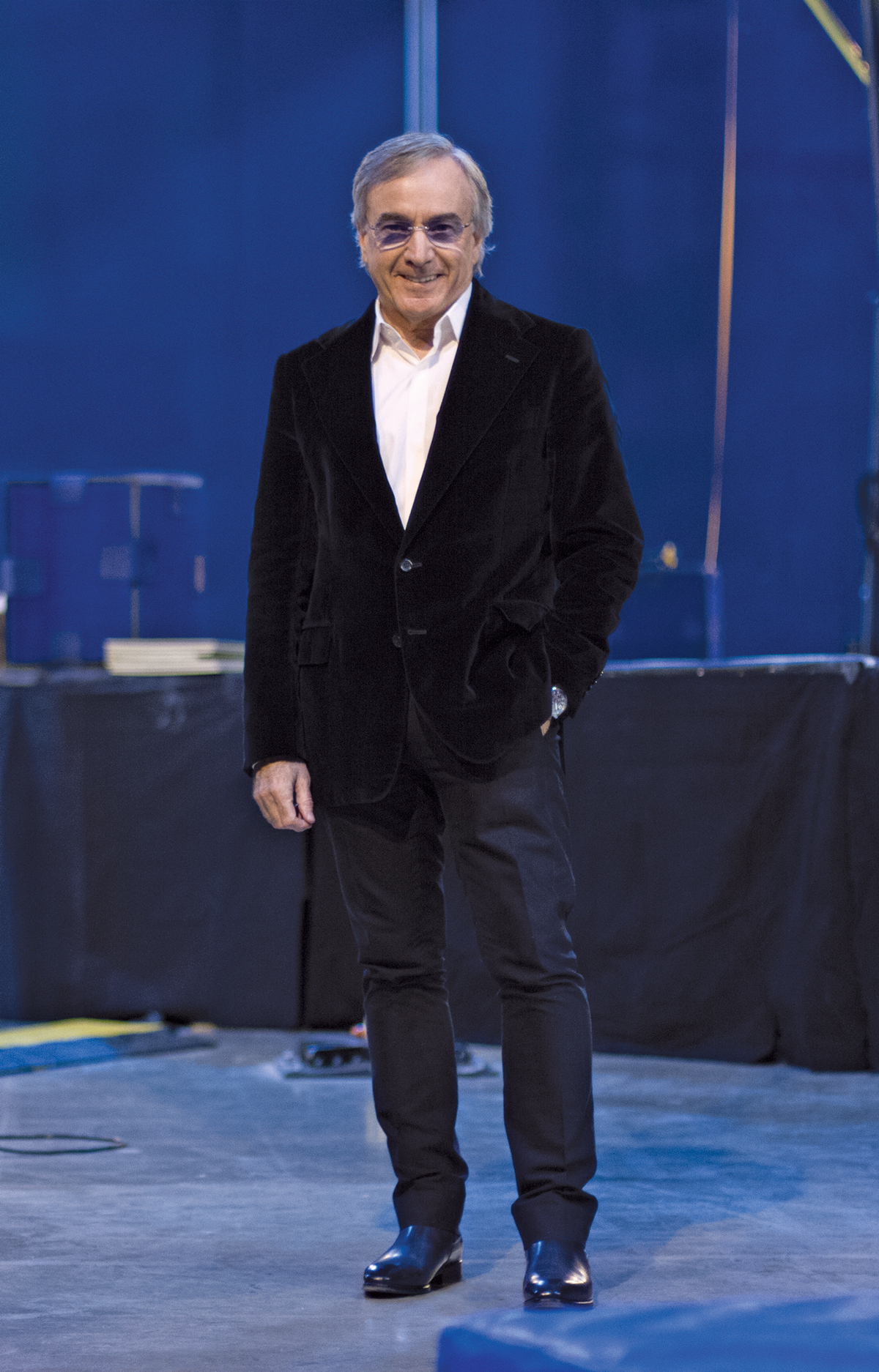 “It was in 1986 and I was the owner of the largest public relations firm in Canada,” he says. “I did a mandate for Guy Laliberté, the founder of Cirque du Soleil, and back then he couldn’t pay my bill. I stayed in touch with him though, and he called me about 15 years ago to say, ‘You are going to join the circus.’ And here I am.”

Cirque du Soleil began in the early 80s in Canada with a bunch of performers who would roam the streets while juggling, walking on stilts, dancing, breathing fire and playing music. Slowly and steadily it grew, and today is a highly diversified, respected organisation. It boasts nine permanent shows and 11 touring shows, with performances in 350 cities all over the world.

“We’re the only entertainment company that tours this much,” Daniel says. “And we keep expanding.”

The current focus for the business is on China — a relatively untouched market that’s showing huge potential. Expansion there could double the size of the company in a short time. “There’s so much going on,” Daniel says. “I’m personally going to China every six weeks because there are so many things happening there; it’s such an exciting time at Cirque du Soleil. We already have a deal to open a permanent show in Hangzhou, and we have several other things that are currently in discussion. Our partners TPG, Fosun Capital Group and Caisse are supporting us with our entry into China.”

Another exciting development is the inaugural Cirque du Soleil theme park, which is expected to open in 2018 in Nuevo Vallarta, Mexico, thanks to a collaboration with Grupo Vidanta and Goddard Group. The amusements will be immersive, with guests invited
to become a part of the show rather than simply spectators. “It’s going to be a huge project that’s being financed by our partners,” Daniel shares. “It’ll open up a completely new category of live entertainment content. It’s going to be quite spectacular.” 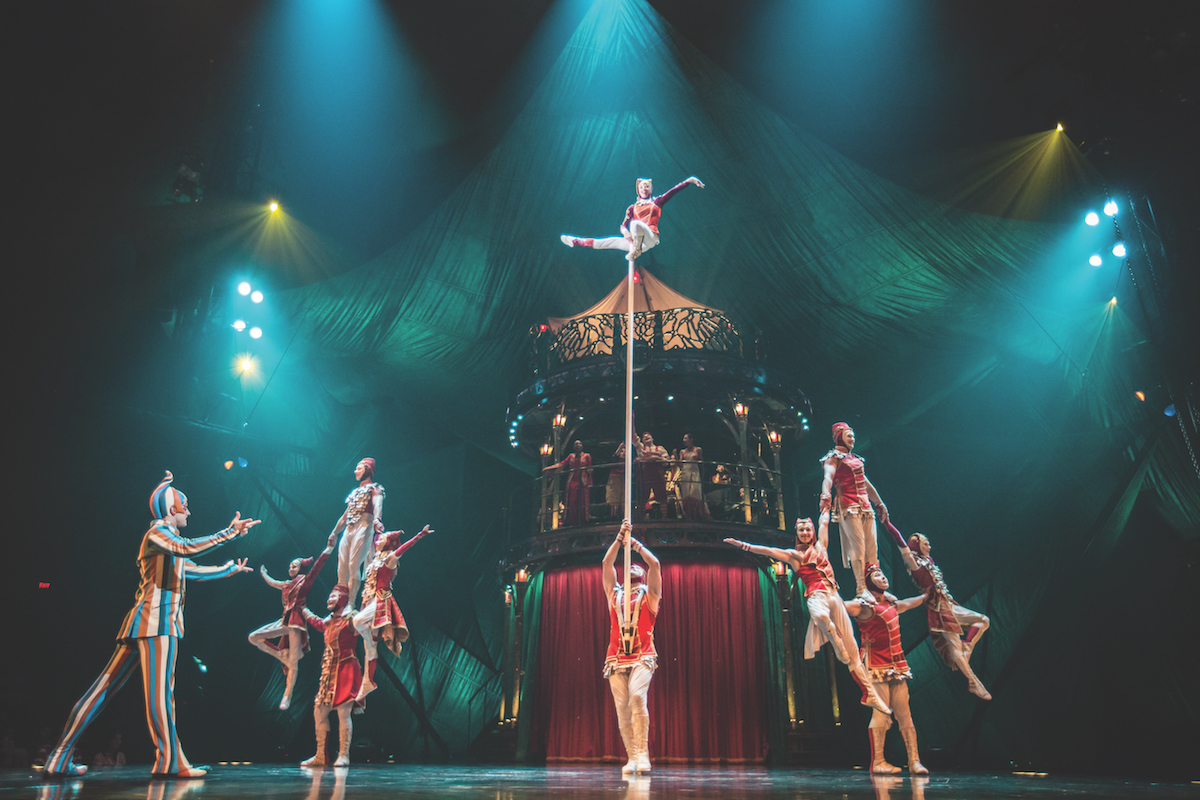 “Thanks to the quality of the brand and the presence we have on social media, artists are regularly sending us their work. We have 75,000 artists in our data bank.” – Daniel Lamarre

An amazing pool of talent

Something Cirque du Soleil is well known for is its ability to deliver performances that are ever relevant to a wide audience. Whether a person lives in Canada or China, the UK or Australia, it doesn’t matter; everyone can enjoy and take something valuable away from an experience inside the Grand Chapiteau, or Big Top. According to Daniel, this success largely comes down to the fact that it has 49 different nationalities represented in its talent pool. 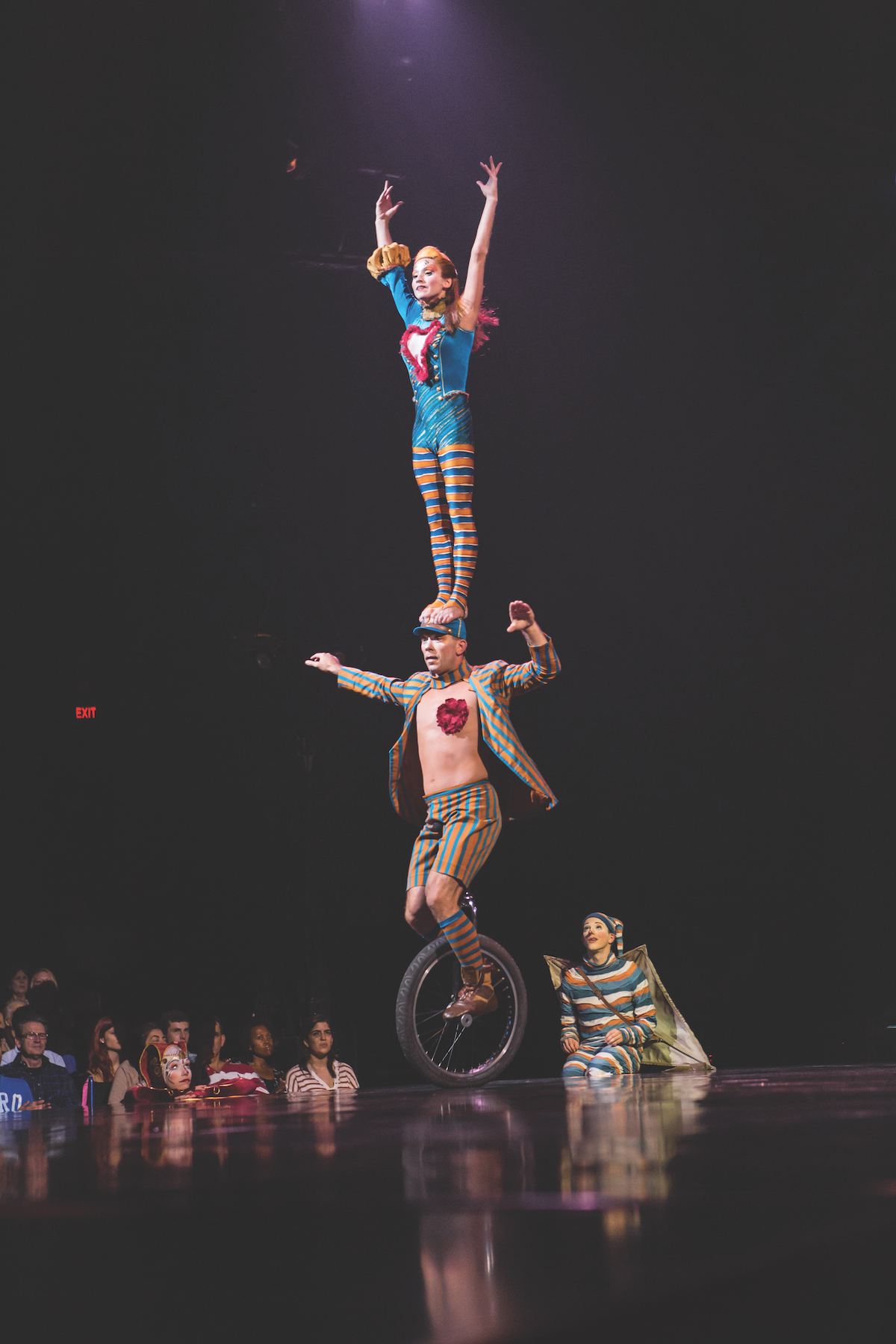 There’s a huge casting department with scouts who travel all over the world, constantly on the lookout for emerging new talent. “We want to always surprise our customers, so we need to keep our eyes peeled for any impressive performers or acts that can take a Cirque du Soleil show to the next level. The good news for us is that we’re spoilt for choice. Thanks to the quality of the brand and the presence we have on social media, artists are regularly sending us their work. We have 75,000 artists in our data bank, and we’re incredibly lucky to have access to this amazing pool of talent.”

Once a performer becomes a member of the Cirque du Soleil crew, the company works closely with that individual to ensure they’re properly trained and receive the necessary support. The coaches and artistic directors for each show nurture them and encourage them to grow in their careers, and this is something Daniel says is extremely important. “We develop nutrition plans, and there are choreographers on hand to invent new ways to present a particular act.

Our artists are great athletes and great performers but, further to that, we need to give them the artistic values they require for the audience to be able to have a wonderful overall experience when they buy tickets to see Cirque du Soleil.” And the expectations of visitors are extremely high. “That’s probably the toughest part of what we do,” he continues. “If you’ve seen a couple of Cirque du Soleil shows and you love the brand, it becomes tougher to surprise you.

“The expectation of what we’ll deliver at a new show is so high, and that’s a challenge. The entire process from the start, when we give a mandate to a creative team and they come back to us with a concept, to the end delivery of a show, can take up to two years because we want to get it just right.”

Changing with the times 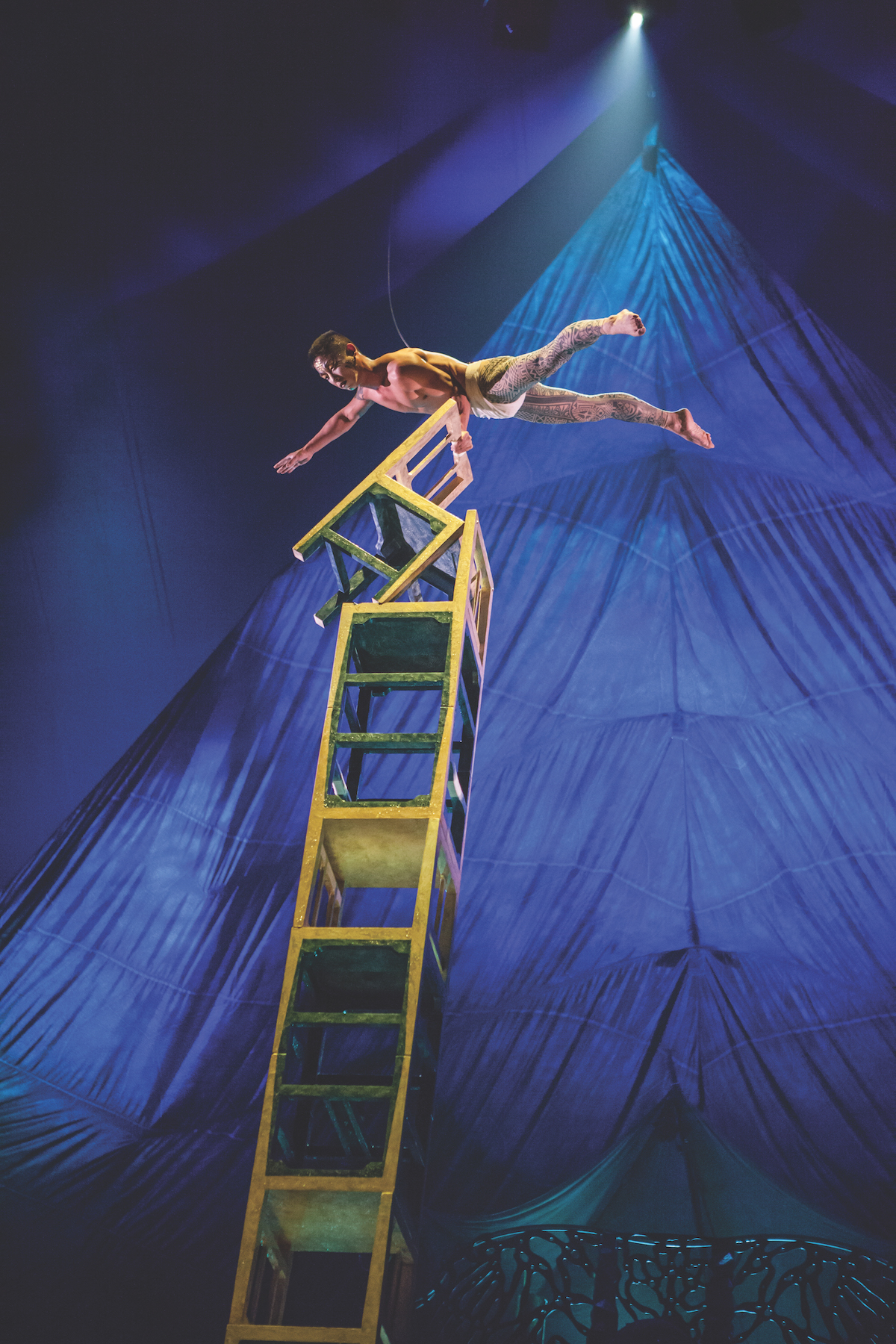 The use of technology helps to wow the crowd, and this is an element that has long been ingrained in the Cirque du Soleil philosophy, as Daniel explains: “We’re constantly investing in research and development to ensure we’re at the forefront of this. I truly believe that in the future, new technologies are going to have a huge influence on live entertainment in general. It’s crucial we embrace it.” The ability to reinvent itself is also important, and this has led to Cirque du Soleil becoming a “totally integrated live entertainment organisation”. “That was the challenge we gave ourselves a few years ago,” Daniel says, “and we seem to be moving in the right direction. We have delivered shows based on music by The Beatles and Michael Jackson, and we have recently opened a show on Broadway. There are lots of things in the works.”

While the brand is poised for significant growth — both financially and geographically — Daniel assures that Cirque du Soleil will never lose the one thing it’s most well-known for: its ability to put on an excellent show. “I have an expression that really describes my philosophy. If you take the words ‘show business’, the word ‘show’ comes first. Therefore, if you have a great show, you will have a great business. If you don’t have a good show, you’ll have no business. What this means is that you must give priority to the content of the show because that’s what’s going to deliver good business for you. Of course, we have financial disciplines and we make sure that we have some business parameters in place that will allow the company to be successful financially, but the core value of our organisation is that we give priority to our creative content first. That is of utmost importance, and no matter what we do, that will always be the key focus.”

Cirque du Soleil’s KOOZA is now playing in Melbourne until 26 March and opens in Perth on 13 April. 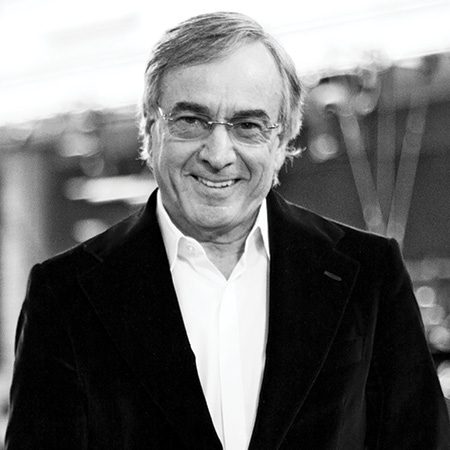