Since opening up to the global market in 2009 and taking a lead on ethical investing, The Stock Exchange of Mauritius continues to punch well above its weight.

Since opening up to the global market in 2009 and taking a lead on ethical investing, The Stock Exchange of Mauritius continues to punch well above its weight. 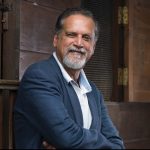 How does such a tiny island-nation, better known as a holiday destination, become home to one of the leading stock exchanges on the African continent?

Best-placed to answer that question is Sunil Benimadhu, who has seen plenty of change in the two decades he’s been at the helm of the Stock Exchange of Mauritius (SEM).

He led the charge to have the SEM admitted as a full-fledged member of the World Federation of Exchanges (WFE) in November 2005.

“Getting membership status has allowed us to join the league of stock exchanges that are compliant with the WFE’s stringent standards and market principles that constitute the guidelines for operating well-regulated markets,” Sunil says.

Intrigued, The CEO Magazine wanted to know more about how Sunil developed a world-leading stock exchange in the most unlikely of locations, so we picked his brains to find out. The CEO Magazine: The SEM won awards for its willingness to take on new challenges. What is the most important decision you’ve made so far as CEO?

Sunil: The single most important decision taken by the SEM in recent years was made in 2009, when we moved away from an equity-centric domestic focus, to become a more international, multi-asset class stock exchange.

We introduced a number of changes to the SEM’s listing framework to allow it to list a wider range of products on its platform.

The SEM also introduced a multi-currency capital-raising, listing and trading platform that is unique in Africa.

It allows an issuer to raise capital, list, trade and settle transactions on any of the SEM’s listed products in other currencies, including the US Dollar, Euro, British Pound and South African Rand.

On the trading front, we recently introduced dual-currency trading on foreign-currency denominated products listed and traded on the SEM platform.

This gives investors the choice of currency in which they wish to trade any foreign currency-denominated security listed on the platform.

The SEM has also taken a lead on the ethical investing front with its Sustainability Index. How successful has this been in attracting investment?

This includes international pension funds that have earmarked a percentage to be managed by listed companies involved in the sustainability space.

SEMSI has 13 SEM-listed companies so far and there is growing interest from other listed companies to put sustainability high on their agendas and eventually be included in SEMSI.

SEMSI provides a robust measure of a listed company’s sustainability performance against a set of internationally aligned and locally relevant environmental, social and governance criteria, inspired by the Global Reporting Initiative Guidelines.

It’s a useful tool for connecting domestic and international investors who are keen on responsible investment in frontier markets with the SEM-listed companies that are championing sustainability.

You established the National Investment Trust and have seen the SEM grow over the years to what it is now. What attracted you to both roles?

My decision to join these institutions was motivated by their exciting growth prospects and the opportunities to enable transformation.

I’ve also been given the creative space to introduce new and innovative ideas with the support of my colleagues and the boards of directors from both institutions.

I’ve noticed time has not adversely impacted my motivation to drive the organisation forward as there is still so much potential to unlock for the SEM and there are so many opportunities to explore.

I also believe that through the SEM, I’m in a position to contribute to developing and positioning Mauritius as a leading international financial centre in Africa.

“Time has not adversely impacted my motivation to drive the organisation forward… as there are so many opportunities to explore.”

Please guide us through the WFE membership process. What was involved?

The WFE carried out a thorough examination of the SEM’s operational, technical and regulatory infrastructure to assess compliance with its criteria.

This was followed by an audit of the SEM infrastructure by a team of members from the WFE board.

On both occasions, the WFE representatives had several working sessions with SEM management, the Central Depository and Settlement Company, market participants, the Financial Services Commission and the Minister of Financial Services.

Everyone aimed for an overall understanding of how the securities industry in Mauritius was regulated, as well as how the sector was positioning itself to ensure compliance with international standards and best practice.

Throughout the whole process, the SEM worked with the relevant authorities and stakeholders to demonstrate the highest levels of market quality.

The benefits of attaining WFE membership are manifold. This achievement has contributed to enhancing the image and credibility of the SEM and Mauritius as an international financial centre.

What were the main challenges involved in gaining WFE membership?

The major challenge we had to face was the submission of our membership application to the WFE at a time when the legal and regulatory landscape of the securities industry in Mauritius was going through a major overhaul.

The Mauritian government was enacting new securities legislation and regulations that were intended to broaden and deepen the securities industry.

We also had to ensure that we had the appropriate structures, rules, internal controls and procedures in place to properly discharge our responsibilities and obligations under the new legislative framework.

What do you see as the key challenges for stock markets in emerging markets in the medium term?

I see more opportunities than challenges over the next few years.

Emerging stock markets have had a rough ride between 2013 and 2015 due to faltering growth rates in the BRICS countries [!brazil!], sharp drops in commodity prices and sharp currency depreciations.

These stock markets have recovered in 2016 and 2017, and the next two years appear more promising for emerging stock markets due to improved growth forecasts for the emerging/developing economies bloc to 4.9%in 2018.

How would you describe yourself as a leader?

I consider myself to be an innovation freak, always pushing my management to embrace new initiatives and work on new ideas.

I also think I’m a fast executor who ensures that valuable ideas are transformed into concrete initiatives in a timely manner, and believe in the power of delegation and teamwork.

What has been more valuable in your career – formal education or on-the-job training?

Formal education has sharpened my analytical skills, developed my critical thinking ability and empowered me to think strategically.

On the other hand, learning on the job has given me the mental agility to adapt ideas to changing circumstances and implement these ideas effectively.

So for me, formal education and on-the-job learning go hand-in-hand and have been equally valuable.

Having knowledge is important but developing the ability and skills to use that knowledge in the most effective manner is just as important.

What is the best advice you have been given in the finance industry?

The best advice I’ve been given is that the finance industry is a known world of unknowns where to succeed, one must always strive to be ahead of the curve in terms of new ideas, products and undertakings.

I have applied this advice at the SEM where we continuously strive for new ideas and ventures to better serve our key stakeholders.

This includes issuers, investors, users of our market data and the wider public.

The exchange business is very competitive and we are competing on a permanent basis to attract new issuers and investment flows to our platform.

“One must always strive to be ahead of the curve in terms of new ideas, products and undertakings.”

What are some qualities you look for in people hoping to join the SEM staff?

As the SEM is still undergoing a transformational journey and is establishing itself in the international exchange space, it’s imperative that our staff are engaged and enthusiastic about our vision.

Fast facts:
The SEM has 88 listed companies across two markets representing a market capitalisation of US$6.8 billion.

They must also be open-minded and agile in the face of change and innovation.

Obviously, I try to match the skill sets I’m looking for with the peculiarities and specific requirements of the relevant job.

However, I generally tend to hire intelligent, competent people with great problem-solving and communication skills.

A strong work ethic, integrity, dependability, positivity and a motivated attitude are also important traits I look for.