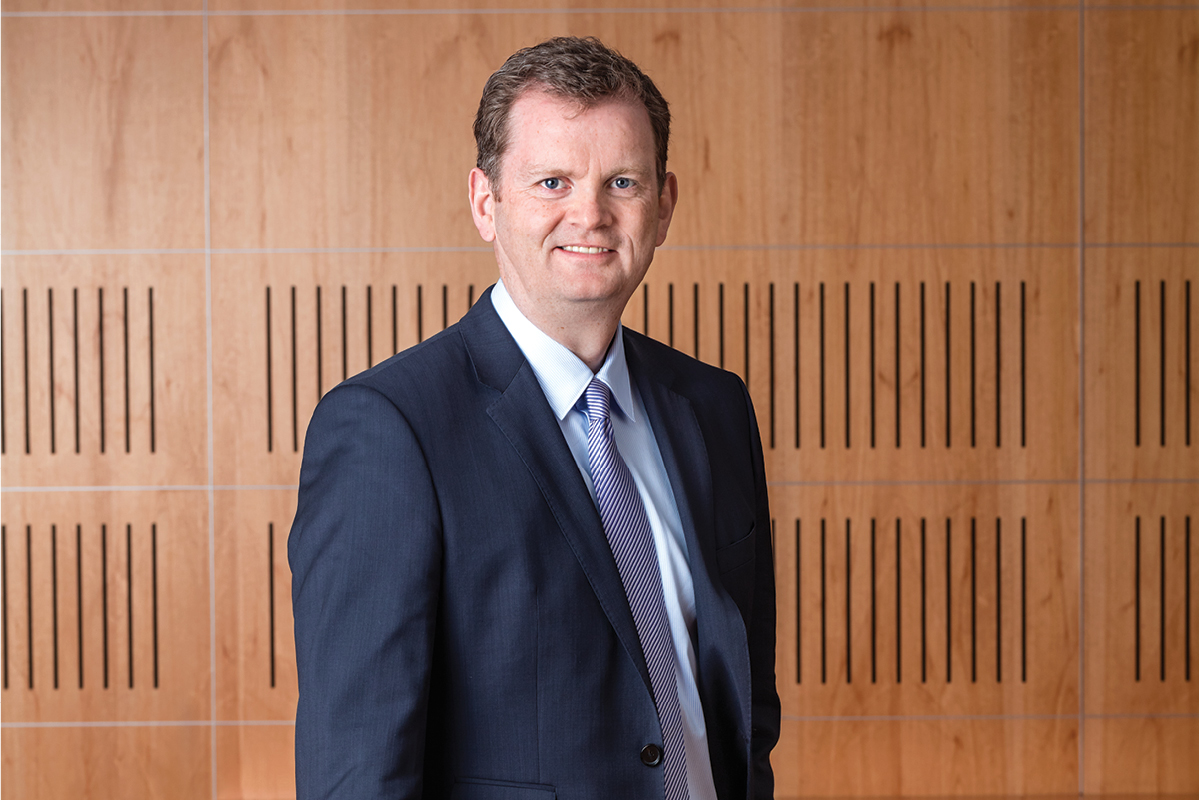 There’s no doubt Michael Kavanagh is a marketing man. He promotes his product effortlessly, spouting facts and figures – and there are plenty of them – to prove Nanosonics’ trophon EPR is a global phenomenon.

It’s also clear that Michael’s enthusiasm runs deeper than just engaging the skills he acquired from an MBA in International Marketing and General Management. Nothing the CEO of Nanosonics says is textbook talk – unless, of course, you start getting scientific, as that’s when Michael’s science degree kicks in, probably explaining why this man has spent more than 25 years working in the medical device and pharmaceutical industries.

Strip Michael of his marketing prowess and his scientific insight, however, and you discover a man relentlessly passionate about his infection-prevention company and its products. The trophon, Nanosonics’ flagship product, is a revolutionary system used to disinfect external and internal ultrasound probes to a high level, thereby preventing the possibility of cross-contamination between patients in hospitals and clinics, and reducing the incidence of healthcare-acquired infections (HAIs).

Michael wants it to become a household name to rival Australia’s other medical technology breakthrough and success story, the cochlear implant. After all, having spent 11 years as Cochlear Limited’s senior vice-president of global marketing and watching firsthand hundreds of thousands of lives instantly transformed, the famous bionic ear is close to his heart. It has also set the bar for how high Michael hopes the trophon will soar on a worldwide market. 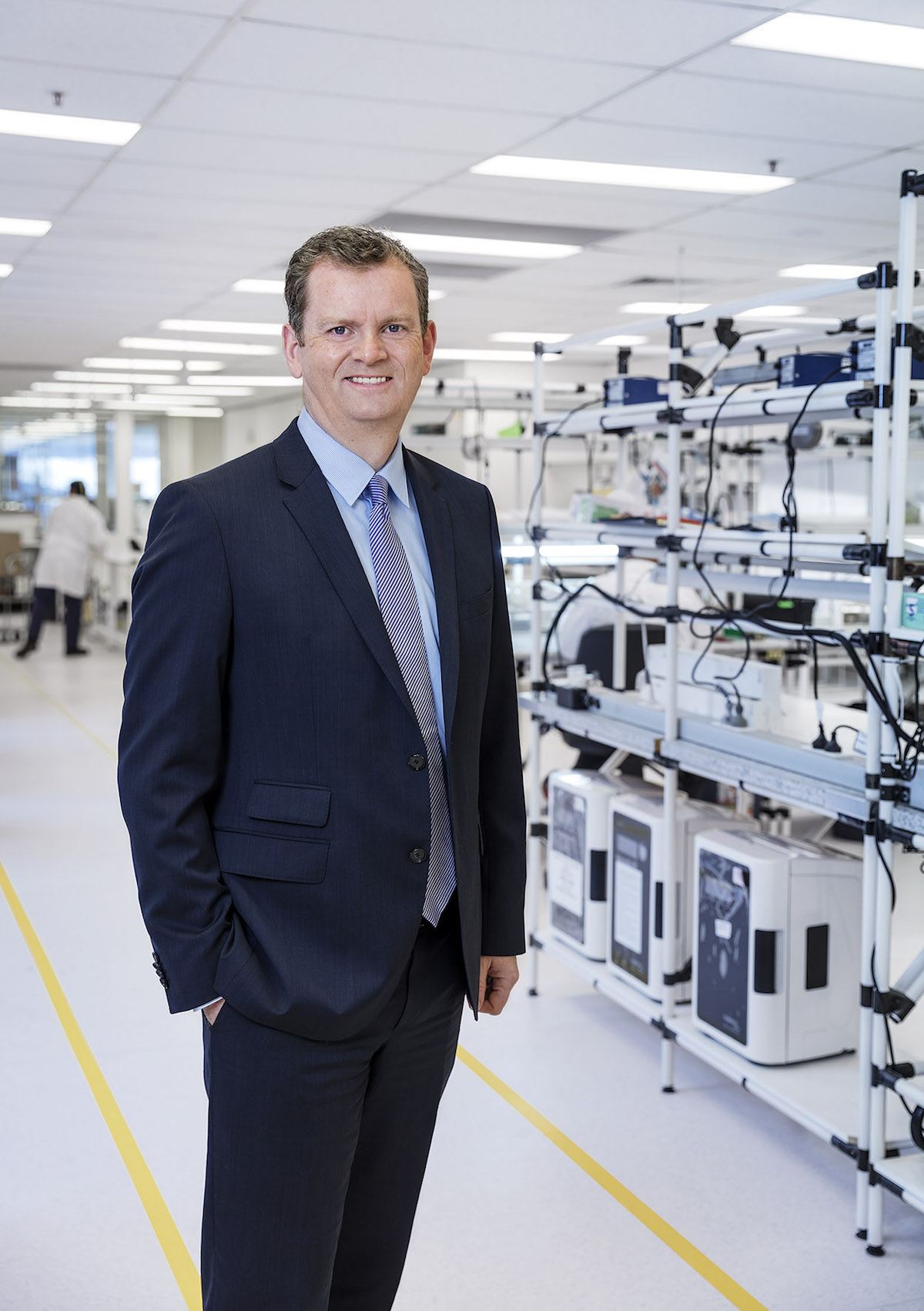 “Yes, of course I want the trophon to be as great a success for Australian technology as the cochlear implant,” Michael says, “and all indications are that it will be. I was given the opportunity to really understand the business when I served on the board of Nanosonics for almost two years before I joined the company as CEO in 2013.

“That time as a non-executive director gave me the opportunity to understand the business in detail, learn about the products and their unique value proposition, and importantly to assess the global opportunity for the business.

“This led me to truly believe that the same potential was there for Nanosonics to be a global success story as it was with Cochlear.”

HAIs are caused by a wide variety of common and unusual bacteria, fungi and viruses contracted during medical care. The trophon system has a proven high level of disinfection, replacing the more traditional method of wiping or immersing probes into chemicals. It can decontaminate entire internal and external probes in just seven minutes when a controlled quantity of ultrafine hydrogen peroxide mist is pumped through a decontamination chamber.

“It’s true innovation,” Michael says. “Our goal with this technology is to replace wipes and immersion in toxic chemistries, which have been the standard decontamination procedure for probes in medical facilities for decades. We want the trophon system, as well as new products in our R&D pipeline, to become the new standard of care for disinfection in hospitals and medical centres around the world. We want Nanosonics to be a globally recognisable name as leaders in infection prevention, another Australian success to rival Cochlear and ResMed. I believe this is definitely achievable, and the journey has well and truly begun.”

Michael’s instincts for trophon’s global potential are well placed. Founded in 2001 and listed on the ASX in 2007 at $90 million, trophon cracked the $1-billion mark in September last year. Sales for the quarter ending in December were at a record high of $18.3 million, culminating in a half-year result of $36.1 million, an increase of 131% over the corresponding period in 2015.

We want the trophon system to become the new standard of disinfection care in hospitals and medical centres around the world.

Meanwhile, trophon has already had a big impact in a number of major markets. It has already become standard of care in Australia and New Zealand and is establishing similar status in the US, where it is now in use in more than 3,000 facilities, including 49 of the top
50 luminary US hospitals. The company also has an international footprint in the UK, Germany and France, as well as distribution in Hong Kong and Singapore. It’s planning on entering the Japanese and other markets in the not-too-distant future.

Michael refers to the company’s mission statement as a clear point of reference to the commitment of his team: ‘We improve the safety of patients, clinics, their staff and the environment by transforming the way infection prevention practices are understood and conducted, and introducing innovative technologies that deliver improved standards of care.”

Note there’s no inclusion of the words ‘strive’ or ‘aim’; instead, the Nanosonics statement, largely crafted by Michael, is firmly on point. “We tell you what we do and how we do it,” Michael says. “We don’t just strive to do it; we do it. We’re transforming the way infection prevention is handled. We can’t afford to do anything else, as people’s health is at stake with our product.”

We don’t just strive to do it; we do it. We’re transforming the way infection prevention is handled.

Michael doesn’t have far to look for inspiration either. In June 2015, the decision was made to move Nanosonics across Sydney into the former global headquarters of Cochlear Limited. “Yes, I’m back at my old building,” Michael laughs. “I’d heard the building was becoming available. It was more than double the space of our former site and had an established medical technology facility; it just made sense to move. Everything old is new again.” 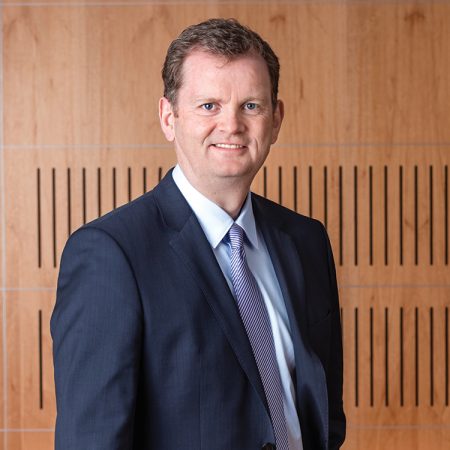