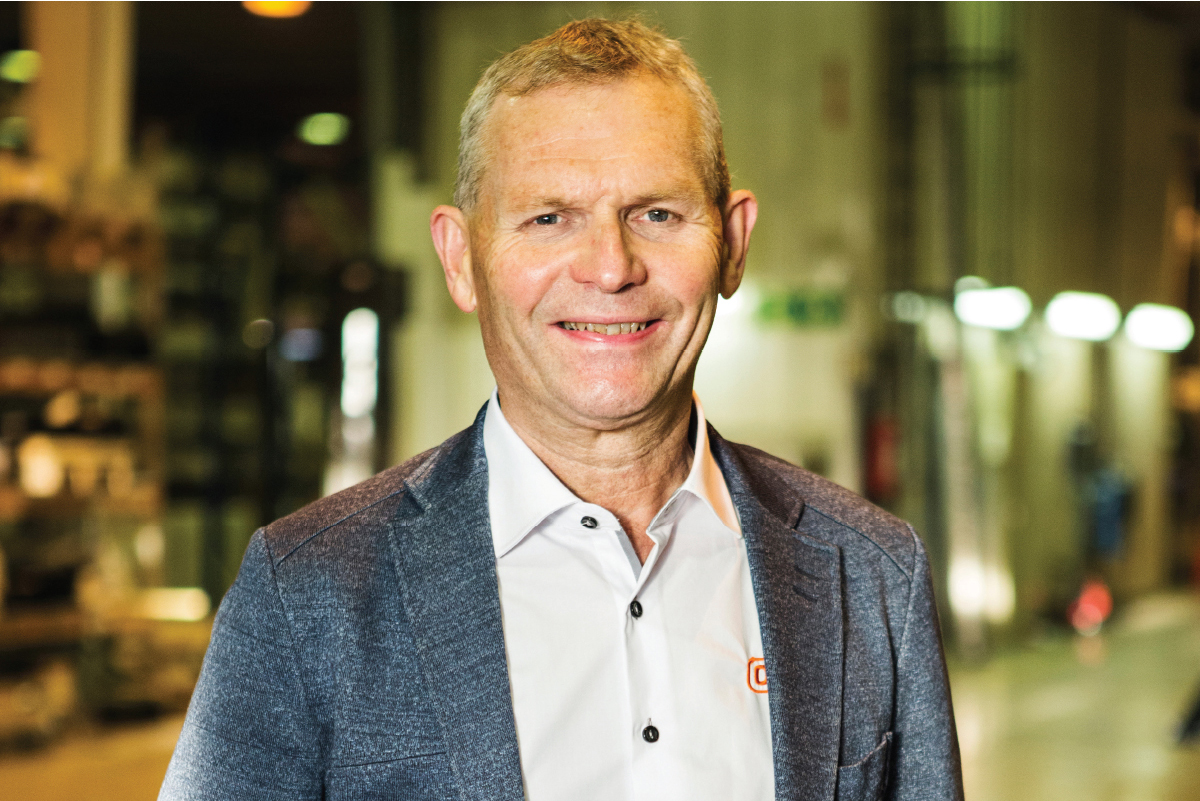 With a strong and established history, Orkel is an internationally recognised manufacturer of high-end machinery for use in the agricultural, waste and industrial segments. Founded in 1949 by Norwegian welder Johan Gjønnes, the family-owned company has grown from
a local manufacturer of bicycles and carts, to a leading player in the global compactor market.

It all began in Fannrem, Norway, when Johan invested in a welding machine and built a business producing toys, tricycles and simple hand carriages for agriculture. Demand for agricultural equipment increased rapidly in the 60s and 70s, as did the number of employees needed to keep up with production.

In 1978, Orkel’s internal structure shifted when, upon completing university, Jarl Gjønnes took over the family business to assist his father and take the company to the next level. “There was a need for competence within the business and I saw endless possibilities for Orkel to grow and develop in a positive way,” says Jarl.

When Jarl’s father passed away in 1983, he was spurred on to uphold and strengthen the family brand even further. “We discovered that when farmers were packing their materials, oxygen was being trapped inside because the compaction level wasn’t strong enough

“This combination of oxygen and wet, organic material caused early rotting, deterioration and loss of energy. It also impacted the health of the farm animals. So, when you’re drinking your milk or eating your steak, it could be based on bad-quality silage or forage for the cows, having a negative impact on your body,” explains Jarl. 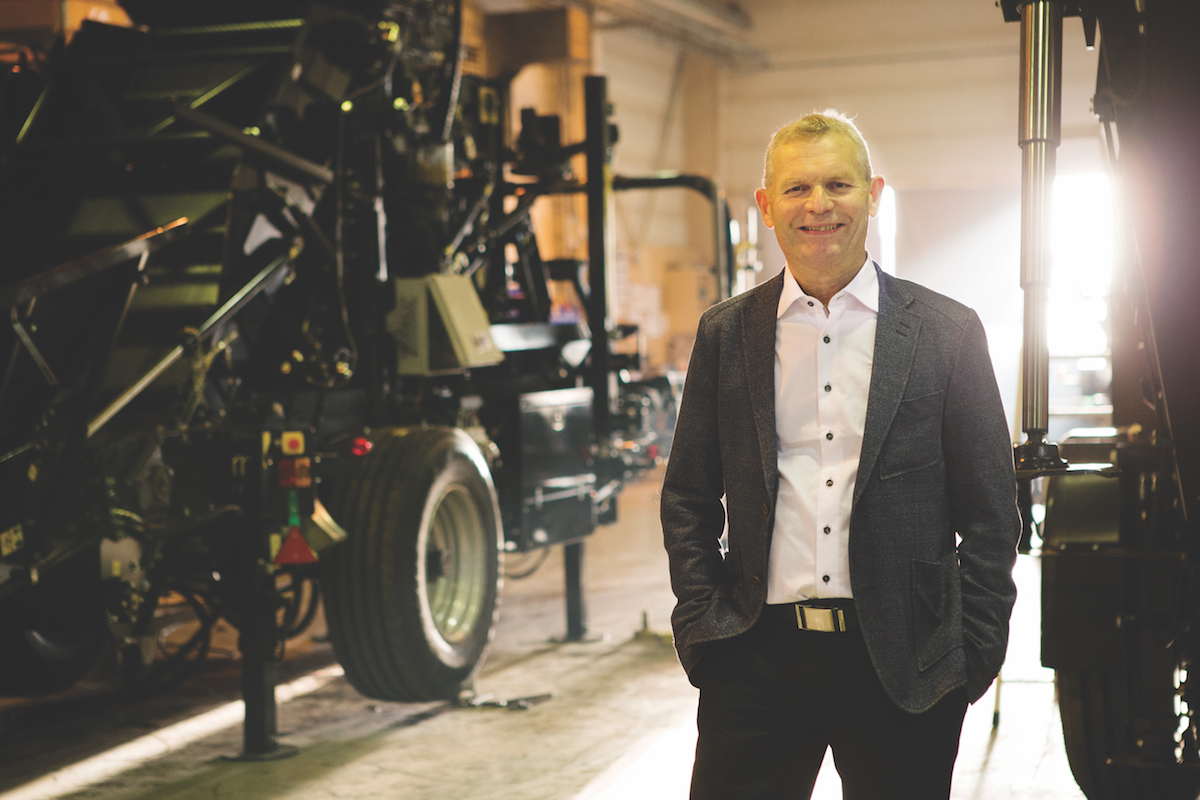 Taking the family business and capturing the attention of the world

Orkel caught the world’s attention in 1986 when it released its first open-top round baler, capable of direct harvesting, chopping and baling mainly grasses, hay and straw at a much higher density compared with conventional balers.

The quality of the baled forage was noted to improve significantly, and later, it became evident the same principle could be used to bale a number of other materials. In 2002, the principle from 1986 developed into today’s ‘compactors’.

“We developed a special technology for compacting materials that hadn’t yet been used in the traditional agricultural industry of hay, straw and grasses. Our compactor is able to compact organic materials like maize, sugar pulp and cotton in addition to grasses, hay
and straw, and at a much higher density.”

The process means materials take up much less space during storage or transport; after pressing, the materials are wrapped in plastic, making both shipping and storage a simpler and cleaner process.

Orkel quickly became an established brand, known for its reliability, experience
and innovative design. In fact, innovation and continuous product development are key to Orkel’s success. The company employs 10 civil engineers dedicated to research and development.

And most of Orkel’s employees come from a farming background, ensuring the development of new products is based on broad, practical experience and a first-hand understanding of the end user’s needs.

“We also wanted to complement this with an easy-to-use technology that could be handled by anyone at the push of a button,” says Jarl. And Orkel did: its FeedIQ is a complete system for collecting, analysing and using information about forage quality, bale weight and baling location.

All data is registered and stored in Orkel’s online cloud while an RFID sticker fixed to the bale during wrapping lets customers trace and retrieve information about the specific bale via their smartphone. This allows farmers to feed their cattle in the most optimal way and ensure maximum profits.

A new era of forage conservation began when Orkel developed its first MP 2000 agricultural compactor in 2002. “We faced many challenges in creating a machine that could handle high-capacity work and exclude oxygen properly. We took a parallel approach and developed the market for our product, which was relatively unheard of in the US and Europe. We launched the compactor technology in 2003. In 2006, we took it to Agritechnica – the world’s biggest agriculture exhibition – and won the silver medal.”

One of the biggest manufacturers

Today, supplying round balers, compactors and transport equipment to more than
50 countries, Orkel is one of the biggest manufacturers in its Norwegian segment
and holds a unique position in the domestic market. With 90 employees at its Orkdal headquarters, the company manages its entire value chain from product development, design and manufacture to procurement, logistics, sales, service and marketing.

“What sets us apart is that we tailor our technology to two different market segments. The first is the agricultural segment, which has had to develop rapidly as populations grow and the world’s demand for food increases. The second is the environmental segment, where our technology is well equipped to deal with the problem of waste.

After collecting the waste, the next issue we face is storage and transportation. Often, waste is either recirculated or used for energy production in different locations around the world. For example, although waste may be collected in the UK, the incineration and energy production process might take place in Germany.

The logistics are very complicated,” explains Jarl. “We created a technology that simplifies this process and turns waste from a problem into a commodity, allowing many companies to grow their business.”

We created a technology that simplifies this process and turns waste from
a problem into a commodity.

In 2015, Orkel revisited Agritechnica to showcase its Dens-X Compactor. Taking out the Innovation Award for its ability to bale and wrap round bales of materials – like maize forage, crimped grain and manure – the compactor features new levels of bale density, baling capacity and user friendliness.

“This year, we’ve produced approximately 70 units, with around 400–500 out in the market. We recently received a request from China for 100 compactors, so our product is exploding in the market,” says Jarl. “After 15 years, people are finally becoming aware of the farming, economic and nutritional benefits of our method and it is really taking off. We’ve learned that good things take time so we need to be patient and build up a good economy step by step. The big question now is, how do we manage the growing market demand?” 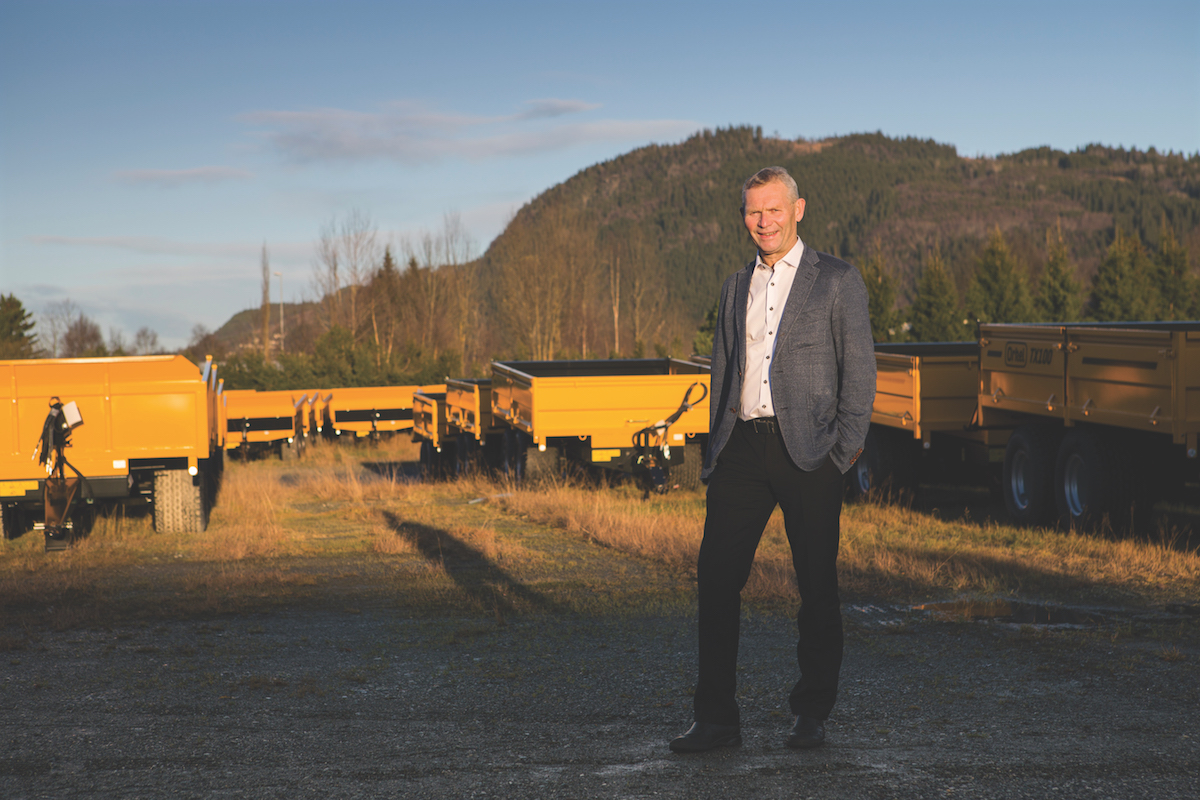 In 2016, Orkel received the Logistics Award from the Norwegian Logistics Association. The company was recognised for its solutions-oriented logistics, its innovation in materials management, and its mission to create a more sustainable agriculture industry.

Integral to Orkel’s growth strategy is its relationship with key suppliers. “Developing our supply network has been a long journey spanning many different countries. In the Western world, we have worked with sub-suppliers for the past 30–40 years,” says Jarl. Orkel collaborates with universities and scientific research institutions including the Norwegian University of Science and Technology, SINTEF and The Research Council of Norway.

“We do much of our research and development with these organisations to enhance our competence in the field. Experts have confirmed that the agriculture industry needs to change from the traditional method of compaction to our new method, due to the benefits associated with removing oxygen from materials,” says Jarl.

“We have also established a system where suppliers produce kits containing parts that fit directly into our production line, allowing us to assemble our machines with ease. Our suppliers provide us with everything, from electronics to hydraulics to software.”

Orkel always has its eye on the future, aiming to bring the greatest benefit to farmers and their cattle, to society and to the environment. “What is now showing promise is one of the biggest energy sources in the world – the blue sector,” says Jarl. As of today, the world is only using one per cent of the resources available in the ocean.

While industries around the world grapple for sustainable energy sources, the area of marine renewables – known as blue energy – has received millions in both private and public investments. Although not yet commercially viable, Orkel is one company considering how the sea – seaweed in particular – might be used to power our future. With the number of people in the world constantly increasing, it is more important than ever to utilise every available resource.

With 1.4 billion cattle in the world, the resources used today, such as corn, wheat
and grass, soon won’t be enough. To combat this issue, Orkel has partnered with SINTEF, Scandinavia’s largest independent research organisation, and Seaweed Energy Solutions AS to discover if seaweed could be the sustainable future of animal forage. In May 2017, using the Orkel MP 2000 Compactor, Orkel conducted its first test in baling cultivated seaweed and Jarl believes it has a promising future.

When it comes down to it, Orkel believes that quality products start with qualified employees – from innovation to finished product, all the way to aftersales. To attract qualified people, and keep them, Jarl and his team aim to create a workplace that sparks creativity, promotes departmental closeness and has an open-door policy that makes it easy to share ideas and solve challenges. And with employees who have spent more than 40 years working at Orkel, the company is clearly doing something right. 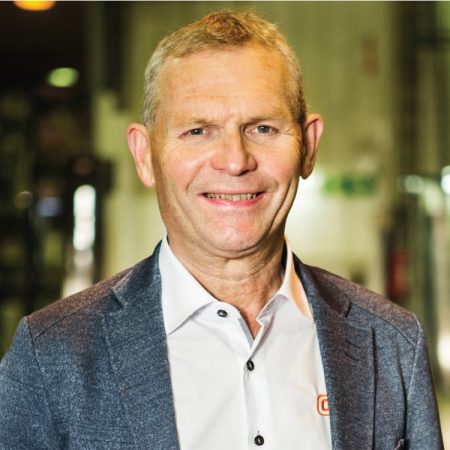