Naomi Simson, that woman in red on Channel Ten’s Shark Tank, is renowned for her feisty spirit, passion for innovation, and for her business acumen. And if you want to get her riled up, ask her how she feels about women in business and the great gender divide.

“For a start, we could all stop this conversation and get more things done,” she says, equal amounts of passion and frustration in her voice. “Instead of saying: ‘it’s not right, this difference’, we accept it for what it is and make a stand for ourselves over and over again. In fact, it’s the most boring conversation on the planet, and you can write that because I’m sick of talking about it. We’re not different, we are just half the population, and we add great value as customers, and as suppliers. The point is, we need diversity in the conversation. We need different viewpoints in business, in whatever shape they come. For instance, bringing in a woman who is a kickboxing champion might add interesting content to your conference. It’s about seeing the world differently, and having a diversity of opinions in any business. That makes things work.”

This attitude no doubt contributed to RedBalloon being such a success when it launched fifteen years ago.

“Back then, in 2001, the world was such a different place,” Naomi says. “There were no such things as mobile phones, social media, no such thing as digital photography, and the internet was in its infancy — people didn’t trust buying online. I had $25,000 of family savings and I went to see a web developer. I came back all excited and the only thing my website got listed for in Google was ‘skip intro’,” she laughs. “I didn’t know anything about the internet or SEO back then.” 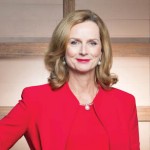