In 2014, a change in industry regulation saw the closure of iron ore mines across India. Facing the greatest national iron ore shortage in more than a century, Tata Steel was forced to import the raw material from Australia to continue running its 10 million tonnes-per-annum steel mine in Jamshedpur. With the industrial city first founded in 1907 based on the region’s high traces of iron ore, Tata Steel’s Indian operations never anticipated a crunch in supplies. Located more than 100 kilometres from ports, and with no dedicated freight trains in place to transport iron ore to plants, the firm somehow managed to keep operating at full capacity until the mines could be reopened.

“There was a lot of ambiguity around what mines could and could not operate, which brought our iron ore mines to a standstill. As a consequence, for the first time in the history of Tata Steel, we had to operate our plant without any of the iron ore coming from our mines,” says TV Narendran, Managing Director for Tata Steel India and South East Asia. “That was a huge challenge for us logistically, because we are not designed to be importing iron ore into the country. Indian ports are not designed for it. To run our operations we needed 50,000 tonnes of iron ore every day, and we overcame this logistical nightmare with careful planning and investments. Everyone really stepped up to the challenge.”

Over the period of one year, Tata Steel spent a lot of money importing close to 1 million tonnes of iron ore while their own mines, rich in the material, lay untapped. Finally, in August 2015, the mines were permitted to restart operations, and Tata could once again rely on captive iron ore sources to mine steel, putting an end to their trials — or so they thought. Around the same time, demand from common export destinations was waning, along with Chinese steel prices, which dropped to their lowest values in more than twenty years. China was also looking to expand into new markets, hoping to preserve their status as world leaders in steel exports, threatening the survival of rival companies like Tata Steel.

The only reason we have been around for more than 100 years is because we come out of these crises stronger. That is something special about Tata Steel, and these challenges were no different. – TV Narendran

“China used to export around 60-to-70 million tonnes of steel per annum until a few years back. As steel consumption in China started shrinking, they had no option but to export more and so exports doubled to about 120 million tonnes per annum.That led to a flood of Chinese imports into India and other markets as international prices dropped,” says Narendran. “It reached the point where steel prices went from  US$500 per tonne of hot rolled coil to US$260 — a huge decline over a very short period of time. The last time we saw that price was in 2003. That was another huge challenge for the industry.”

Tata Steel has survived for more than 100 years through such challenges however, and Narendran believes this is because of a mix of devoted employees and proactive leadership that sees challenges as opportunities to grow.

“The only reason we have been around for more than 100 years is because we come out of these crises stronger. That is something special about Tata Steel, and these challenges were no different.”

Now the industry is looking up, with minimum import prices for steel and international prices gradually rising, while Tata Steel has made sure to wipe out any weak spots. “The problem in the mines highlighted our vulnerability to raw materials and we wanted to ensure that going forward it doesn’t become a threat. We are now setting EBIDTA targets with the assumption that raw materials will be at market prices rather than at cost,” he says. “The crisis in China was more of an opportunity than a challenge too, there’s so much more we can source from China than we currently do. We now have a dedicated team based out of China to build on this.”

Tata Steel has also continuously diversified its range of services and customer base as a means of tackling volatility in the marketplace, striving to be the preferred steel provider for B2B, B2SME, and B2C markets. Working within Tata Steel for twenty-eight years, and now serving as Managing Director for almost three years, Narendran says he cannot take credit for 110 years of success in the company, but he feels privileged to have contributed to the ongoing success of one of the India’s most renowned steel suppliers. Established in India in 1907 as Asia’s first integrated private sector steel company, Tata Steel Group is now among the top leading global steel companies with an annual crude steel capacity of more than 29 million tonnes per annum globally, around 13 million of which come from Indian plants.

“We want to be one of those companies that embraces digital transformation quicker and better than anyone else.” – TV Narendran

Tata Steel established India’s first industrial city, Jamshedpur, alongside the sub-continent’s first integrated steel plant. The company is now also building a new plant in Kalinganagar, north of Odisha, with plans to augment steel production by another 3 million tonnes in the first phase. “We had initially announced plans to begin the Kalinganagar project in 2005, but we faced so many roadblocks that for the first five years we could hardly get the all-clear to do anything. We managed to start making progress in 2010, after we built up some equity within the community,” says Narendran. “Today the plant is busy, and we have been in commercial production since May 2016. We have 2,000 acres of land and we are acquiring another 1,000 acres, which will be enough for a larger steel plant than the one we have in Jamshedpur.”

Looking to the future, Tata Steel in India hopes to commission the Kalinganagar plant successfully before it looks to carrying out future expansion, including two new Greenfield steel projects in the states of Jharkhand and Chhattisgarh. The company’s vision is to set a benchmark for the world’s steel industry in value and corporate citizenship through the excellence of its people, its innovative approach and overall conduct. In 2008, Tata Steel India became the first integrated steel plant in the world, outside Japan, to be awarded the Deming Application Prize 2008 for ‘Excellence in Total Quality Management’. Then in 2012, Tata Steel became the first integrated steel company in the world, outside Japan,
to win the Deming Grand Prize.

Planning for the future with large-scale business transformation targets

Looking forward, the company has been planning and implementing initiatives to drive down costs internally and also working on growth in new product and market segments and in value-added services and solutions. Supporting this are new, large-scale, business transformation targets, says Narendran, with Tata Steel now seeking new technologies to achieve greater productivity for lower overall expenditure. “We run a large and complex value chain so there are huge efficiencies we can extract from modernising that. By embracing technology, we can make a big difference to the experience of the customers, suppliers, the community,  the employees, and hopefully also the experience of our shareholders,” he says. “We want to be one of those companies that embraces digital transformation faster and better than others.”

Tata Steel also has a number of people-led initiatives such as a mentoring program that pairs younger workers with business executives or managers for guidance, in addition to promoting a culture that encourages and benefits from greater gender diversity. The company is also hoping to become an employer of preference for younger demographics as part of a push to become more competitive in the talent market. “Around 70 per cent of our leadership team are people who joined Tata Steel as their first job, while 30 per cent are people who joined from other companies. We want to attract the best of talent from our competitors, we want to get great people, but also work to keep them, and that is why we now have a very strong talent pipeline building up.”

Narendran says Tata Steel’s biggest strength has always been the passion of its people, who remain committed to innovation and preparing for downturns. “The reason we have been around for so long is the strong emotional connection between the employer and employee; our team has the drive, they just need to be pointed in the right direction and they will always come up with a solution. It’s incredible,” he says. “The way our people have bonded together in difficult times, like they have in the last two-and-a-half years, makes it a privilege to be leading a team like this. Many organisations would give an arm and a leg to have that kind of commitment and passion.” In addition to leading as Managing Director, Narendran also spent several years leading the growth of Tata Steel’s subsidiary, NatSteel Holdings, as President and CEO of the firm in South East Asia.

“Six months after I became the CEO of NatSteel, the Lehman Brothers crash happened, and NatSteel was not a big organisation like Tata Steel in India, so there was very little room to deal with a crisis like that,” says Narendran. “Being the CEO of NatSteel taught me a huge amount. It prepared me for the crises that I then faced in the past two-and-a-half years as Managing Director for Tata Steel, because I knew to expect things to not go as I wanted them to, and I was better equipped to respond to challenges.” Around these leadership roles he has also worked with the internal teams at Tata Steel as Vice President of Safety and Flat Products, as well as serving as a Principal Executive Officer, after his earlier role of Chief of Marketing and Sales (Long Products). Narendran first joined Tata Steel as part of the new international business division — he worked there for almost a decade, including five years operating out of Dubai.

“Tata Steel is the only company I have worked for, and I have been privileged to have multiple opportunities to work in different areas with different people, across various geographical locations. That’s the great thing about Tata Steel — when you reach a certain level within the company, you will have had huge exposure to different aspects of the business,” he says. “Every role had its own set of challenges, and it’s up to me to make the most out of that. I can sit back and complain, or I can use each of these opportunities as a great learning experience and ultimately become stronger.” 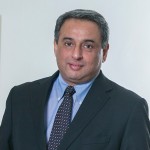