After an office relocation, system upgrade and transformation of the company culture under the leadership of CEO Scott Horwell, Go Vita is ideally positioned to be an all-encompassing distributor for the health industry.

After an office relocation, system upgrade and transformation of the company culture under the leadership of CEO Scott Horwell, Go Vita is ideally positioned to be an all-encompassing distributor for the health industry. 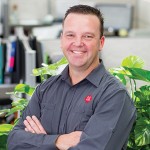 Go Vita is Australia’s largest health food cooperative. It has 152 retail health stores across Australia, all of which are independently owned and operated, and by year’s end it is set to open an additional ten. Each one is supported by the Sydney-based Go Vita distribution centre, which supplies it with a wide variety of health foods and products. At the helm is Scott Horwell, a CEO known for his ability to think outside the box and to bring in fresh initiatives for the betterment of a business. He and his team were recognised for this approach with a recent award: the ‘Distributor of the Year for 2016’ at the CMA Industry Awards Dinner. This was a proud achievement and reflects the significant role Go Vita plays in the sector. Scott spoke to The CEO Magazine about his vision to take Go Vita to the number one position for health food distribution in the country.

The CEO Magazine: You were originally a chef, and have a strong professional background in operations, with an emphasis on warehousing and logistics. How did you come to join Go Vita?

Scott: I did my training as a chef and then I left that industry and went to work in a warehouse. I spent the next ten years with an electronics distributor and that’s where my passion for supply chain management, distribution and logistics began. It was a business that turned over $1 million when I first started and when I left it was turning over $150 million. We also went from having ten staff to more than 100. I moved my way up through the various positions and eventually became the operations manager. We had sites all around the world by that stage, so I was able to travel a lot, and spent six months in America working on the logistics end. Sitting next to the owner of that business for eight of the ten years I was there was great; he was my mentor and that was really where I learned what I liked to do. 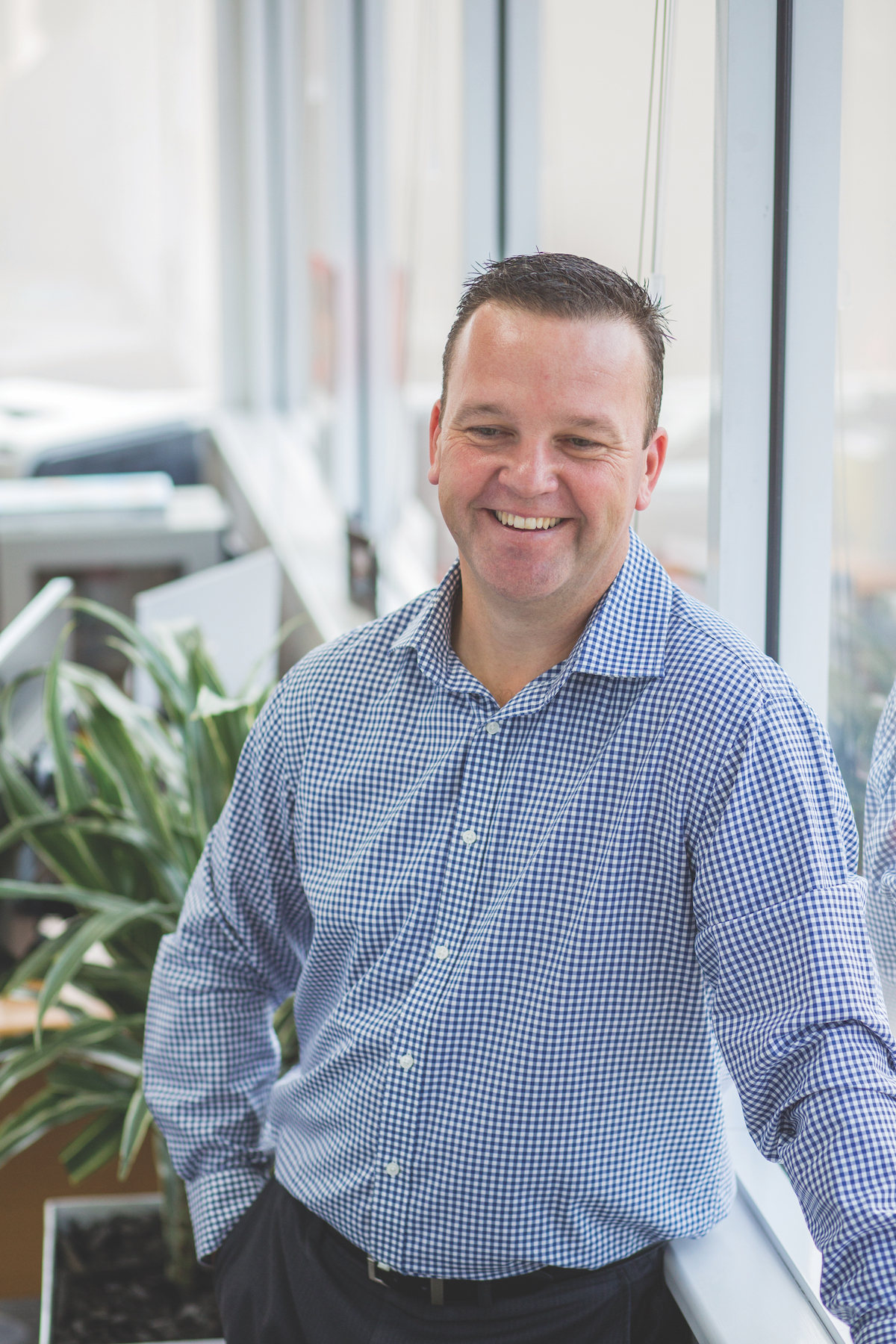 “Communication has probably been the biggest shift internally. I am focused on giving the employees the tools they need, and giving them the authority that goes with that responsibility.” – Scott Horwell

Communication has probably been the biggest shift internally. I am focused on giving the employees the tools they need, and giving them the authority that goes with that responsibility.

From there I went and worked in the manufacturing division of the business. With that experience behind me I was appointed as the National Operations Director with the GPS device company Navman. That was a great period in my career. It was the only navigation unit in Australia and it hit the market before anyone else. The company was acquired twice during that time and ended up being split up, so there were a lot of changes with regard to processes and people management.

Following that I jumped into a business called Healthy Life — the direct competitor to Go Vita. While I was with that business it unfortunately went into receivership before being acquired by its largest shareholder, a Singapore-based company. I didn’t like the direction it was going in so I left and I went to work for a pharmaceutical company for six months. That was until I received a call from the ex-CEO of Go Vita to see if I was interested in being his replacement as he was moving on.

You came on board as CEO in October 2014. What were some of the initial issues you had to face?

Historically, Go Vita had always had sales and marketing CEOs in the business; however, the board had realised the distribution aspect of the company needed attention, so they sought somebody with that skill and background. There were three major issues that I identified and went to the board with after three months: the IP or computer system; the physical space within the building, which we had outgrown; and the company culture.

We relocated the business several months ago. We moved into a facility that is twice the size of where we were previously and we now have all of the office staff in one area, whereas before they were in different building units which didn’t help the culture. It was really about putting the right person in the right seat with that culture change; making sure we had the right people in the team. That was probably the most challenging aspect of the past eighteen months. The change in culture has been great.

The relocation was massive; we did it in a weekend. We have more than 7,000 individual items in this business and we shut the operations down on a Friday before shipping back out again on the Monday. It was a big effort by the team, and a lot of hours. Three months later and things are quite settled. Now the focus is on our next project, which is changing the computer system.

A big focus this year is customer service. We want to be the number one health distributor in Australia and a lot of that is going to come down to how we service our customers. Everybody in the business is now aware of my management style. It’s not a dictatorship — it is about brainstorming and getting everybody involved, all the way down to the guys in the warehouse. We’re trialling five different types of packaging at the moment and that’s in reaction to the feedback from not only customers, but also from the guys on the floor. Communication has probably been the biggest shift internally. I am focused on giving the employees the tools they need, and giving them the authority that goes with that responsibility. That’s probably been the biggest structural change within the business. Every one of those people we have given that extra responsibility and authority to has really taken it upon themselves to run with it. My background is as a chef, so we have a quarterly barbecue where I’ll go down and cook for the team. For me, it’s about empowering people. There are always going to be some that step up and others that are going to need a hand.

What is your personal leadership philosophy? What do you think makes a driven and successful leader?

Communication is no doubt the biggest part of it. I am open with my employees. I share all of our financials and we’re riding a great wave at the moment and having great results. My background is as a chef, so we have a quarterly barbecue where I’ll go down and cook for the team. For me, it’s about empowering people. There are always going to be some that step up and others that are going to need a hand. We let people go and make decisions now; we let them take control of situations. Education of people is key as well. If you’re in the warehouse or if you’re in customer service and you want to get into finance we’re happy to put you on a course to do that. It’s probably the biggest satisfaction I get outside of the results of the business, the ability to help people. I had a great mentor in my career and it’s one of the personal things I like to do as well.

What do you think sets Go Vita ahead of the competition in the health marketplace?

We are a cooperative, so all our stores are independently owned. We’re not corporately owned like our competition. We have more than 150 stores and every single one of those is different. Their owners are actively servicing the demographics of the area in which they are located. They can be directly and immediately responsive to consumers’ requirements. That’s the retail side of the business. Then with regard to the Go Vita distributors, it’s really about being a one-stop-shop for the health store industry. We were limited to just supplying Go Vita previously, but we’ve opened that up in the past twelve months and we now supply nationally to all health stores. That’s been one of the big strategy changes that I implemented. I said that if the board wanted to push to be a really great distributor then we had to open up and supply. We’ve got 150 stores but there are 500 health stores out there, so I said let’s open it up and supply every health store in Australia and give them the opportunity to buy the majority of their stock from the one place.

Our industry relies on suppliers and new products. It’s an ever-changing industry with fads, and whether it is coconut products or paleo diets, we have to keep on top of it.

How important are your key suppliers to the success of Go Vita, and how do you develop and maintain these relationships?

They are very important. Supplier relationship management has been a very big part of my career. On the communication side of the business we implemented a tool about twelve months ago where we can see all data. Previously when I first started we had no visibility. We now share that data with the suppliers so they can see their sales by store, skew, value, quantity and margin, and we work with them to increase their business. The aim is to sit down with every one of our suppliers at least once a quarter, and with those tools we can go through what worked, what didn’t work and any ideas for promotions. We have Go Magazine that comes out quarterly and the suppliers are a big supporter of that. Our industry relies on suppliers and new products. It’s an ever-changing industry with fads, and whether it is coconut products or paleo diets, we have to keep on top of it. We certainly do rely on suppliers for that information.

What are your plans for the future of Go Vita?

My vision is that we are known by our partners — both our suppliers and our customers — as the preferred choice and as the number one distributor, both on service and communication. We don’t do cold chain at the moment so in two years’ time I want to introduce that. We’re currently doing a scoping document, and it will be an end-to-end computer system. We have our suppliers involved in that and of course our customers are involved too. For me, it’s about making sure we’re a one-stop-shop for the stores.

What do you love most about your job?

I love a challenge and I love what I do. This is a fantastic industry. There is so much education now on health and wellbeing; it’s one of only a few retail sectors that is growing. We rely on the stores to be successful so it can be challenging but I’ve got a great team in place and we are all really looking forward to the future growth strategy of Go Vita.