In May this year, Australian freight company Simon National Carriers announced a restructuring. After more than 20 years as CEO of the family business, David Simon decided to relinquish the reins, and Clive Barrett was announced as the new man in charge. Clive describes the transition as pleasingly smooth with “few awkward moments” as he and David settled into their new roles.

“I think any family business that brings in an outsider to take over as CEO is going to experience its fair share of challenges. Especially when the former CEO has not only been in the business many years, but is also a family member who will continue to be in the business as Executive Chairman,” says Clive. 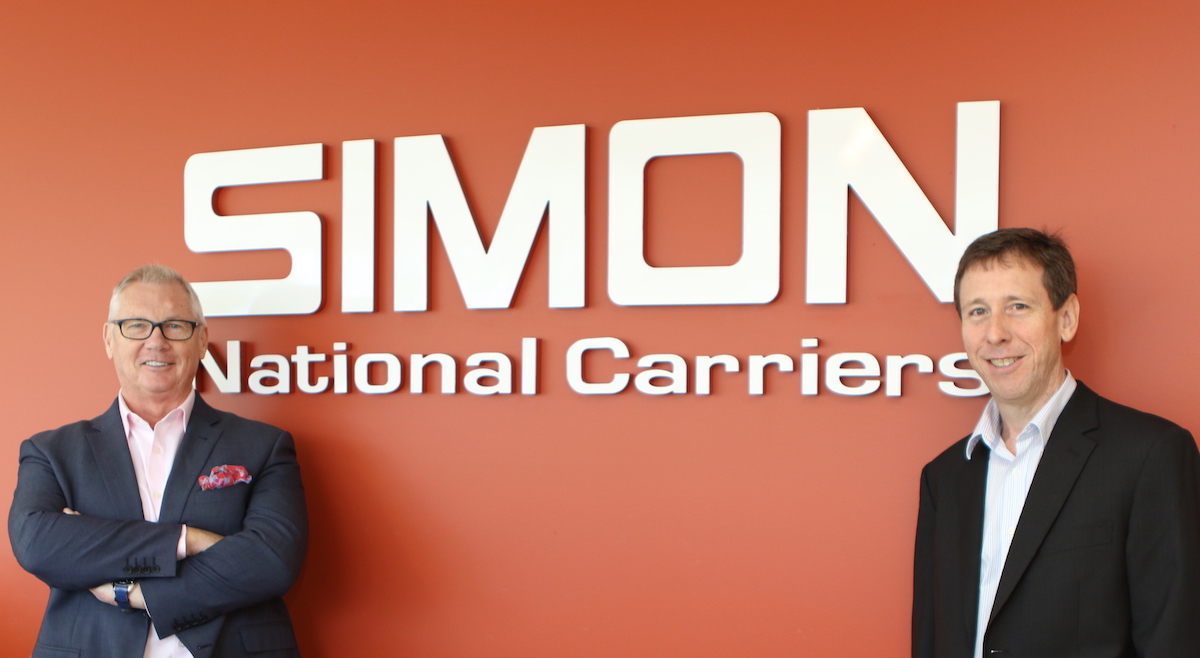 He credits his respect for David’s deep knowledge of the business, coupled with David’s trust in Clive and willingness to cede control of the day-to-day management, for the successful team they make today. “The net result is that we have a strong team at the top — a combination of past experience and future perspective that augurs well for the years to come.”

An affinity for business

Clive’s appointment came about after he developed an affinity for the business working as a logistics and turnaround specialist for Azurium Management Consulting. Azurium was contracted by Simon to craft a sustained growth and service expansion strategy for the company’s next 3 – 5 years. After reviewing the business, one of the recommendations was to engage a new, external CEO who would bring fresh ideas to the role. “At this point,” says Clive, “it was never envisaged by Azurium, and certainly not by me, that I would get the gig.” But over time he developed good working relationships with David and his team, and as a result, he says, his appointment to CEO “occurred naturally”. 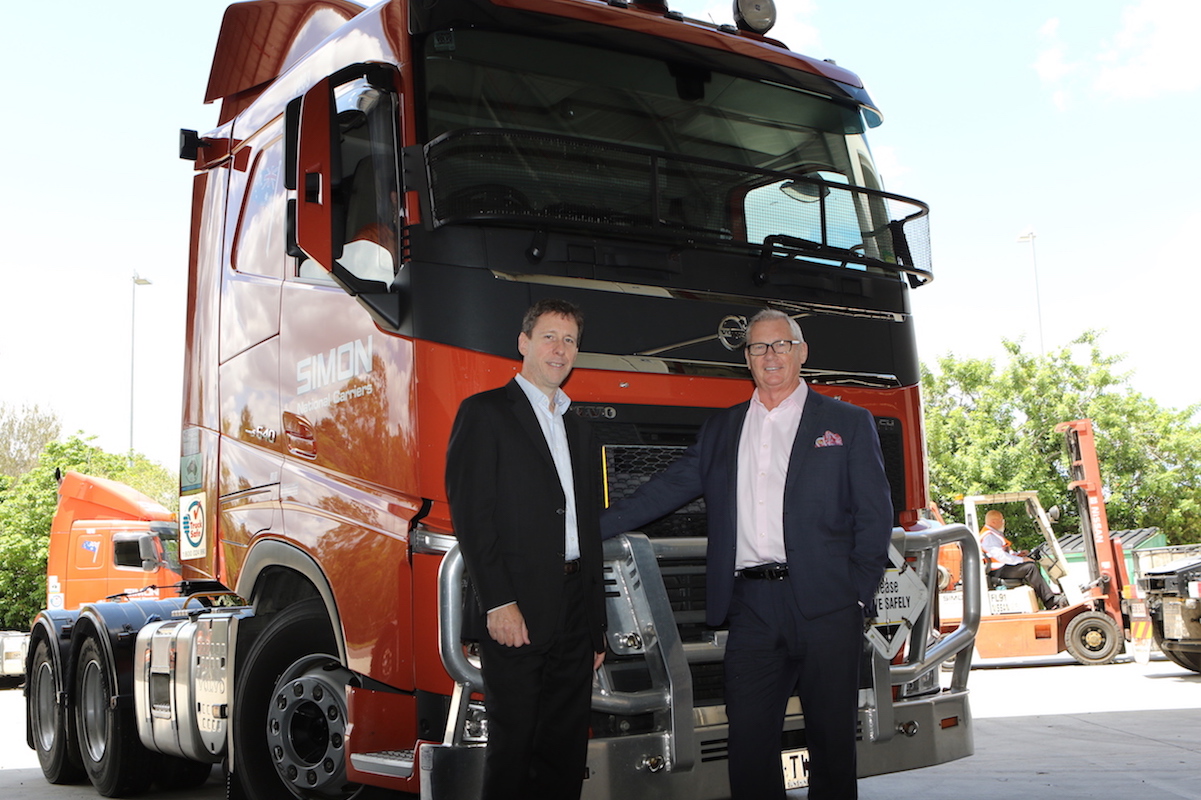 For as long as I can remember, I have been curious about how things work and how to make them better. I would observe something — a product, process, activity — and ask myself, ‘how could it be made better or easier?’ – Clive

Clive has a history of helping companies achieve success. In 2009, he became Joint COO at Laura Ashley UK after several years in executive positions. He was part of the core team that managed to turn the struggling retailer, described at the time as ‘dowdy’ and having ‘lost its way’, back into a thriving company; one that “posted its best results in 25 years in the face of the GFC”. He says that being one of the team that led Laura Ashley UK’s turnaround is “undoubtedly” his greatest achievement. “Needless to say, I still have a very strong affection for Laura Ashley. The brand is in my blood and I shall always have fond, and very proud, memories of what we achieved,” he enthuses.

A passion for problem solving

Clive’s career began at Ford Australia, where he worked in the finance office and got a feel for the automotive company’s solid business processes, procedures, policies and controls. “Whenever I reflect on those early years, I realise that the lessons I learned at Ford were invaluable,” he says. It wasn’t until he landed a supply chain optimisation role that he was able to pursue his passion for finding “new and better ways to carry out business processes, think differently and solve problems”.

“For as long as I can remember, I have been curious about how things work and how to make them better. I would observe something — a product, process, activity — and ask myself, ‘how could it be made better or easier?’ It was a source of entertainment for me,” Clive explains. “I didn’t always find a solution, but it did train me to think differently, stretch my imagination and build my capacity for problem solving.” 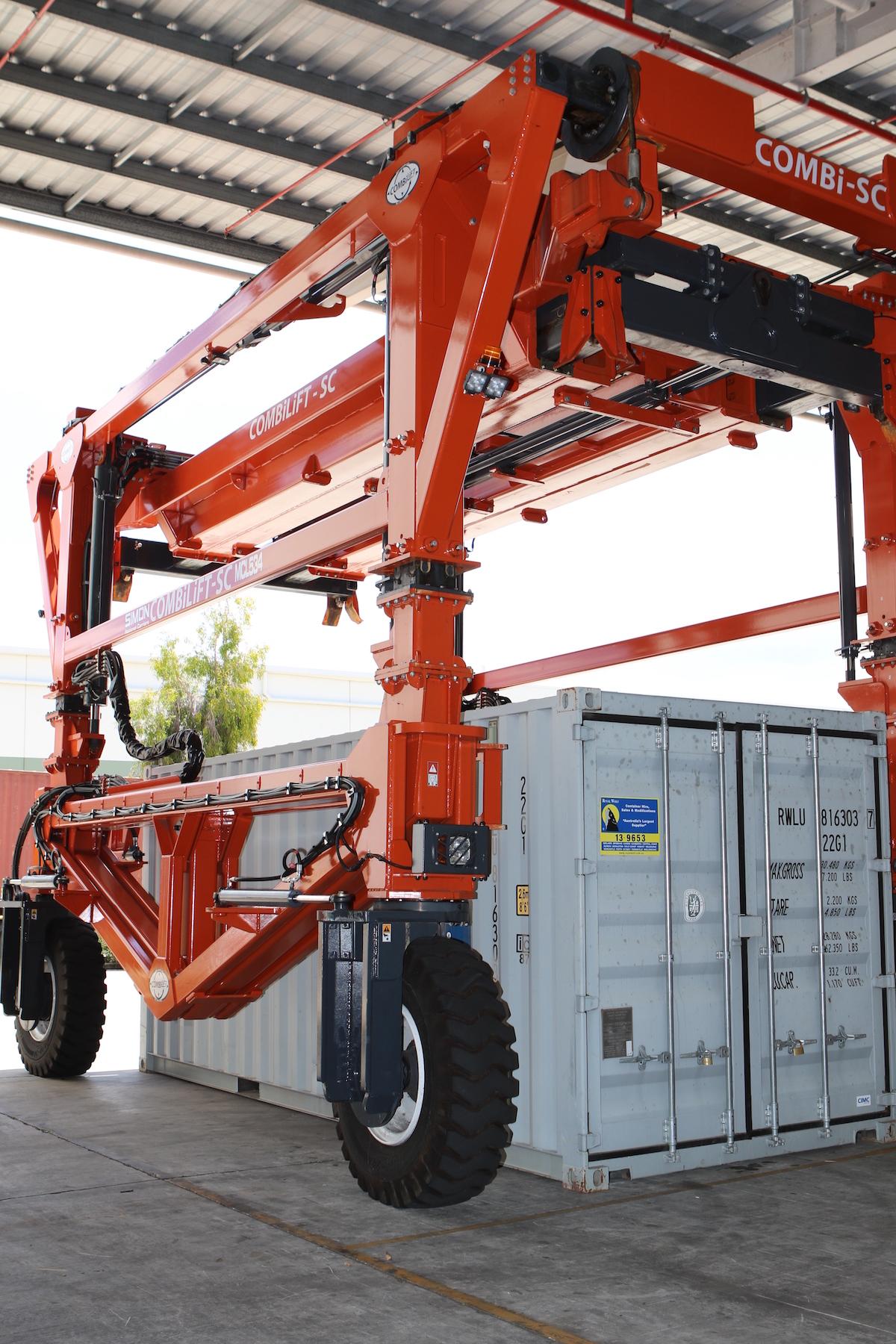 Over the years, he has worked for Linfox, Owens Global Logistics, Woodland International Transport, as well as retail businesses Laura Ashley UK and Metrojaya. His zeal for problem solving led Clive to start his own consulting business, Velocitas Consulting, in 2014. He now draws on those years of international experience in the automotive, shipping, retail and wholesale, logistics and manufacturing industries to provide professional business performance improvement services to companies in Australia, New Zealand and South East Asia.

A return to corporate life

When Clive was contracted by Azurium, he wasn’t expecting to move back into corporate life, but he became hooked by the potential he saw for Simon. As the company’s CEO, he sees his role as implementing the strategic direction, policies, governance, controls and risk appetites that emanate from the board.

“In order to realise Simon’s full potential, we have implemented a number of formal business practices employed by leading organisations — a clearly defined strategy and goals, accountabilities, detailed budgets, as well as better internal communications and reporting, all underpinned by customer service and safety as our core ethoses. The board of Simon now meets monthly to review performance, oversee governance and risk management and sign off on decisions that require board approval. This has taken the business to another level.” 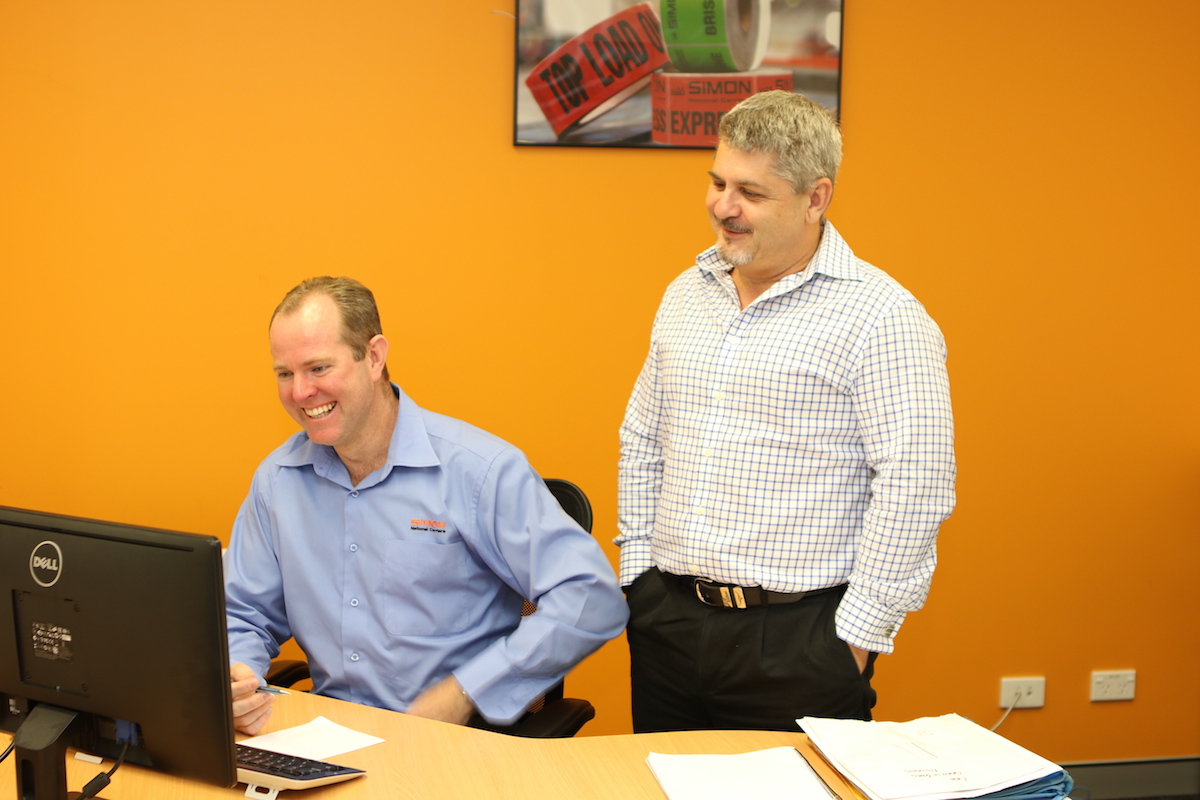 Clive adds that the key to a company’s successful implementation of these measures is having “the right people supported by appropriate systems”. To this end, he has recruited a number of industry stalwarts into Simon’s senior management line-up. He says the seasoned professionals now heading up the warehousing operations, transport and distribution, sales and key account management and supply chain network solutions make a formidable team. “Their experience and expertise will be instrumental in helping us achieve the growth and expansion we aspire to.”

A plan for the future

Clive only plans to stay in the role of CEO at Simon until the “job is done”. His vision is that the company will grow to be several times the size it is today: “to eventually become a tier one logistics company, with the structure, culture, systems and people to support continual growth”. Then, in the next 3 – 5 years, he plans to move on, allowing someone else to continue the progress he has set in motion. He is already making arrangements for what is to come next, having recently completed the AICD’s Company Directors course, with an ambition to continue working in business transformation and improvement “at board level”. 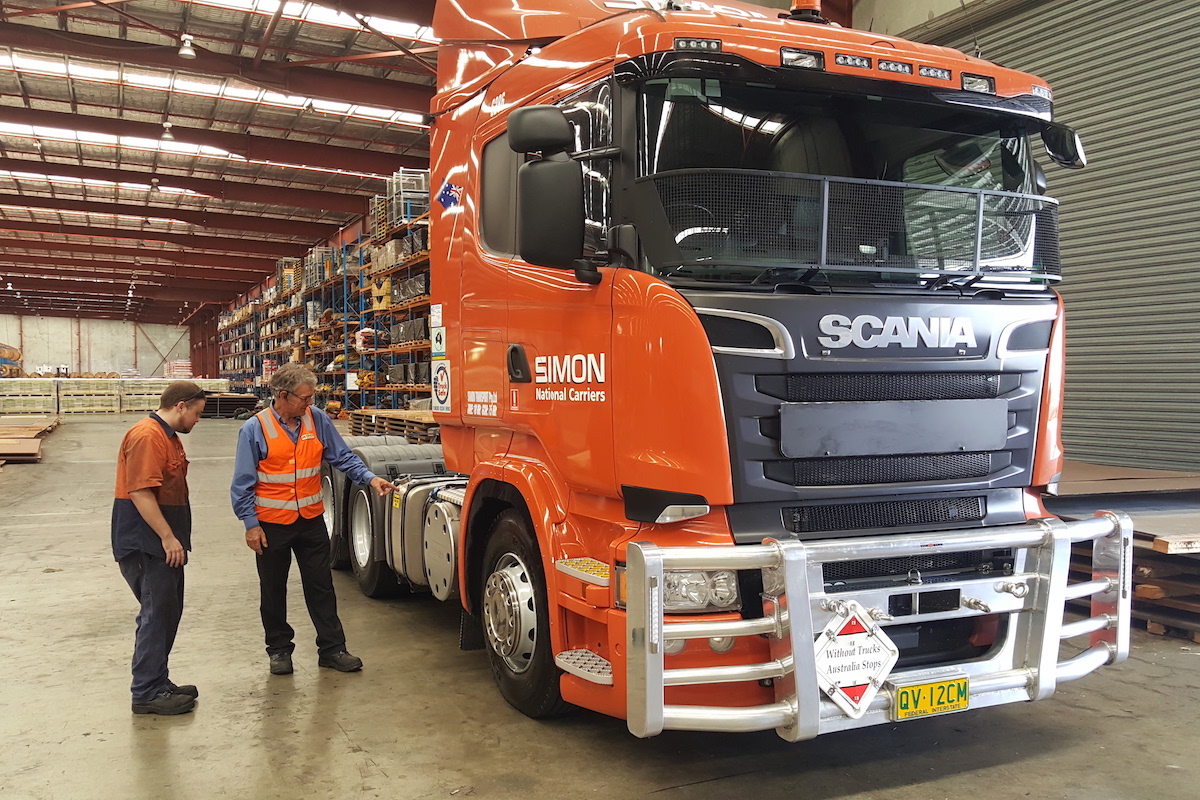 I love improving performance. I love the thrill of competing for new business and the feeling of satisfaction and the camaraderie when we are successful. – Clive Barrett

“I love improving performance. I love the thrill of competing for new business and the feeling of satisfaction and the camaraderie when we are successful. And I value greatly the relationships that are developed in the course of that. In recent years I have mentored a number of aspiring managers, bright young people with talent and potential; I have derived great enjoyment and satisfaction watching these young people develop,” says Clive.

“And I would love, one day, to be able to look back on my time at Simon with the same satisfaction, for all the same reasons.” 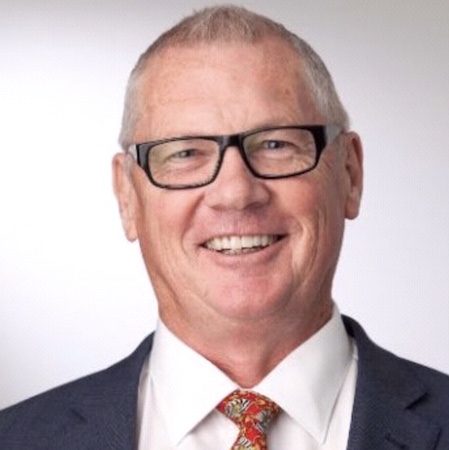