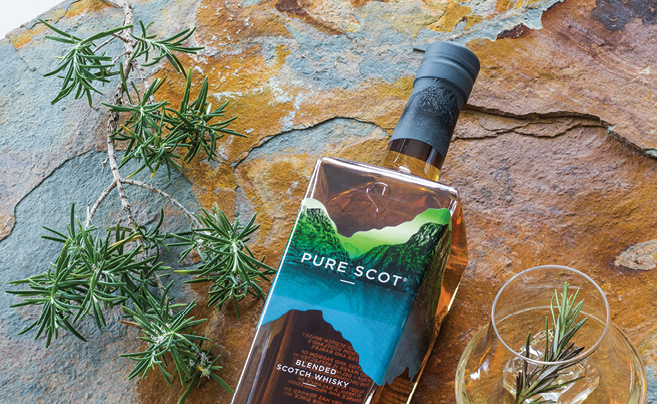 There’s a new angle to the Australian whisky story. In a rare stroke of good fortune, in 2014, successful businessman David Prior discovered a 200-year-old Scottish distillery for sale. He was planning to establish a distillery himself, but this was a much faster way to enter the market. Legally, whisky has to be aged for a minimum of three years, but ideally you’d wait for eight, leaving new operators with a big cash-flow problem. David was able to walk in to Bladnoch and start selling straight away. “We purchased it with the equivalent of about 60,000 cases,” he says, “still in barrel, obviously, so there’s enough there to get us through the next few years until we get into full production.

“Whenever you do something like this, you have to bring your own fingerprint to the business,” David says. “There’s no point just going in and doing what’s been done before. One thing we want to do is first of all bring back a fully functioning and capable distillery that can produce 1.2 million litres of alcohol a year, which would be significantly bigger than Bladnoch has been before. That means we will probably be tripling employment at the distillery and really becoming a focal point for the town again. So that’s exciting for us, bringing some renewed focus back to the distillery.”

Set on the banks of the Bladnoch River, the historic distillery sources barley from neighbouring farms, and water straight from the river.

“With water making up such a big part of the quality of the end product, to have pure water that’s essentially flowed down from Galloway state forest is a big advantage for us,” David says. He loves the tradition and the history behind the distillery, but is also shaking things up a bit.