The VIP experience: Polo in the Vines

Polo is older than recorded history but, as Lisa Smyth discovers, its recent revival among the urban elite and CEO billionaires around the world means it could soon be coming to a field (or vineyard) near you. 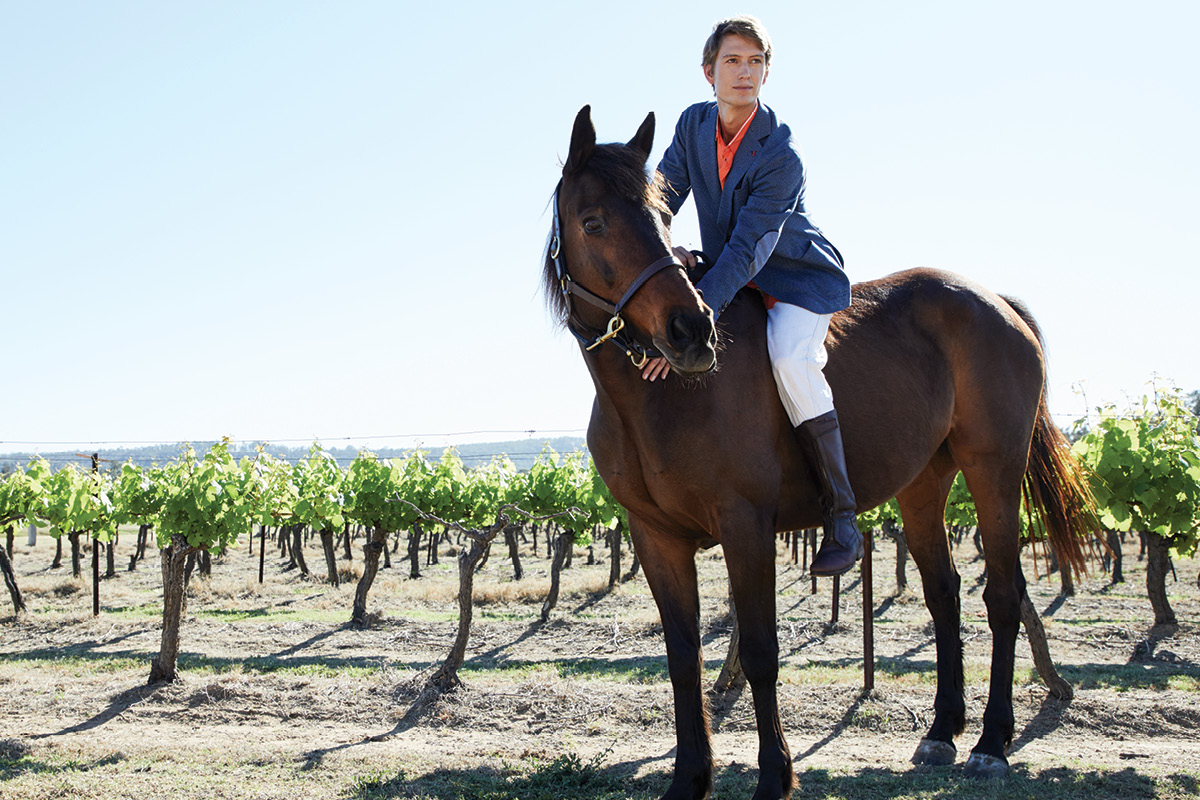 In China, in the year 910, the death of a favoured relative during a polo game led Emperor A-pao-chi to order the beheading of all surviving players. While times have changed somewhat and modern polo players don’t have to worry about beheading, the sport is definitely not for the faint of heart.

“Playing polo gives an incredible adrenaline rush and it’s completely addictive. It is a difficult sport to master; you are on a huge horse trying to hit a ball with a small mallet – the skill level required is very high,” proclaims Janek Gazecki, Founder of Australia’s
Urban Polo series. “It takes a lot of courage to get up on a horse and face down other world-class players – it is a fantastic thing to see and experience.”

Gazecki founded the Urban Polo series in 2005, two years after a friend introduced him to the sport. An associate at a law firm in Sydney, Gazecki became a passionate amateur player of this unique Persian sport, which originated over 2,500 years ago in Central Asia as a way to train cavalry men for war. The game was often played with up to 100 men to a side, though in modern polo each team has only four players.

Gazecki was born in Poland, but moved to Nigeria as a baby with his family, and then to Australia when he was seven years old. “Polish kids have to ride horses – my dad was very clear on that – so I already had some skill, but I quickly fell in love with polo. 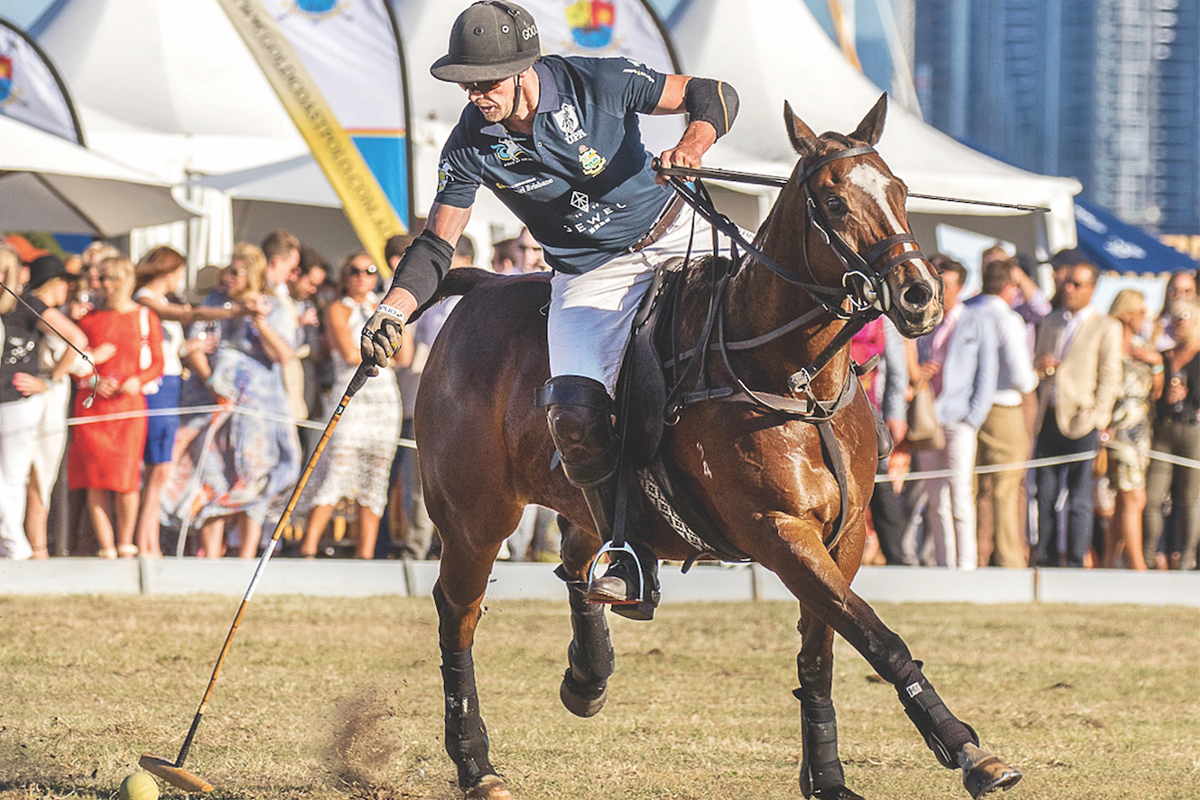 It is one of the oldest sports in the world, but I soon realised no-one had brought it into the twenty-first century and created a modern game for modern spectators,” recalls Gazecki.

He determined that spectators needed to feel closer to the action, and so he reduced the size of the field from 300 metres long to 140 metres, made the ball slightly larger but lighter, and streamlined the rules to retain only those that focused on player and horse safety, rather than technicalities.

“The game is now faster and more furious. The excitement is maintained throughout, and our corporate partners can rest assured that their clients will experience something special when they attend one of our events,” notes Gazecki.

Polo enthusiast Sir Winston Churchill once said: “A polo handicap is a passport to the world.” The sport is experiencing a modern resurgence, with China’s billionaires flocking to new clubs, such as Tianjin Goldin Metropolitan Polo Club (the largest polo club in the country, with three fields, 300 stables and 12 restaurants), and the world’s elite attending similar urban events in the form of Chesterton’s Polo in the Park in London, and the Veuve Clicquot Polo Classic in New York and Los Angeles. But, Australia’s Urban Polo series remains the world’s largest national polo series, and is widely known as the ‘Twenty20 of polo’. 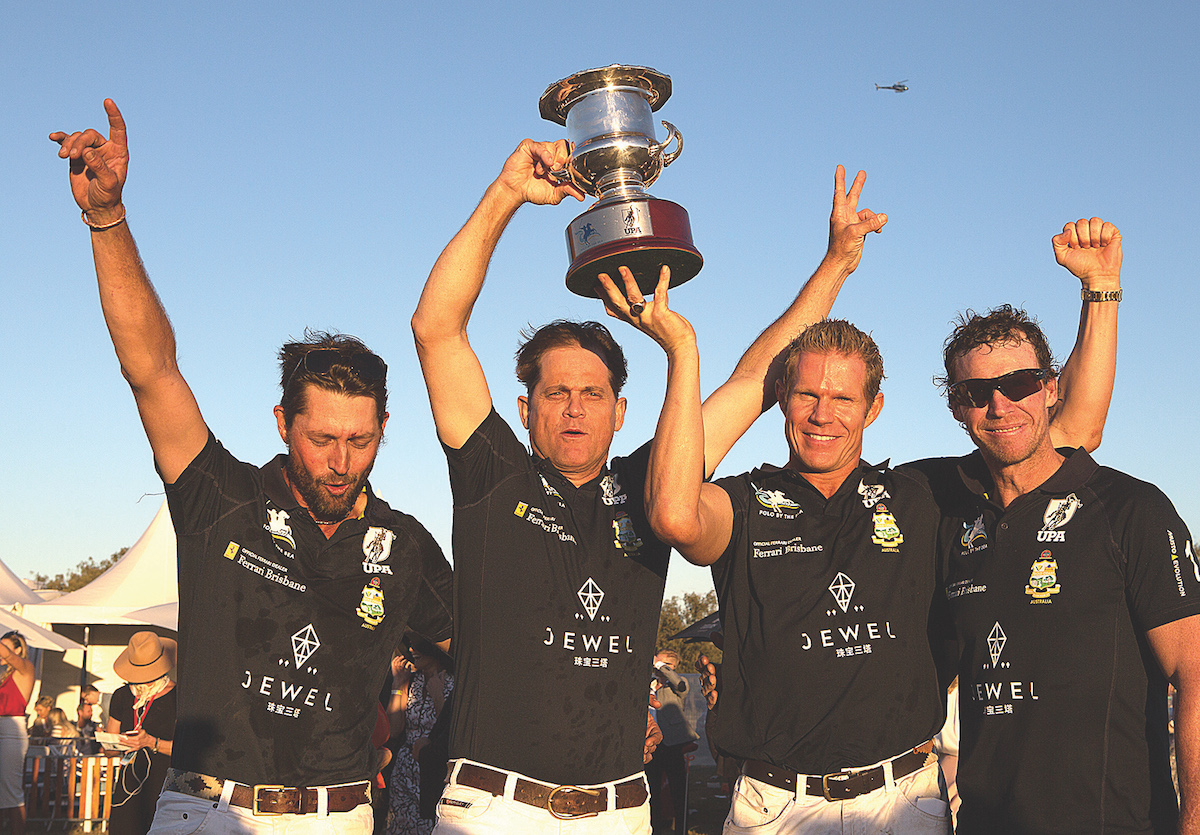 “I knew there was a lot of potential, especially in the client entertainment space. We don’t target the polo community, the aficionados, as that market is limited. Instead, we work with corporate entertainment and branding initiatives, so most attendees are completely new to the sport, and we bring a lot of new people into the polo fraternity,” reports Gazecki.

Fast facts:
US$800,000 – the most expensive sale of a polo pony
in history, a three-month-old clone sold in Buenos Aires (cloning champion ponies is commonplace in the polo fraternity).

“We already offer ultra-premium, high-end quality events to our clients, but I wanted a slightly different feel to Polo in the Vines so that it had a greater emphasis on the culinary experience. As a counterpoint to our summer events, Polo in the Vines has a European autumn theme,” explains Gazecki.

In contrast to the 20,000 people who attend Polo in the City events every year (each event attracts more than 3,500 spectators), Polo in the Vines will only accommodate 700 people – 600 in the club and lounge, and just 100 in the VIP marquee. 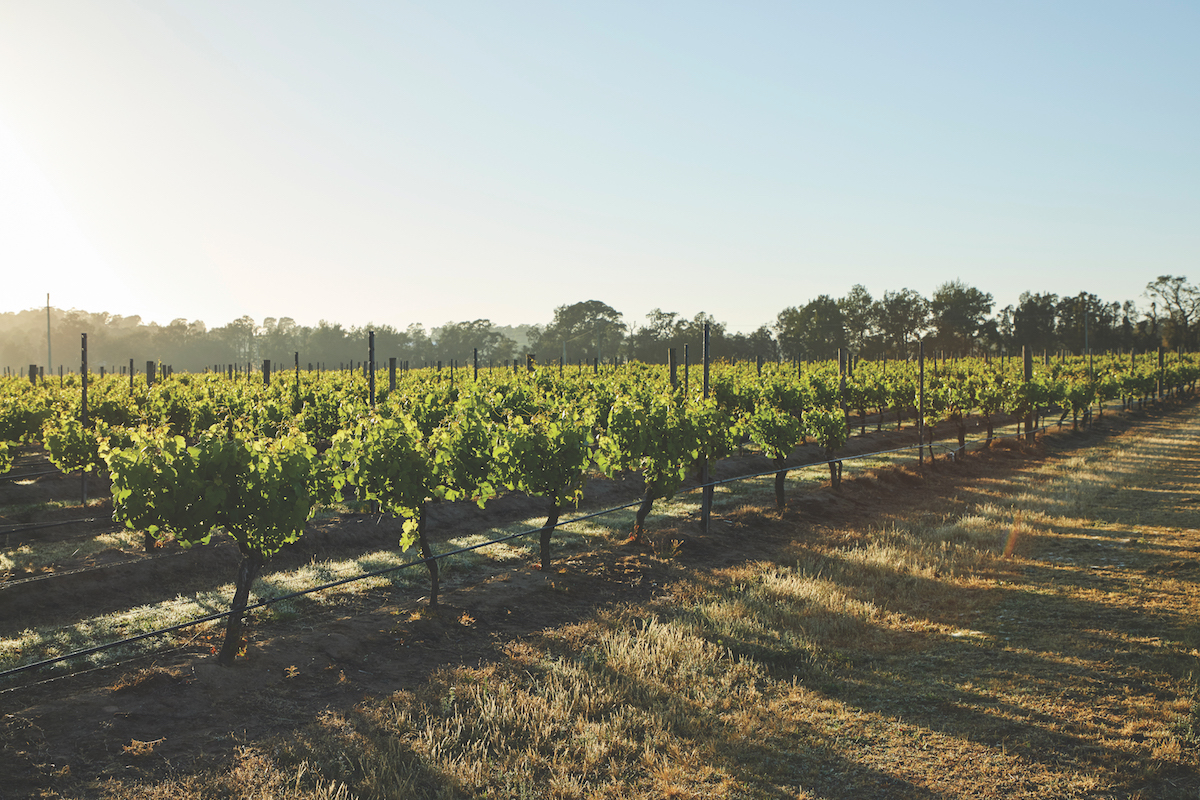 Hunter Valley wines, and a matching six-course meal utilising regional produce designed and served by an internationally hatted chef, are at the heart of the VIP marquee experience. When it came to finding the chef to headline the event, there was only ever one choice.

“Guillaume Brahimi was really the only chef based in Australia who had the profile and the European background that encapsulated what I was looking for,” recalls Gazecki. The exclusive VIP experience set in a luxurious converted barn, reminiscent of an Hermès home, is ‘invite-only’ – you must be an Urban Polo Association member, or have an invitation from one. VIP tickets start at A$550 and include a sit-down meal and the opportunity to meet the players in an intimate setting.

“It was very important to me that the game actually take place in a vineyard, among the vines, so you could have that incredibly beautiful backdrop with the yellows and reds, and be transported to Europe,” says Gazecki. “It wasn’t until we encountered Dark Horse Vineyard that perfection fell upon us.”

Polo in the Vines will include tunes from a resident band and DJ throughout the day, Fashions on the Field and, of course, the traditional ‘stomping of the divots’, with champagne flute in hand, at half-time. Honouring tradition while looking to the future is the trademark of the Urban Polo series.

“We plan to host even more international teams across our events in Australia, as well as overseas events, in coming years. There is a strong appetite among our high-end corporate partners for unique, luxury occasions that will impress their clients – urban polo is the perfect avenue to do just that,” says Gazecki.