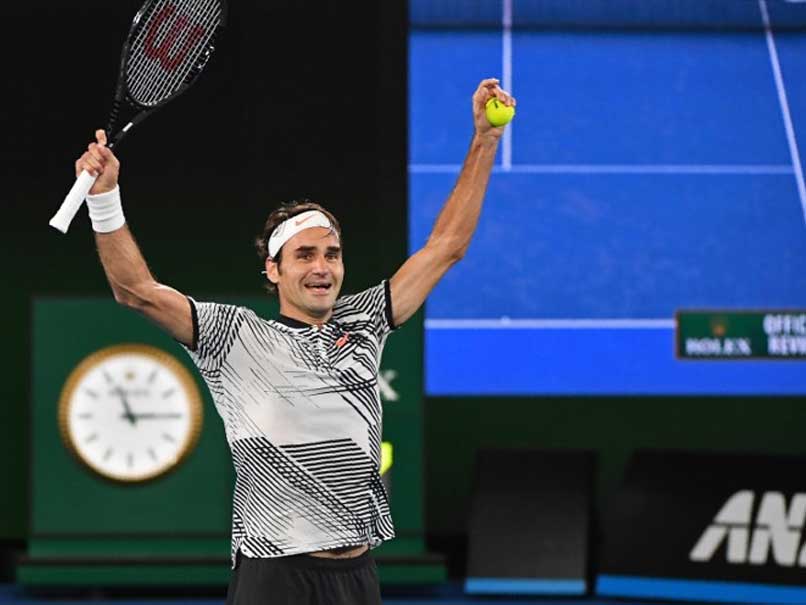 There was a lot to enjoy about the Australian Open Finals, from the Williams sisters 24-shot baseline artillery exchange at the close of the final set, to the fifth-set cliffhanger that saw Roger Federer overcome Rafael Nadal – not to mention the post-match dignity and poise of all four champions.

So to fly into a rage about grammar might seem as boring as raising the spectre of Hitler in an online fight. But sucks to Godwin – one wouldn’t need to be a grammar Nazi if linguistic undesirables didn’t keep assaulting the same edifice. It’s the crime that’s boring, not the fighting of it.

Midway through the fifth set of Australian Open Men’s Final, with Federer refusing to allow Nadal to bury him with a second broken service game, some bozo in the commentary box – I won’t embarrass him but uttering his name – proclaimed:

“And Federer literally hangs on to Nadal …”

Now, I was watching the screen, and at no time was Roger Federer clinging to any part of Rafael Nadal’s person – not his sweatshirt, not his pants, not his chorizo, nothing. They were a court apart, and the only touching they did was after the match.

But the misuse of the word “literally” has become so common the word itself is now next to useless. It is not just butchered by jerks on Twitter, but regularly by today’s professional journalists, who probably should have finished their “little lunch” before dashing into positions like National Online Editor.

For the trillionth time, “literally” does not mean the same thing as “really”, “utterly”, “absolutely”, or any other adverb whose purpose is to intensify. “Literally” means what follows is no metaphor, no exaggeration, but is exactly what is or what happened. Thus “I quite literally had my heart in my mouth” is, unless you’re into auto-cannibalism, laughably incorrect, while “I quite literally lost control of the car” is fine, as “lost control of the car” is not a figure of speech or figurative in any way, but a literal, no-nonsense description of what happened.

Eagle-eyed readers will note I’ve been careful to not consult online dictionary definitions in support of my argument – that’s because, in this particular instance, dictionaries, too, mostly get it wrong:

Much to the chagrin of grammar-lovers everywhere, it turns out that this informal (and completely incorrect) use of “literally” has actually been added to three established dictionaries (which)… have begrudgingly bowed to the will of the grammar-averse public.

In other words, the dictionaries are changing the definitions to suit people who don’t understand the correct definitions, which is a bit like an underwear store deciding to stock hammers for those who don’t know that a “wifebeater” is a singlet. By this logic, if enough blind people – as partially sighted as others are partially educated – report that a house appears to be a big man’s face, then all dictionary listings of the word “house” should include the definition: “Big man’s face (informal)”.

The people responsible for this new ‘informal’ (incorrect) definition of “literally” argue they’re just going with the flow:

Meaning inversion in words is not uncommon. Widespread usage of the word “bad” to mean “outstandingly excellent; first-rate” is one such example. More recently, the word “definitely” has begun fluctuating in meaning. Jezebel published an article in June entitled, “Bachelor Host Releases Dating App Because We Definitely Need More.” … Definitely seems to now be undergoing a shift in meaning and becoming an intensifier in an ironic context, echoing the much disputed linguistic development of literally.

Tosh. “Bad”, as defined by the cultural mixmaster of the American ghetto, is a clever and deliberate reversal, the observation: “That, sister, is a bad outfit!” implying the clothes are so good they’re gonna’ cause trouble – just as “that car is da’ bomb!” expresses a belief that the vehicle is making a big impact – and there’s no “ironic context” when a dolt doesn’t know what “literally” means.

The issue has been a hot topic for debate on the internet for the last few years, with some of those speaking in defence of the new ‘informal’ use putting forward some erudite but ridiculous arguments, to wit:

Indeed, when addressing a stranger (and most particular when in the written form) one should always use the formal; later, should sufficient rapport develop this may be allowed to soften into informal.

So, when one refers to a moose as a “hatstand”, a stranger will be confused, but a good friend will understand you’re talking about a moose? Crap from the mind of a duck.

But there’s no arguing with a million deaf idiots. As one defender of the cause noted:

Yeah, I’m a purist so I wouldn’t use “literally” for emphasis myself. But that fight is lost, so all we can do is surrender with good grace.

In closing, then – and most informally – Roger Federer was literally miserable after his clown mask display of donky pong against the fully-Greek Rafael Nadal in the Estonian Fire Truck Last Gasp at the Little Bowl of Pompadoo yesterday.

Because that’s where we’re headed when we put language in the hands of the infirm.