Chucking a sickie makes me ill

The average Aussie is good at taking sick leave, whether they need it or not, but what about CEOs? Why don’t they take sick leave, ponders Wendy Kay. 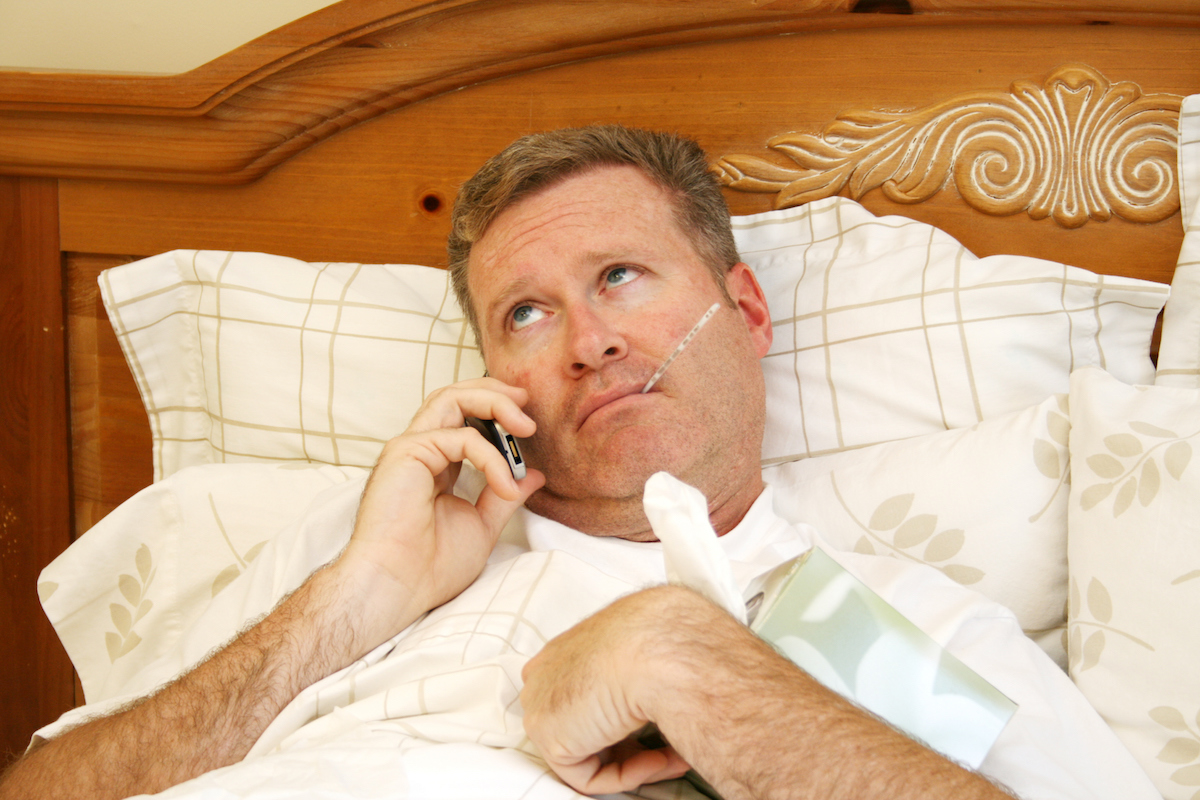 I’m not good at chucking sickies.

In fact, it’s fair to say I fail where thousands of other Aussies excel.

A survey by software company TSheets revealed his week that only 52% of workers taking sick leave were really ill, while 40% admitted to taking a sickie.

There has never been research conducted about CEOs faking it for a day off. Probably because most don’t. While it’s no secret company leaders can be stricken with stress and plagued by loneliness, taking random sick leave to do something else they’d prefer is rare. After all, what else would they rather do than work?

Their intrinsic personalities drive them to achieve and, as published in the Harvard Business Review, their number one fear is being discovered to be incompetent. And what better way to be exposed than to have some young hot shot, who’s been snapping at their heels, dazzle the corporates with sheer awesomeness while they’re off sipping lemon and honey?

A good CEO will also care about the time and effort put in to arrange a complex meeting, organise flights and accommodation, and compile notes and agendas. A great CEO hates to let people down. A no-show is an epic fail.

And then, of course, there is FOMO. CEOs, like teenage girls, suffer from the fear of missing out. Their instinct is to be in control, to fire the shots, to have their finger on the pulse. They live to work, not work to live.

As a contractor, I no longer have access to sick leave, but even when I did, I sucked at taking it. Genuine or not.

The one and only time I attempted to call in sick, when feeling more fed up than ill, I floundered dismally in a strategy far more deathlike than me.

Charged with nerves and feelings of guilt, I called the boss – quaint I know, but being old-school, a text didn’t cut it for me. There followed a two-minute monologue in my best and over-rehearsed, croaky voice, describing in detail how crook I was.

Instead of keeping it simple and sounding just a little snuffly, I feigned an illness as elaborate as Ebola. Coughing and spluttering into the phone, I delved so heavily into gory minutiae that had I really been that ill I would have been quarantined.

The problem was that the more I rabbited on, trying to convince him I was sick, the less I stayed in character. My croakiness waned, my spluttering became intermittent and it wasn’t long before I was bouncing along in my regular chatty tone, remarkably fine.

By the end of my Oscar-winning performance, I knew he knew the game was up.

Cornered, I tried the martyr approach and feebly offered to come in, to which my savvy boss responded with his own award-winning role and suggested in his best syrupy tone that I stay home and ‘rest up’.

Of course, there are other, more common excuses I could have used. Feigning a relative’s death is popular but, in my case, not practical. My boss knew I wasn’t flush with family members, so unless I knocked off my daughter or household pet, that excuse wouldn’t wash.

I was renowned for never getting a headache and had never complained of back pain. A sprained ankle would have required me to hop around the office for the next week, while tonsillitis would call for whispering, something way beyond my capacity.

Instead, I over-egged the pudding to prove my malaise and dug myself into a hole. Rather than spending my day smugly luxuriating in bed reading trashy mags and watching Dr Phil, I stressed over how sick I would have to appear the following day when I returned to work. Indeed, could I return so soon having given the impression I was nearly dead?

I never chucked another sickie. It made me ill just thinking about it.

Have you taken a sickie? What was your excuse? Did it ever backfire, leaving you caught out?