If you’re in need of some new (or old) motivations, try Stan. Or find a fellow creative to bounce ideas off. Or try Stan… 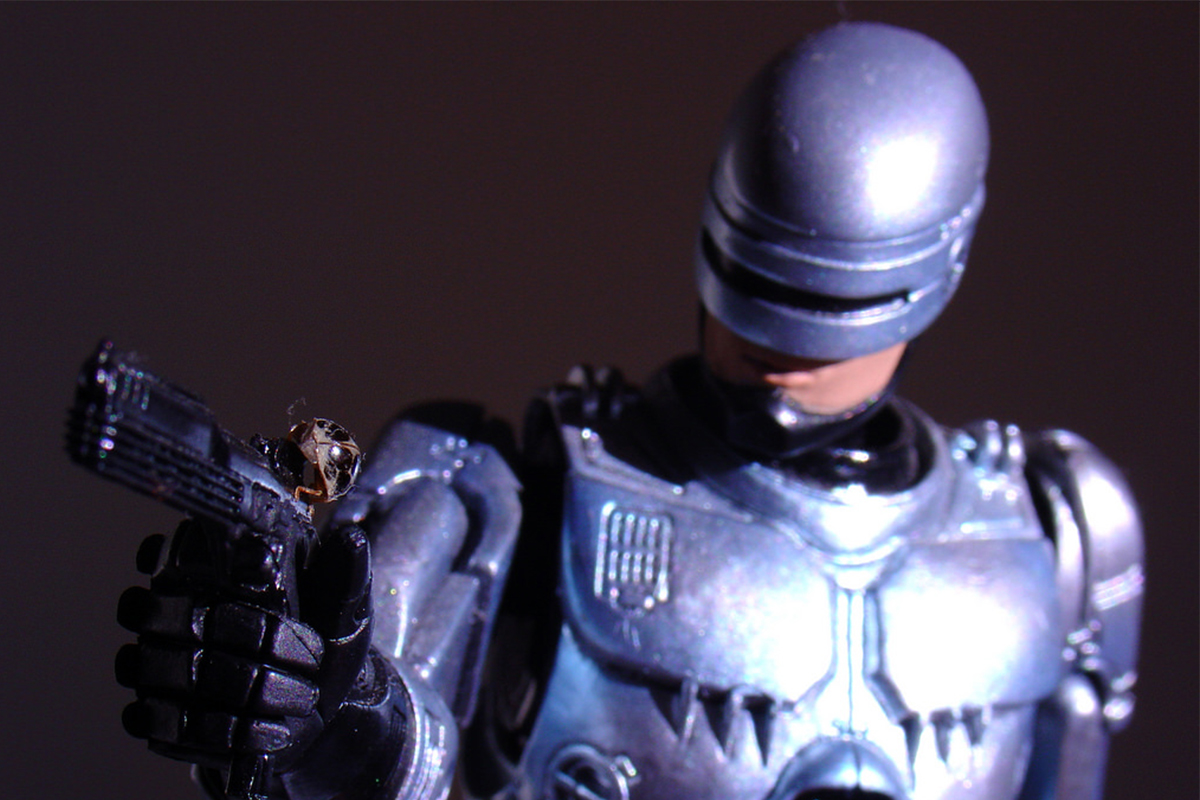 Last night, I discovered RoboCop was on Stan, so naturally my next move was to watch RoboCop. Aside from it being totally awesome to see Leland Palmer (aka Ray Wise) and Red Forman (Kurtwood Smith) team up against the most ridiculous law-enforcement strategy since Border Force tried to get Melbourne’s hipsters to hand over their papers in Fed Square, there are some incredible gems in the film’s IMDB trivia section.

Side note: I still slide over to IMDB after watching a film, mostly out of habit, because they used to have interesting facts, esoteric references I missed and insights into production that enriched the cinematic experience. But lately, it’s nothing but keyboard-toting lunatics submitting ‘trivia’ such as “It was a troubled production that went over budget” or “The producers momentarily considered Chris Hemsworth for the title role” or “Jackie Chan almost died making this one”.

Anyway, if you wanted evidence that inspiration is one of humanity’s most abundant and common resources, this is the place to go. While you’re struggling to come up with a good idea for the eight-part series Netflix has green-lit you for, check out these two gems about the film’s writers:

“Edward Neumeier came up with the idea for RoboCop after he had helped out on the set of Blade Runner (1982), which was about cops hunting robots that looked like humans in the future. Intrigued, Neumeier turned the scenario around into a future where a cop looking like a robot would be hunting human criminals.”

“Writer Edward Neumeier was an executive at Universal and hated his job so he jacked it in to pursue his dream of writing a screenplay about a robot that became a cop. Coincidentally fellow scribe Michael Miner was working on a script about a human cop who becomes a robot. It was a natural progression for the two to join forces.”

That’s all it takes, aspiring creatives. Go back through your Year 4 process-writing book and it’s entirely probable you’ll find something as mindblowingly breakthroughsome as ‘COP = ROBOT? ROBOT = …COP?!’, even if Mrs Luck gave it the red pen treatment at the time. Now all you need to do is break out the action figures, start blocking some key scenes and practise saying things like, “This is fascism for liberals, and if you can’t understand satire it’s your problem, not mine.”

Meanwhile, I’ll be spending the rest of today on Stan, which also has The Terminator, Ghost in the Shell, Ghostbusters, A League of Their Own, Ghostbusters, The Delinquents… (I am not sponsored by Stan or the 1980s.)