One Nation renovation reveals a party that deserves to die

Pauline Hanson’s dumping of an Asian candidate for making “homophobic” remarks betrays an Australian political movement that is as stupid as they come, writes Jack Marx. 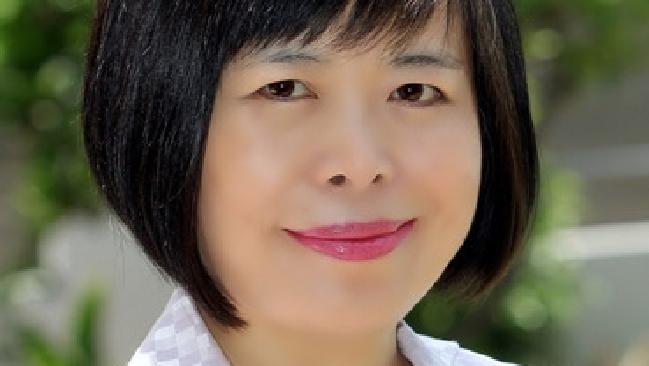 In a bizarre political moment that is making big news, the stridently anti-Asian and anti-gay Pauline Hanson has sacked her One Nation party’s only Asian candidate, Shan Ju Lin, for making anti-gay comments.

I’m now going to retype that paragraph — not just because I’m being paid by the word, but because I suspect that, no matter how long I live, I may never get the opportunity to enjoy writing such a ridiculous sentence again.

Pauline Hanson has sacked her One Nation party’s only Asian candidate for making anti-gay comments.

For those who live mercifully far from the kingdom where all of this is happening, Pauline Hanson is a former fish’n’chip shop operator who, because Australian politicians are as dull as cabbage, drew massive media attention when she popped up in the mid 1990s, her blaze of red hair, imbecilic right-wing views and tremulous Hills Hoist squawk a temporary relief from the mumbling greys of Canberra.

Though Pauline and her supporters saw her popularity as vindication of her outlook, the truth is that Pauline was popular with the press because she seemed such an outstanding idiot. She proposed solving the national debt by printing more money. She accused African immigrants of trafficking AIDS, and warned of an Australia being “swamped by Asians”. She published a book, which she later confessed she hadn’t yet read. Her list of brain-belches is voluminous, and at times it seemed she couldn’t open her mouth without something ugly or stupid falling out of it. Naturally, the press loved it.

Two decades later and the joke has backfired, Pauline elected to the Senate in 2016 — once again, not because her views are particularly well formed, but because a significant percentage of Australians are as thick as the gravy she once blurted on their chips. In this “era of terrorism”, Hanson has simply replaced “Asian” with “Muslim” and scored a bullseye with dills too ignorant to know the difference between a burqa and a fatwa.

As a consequence, Pauline Hanson’s One Nation party has always been a cretin’s gallery of climate-change deniers, fundamentalist flat-earthers and weird caricatures whose eyes seem to float in a kind of Paranoia Blue. Dunces have never been more confederate, because nobody with a quantum of intelligence would embarrass themselves by standing under such a septic and stupid flag.

Even so, we would surely need a new word for “daft” to explain why Shan Ju Lin, a woman of Taiwanese heritage, would join a political party whose leader sincerely believes that Asians are the roaches of the world.

"I believe we are in danger of being swamped by Asians,” said Pauline in her maiden speech to Parliament. “They have their own culture and religion, form ghettos and do not assimilate. Of course, I will be called racist, but if I can invite who I want into my home, then I should have the right to say who comes into my country.”

It’s a position Ms Ju Lin must surely have noted, as Pauline has never stepped back from it, and Ms Ju Lin’s decision to embrace One Nation’s toxic platform late last year was as strange as when the Ku Klux Klan opened its doors to Jews and blacks. It just didn’t make sense.

Perhaps it was Pauline’s ill-cloaked loathing of gays and lesbians that soothed Ms Ju Lin’s own sense of racial insult. Ms Ju Lin has, for some years now, made her feelings about gays and lesbians known, and last year Pauline Hanson dusted off her own revulsion of homosexuals by suggesting gays and lesbians who want to get married should move to another country. On the topic of homosexuality, Hanson and Ju Lin seem very much on the same page.

Nevertheless, Pauline Hanson has now sacked Shan Ju Lin, claiming: “I will not stand by and allow people to trash the party or my name”, which is a bit like a Viking declaring he will not tolerate any farting at the dinner table. Ms Ju Lin’s undoubtedly disparaging comments were at least confined to her Facebook page; Pauline Hanson’s opinions, such as the suggestion that gay marriage may lead to “marriage to children as young as 9 years of age”, are currently displayed on the One Nation website. It’s enough to make one suspect there was something else about Shan Ju Lin that Pauline Hanson didn’t like all along. At least the party’s no longer “swamped with Asians”, right?

The generous are saying this is simply the latest in “Renovation One Nation”. Just before Christmas, and just days after being announced for the 2017 candidacy in Queensland, Andy Semple was shown the door after “inappropriate tweets” were discovered in his recent history, and, earlier in the month, Rod Culleton quit the party with Pauline’s blessing, Hanson’s critique of the outgoing Senator being that “he was a pain in my backside”. Culleton has since been allegedly beaten up as he was served bankruptcy papers by new One Nation hopeful, Anthony Fels. Perhaps Pauline Hanson was revealing more than she knew when she told Andrew Denton in 2004 that: “There were some radicals that tagged themselves to me”. Of course there were. Crap breeds maggots.

It is encouraged these days that we “tolerate” those who are themselves intolerant, to be “better” than them, or because it’s “the democratic way”. But there can’t be anything noble or smart about standing by and giggling while chimpanzees pound on the world destruct button. These people are morons, and they’re not far from being in charge. Pauline Hanson has made a career out of frightening a nation into believing that ironclad border control will stop the herpes, but the folly of that thinking is betrayed by her own experience, her eagle-eyed party police unable to keep “ratbags” out of her own political edifice. That she’s shedding them, after employing them, does no service to her party or her name, which magnetised such dross in the first place.

Shan Ju Lin has a right to feel surprised, as she does. And holders of right-wing views deserve better than One Nation. There are doubtless many elements of right-wing political thinking that are worthwhile and needed, that cry out for an erudite and intelligent voice to haul them from the stigma of intolerance and bad history.

The jerks that curtsy around Pauline Hanson and One Nation will never be those voices.

Someone ought to clean this junk out of here fast.