The Pokies School of Motivational Thinking

Read this column and you’ll receive a modest reward with the promise of more, writes Shane Cubis. 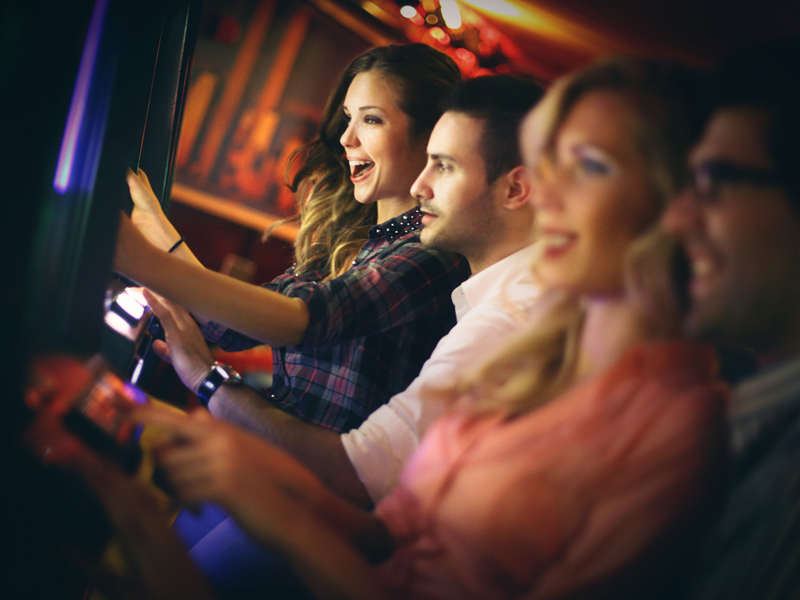 A few years ago a whole range of psychological experts were talking up gamification as a way of getting people to do what you want. It was touted as the ideal way to get kids helping with chores, forcing yourself to lose weight and a fun way to motivate employees into being more engaged with their work. The thinking, in a cradle-area nutshell, is that people love to play – whether they’re hardcore FPS fans, Go-passing slumlords or lolly-themed puzzler addicts, a huge percentage of us are fired up by the challenges and, more importantly, rewards of a game. So add a layer of fun to toil and people will respond. Maybe it’s a friendly sales leaderboard or XP system for slaying OH&S demons or badges for completing training modules.

Anyway, the fad passed after a handful of intra-office competitions that took too much work to maintain. Except for Uber, it turns out, who use the gamification model to motivate the troops for harder, longer forced marches in specific geographical areas. But they didn’t take the light-hearted road of raffle tickets for meeting KPIs when designing their in-car operating system for drivers. Nope, they went Full Pokies.

Wander through the pokies lounge of your local leagues club, pausing for a free cup of tea and Shortbread Cream, and you’ll see the ne plus ultra of gamified motivation. Every bright colour, adorable animation and sing-song siren of melody is honed to a vicious point for maximum psychological reward. The coin drops are randomised, sure, but with NASA-defeating probability mathematics to string players along for just… one… or… two… more… slaps.

Back to Uber, who have taken the Queen of the Nile and installed her in a car along with complimentary mints, bottled water and conversations about how great Uber is. They use earning goal alerts, auto-loading jobs and other psychological tricks to keep drivers on the road for longer hours, in the same way pokies keep pensioners hooked when they should really be getting home to put the roast on. “You’re only $10 away from making $330! And look, there’s a passenger waiting just two blocks away! Come onnnn… just one more lift… What else are you doing?” (That’s a paraphrase.)

Is this a problem? That depends on whether you see it as the harmless motivation of humanity’s in-built pleasure centres in pursuit of mutual profit and productivity, or the underhanded internalisation of company goals in ostensibly independent contractors courtesy of cutting-edge behavioural science.

Are you picturing a happy worker or a lab rat?