The problem’s not fake news, but fake readers In the days since outgoing President Barrack Obama expressed his alarm at the proliferation of fake news — legitimising, at the highest level, what had previously been a bit of a schoolyard concern — the world media has become overwhelmed with helpful guides on how to spot fake news, differentiate it from real news, and do something about it.

This is all helpful stuff, most notably a piece published in The New York Times, a very interesting case study on how a simple misinformed tweet went viral and became ‘truth’.

But, despite many voices claiming we’ve entered some new epoch, that world politics has suddenly become a cathouse of swindlers camouflaged by technology, there is nothing terribly new happening here. Propaganda is as old as politics and a legitimate form of non-lethal warfare. One could argue the great deceptions of World War 2 — like the phony D-Day landings or Operation Mincemeat — would not have been necessary had some enterprising German been able to destroy Hitler’s credibility with a ruinous tweet back in 1933.

A fantastic piece published in The Economist five years ago explains in detail how a 16th century social media revolution called the printing press sparked The Reformation — Martin Luther, architect of the Protestant revolution, perhaps being the world’s first ‘troll’, his popular pamphlets resembling little more than nasty tweets that told of the peasantry being “lying, thieving hordes” who the nobility must “smite, slay and stay them as one would a mad dog” — bitter little calls to arms that resulted in the violent deaths of hundreds of thousands.

What <em>is</em> alarming is not that people are <em>perpetrating</em> fake news, but that, nearly 500 years since the mass dissemination of the printed word began, so many in a modern, educated society like the USA lack the simple comprehension skills to spot a howler when they see one.

What is alarming is not that people are perpetrating fake news, but that, nearly 500 years since the mass dissemination of the printed word began, so many in a modern, educated society like the USA lack the simple comprehension skills to spot a howler when they see one.

According to a study conducted by Stanford University (that was, coincidentally enough, released last week) involving 7,804 students from high school through to college, most teenagers still can’t tell the difference between an advertisement and a genuine story.

“Some 82% of middle-schoolers couldn’t distinguish between an ad labelled ‘sponsored content’ and a real news story on a website,” the study revealed. “Many students judged the credibility of newsy tweets based on how much detail they contained or whether a large photo was attached, rather than on the source.”

“More than two out of three middle-schoolers couldn’t see any valid reason to mistrust a post written by a bank executive arguing that young adults need more financial-planning help.”

That problem’s not Mark Zuckerberg’s to solve — it’s not even about social media. There’s an interesting collection on Breitbart of a dozen fake news stories that were perpetrated not by tweeters or Facebook jockeys, but by journalists in mainstream media, their readers and peers perfectly happy to be played for suckers. Americans can’t read, their ability to operate computers merely giving them more confidence than they deserve.

It’s surprising that America, a nation built on deception (of the Aztec Empire first, then the American Indian), might not be more suspicious of the written word. Her suspicion of science is profound — nearly a third of all Americans still believe the Bible is the literal word of God. 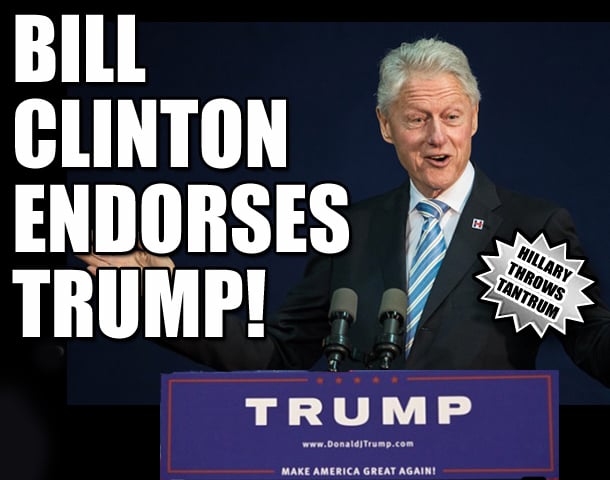 And while it might sound fairly reasonable that only 7% of Americans still believe the moon landings were faked, consider that’s over 20 million people — about a third of the number that voted Donald Trump into office — and it suddenly starts to look unsurprising that the sea monkeys have taken over the aquarium.

In other fake news, Donald Trump is angered by a fake Donald Trump, Krispy Kreme has been accused of having fake doughnuts, and Hillary Clinton is hopping mad at news that her husband endorsed Donald Trump.

Only one of those stories is untrue.