Let’s get ready to rumble

Regardless of what you think about who is the better fighter overall (McGregor) or who will win the fight (Mayweather), is this really the best we can do, asks Jennifer W Neal. 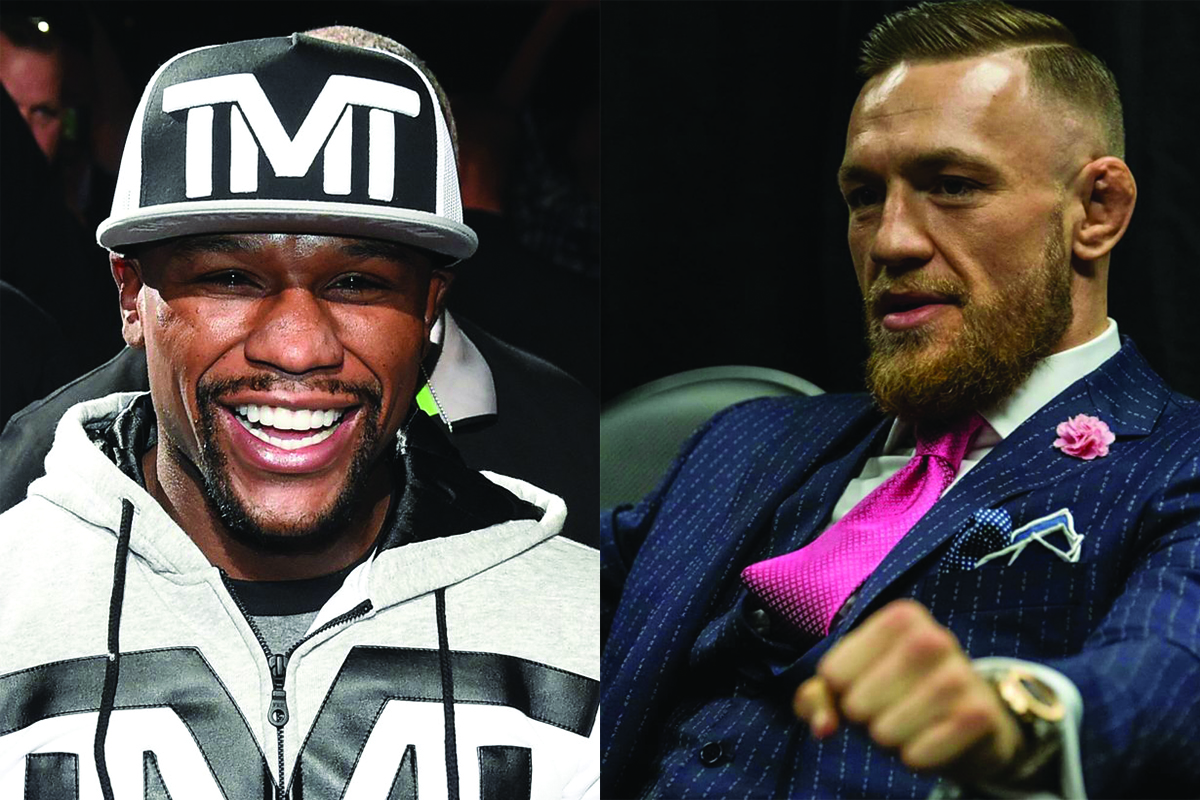 I’ll be honest. I’ve only watched a few minutes of the press conferences promoting the upcoming human genome experiment between UFC champion Conor McGregor and boxing champion slash part-time woman beater Floyd Mayweather, Jr. I got 3 minutes and 27 seconds into their London powwow before I switched tabs and started watching a video of dogs that don’t want to take a bath.

I understand that human evolution, such as it is, requires the occasional mental escape into blood sport. Our race is a violent one; and with any luck – the aliens will colonise us into a more domesticated species before we get bored with discriminating against each other and start dropping bombs instead.

But regardless of what you think about who is the better fighter overall (McGregor) or who will win the fight (Mayweather) there’s one important question that nobody seems interested in asking: Is this really the best we can do?

I don’t mean the contenders themselves; I mean the pomp, the arrogance, the designer sunglasses indoors, the jewel-encrusted limbs and the fame, fortune and reverence we laud upon two men who are, quite frankly, the worst our species has to offer.

Sport isn’t what it used to be. We have come a long day from the era of Muhammad Ali who, while far from perfect, brought a level of integrity to the world of boxing that has not yet been replicated either in or out of the ring. Professional athletes used to put their careers on the line to stand up for causes and against institutions, making a difference in a world from which their fame and money often left them removed.

No, it’s not something we have any right to ask from them; these are people who put their bodies into a world of hurt for our entertainment – but it means something nonetheless. It’s gestures like the raised fists of Tommie Smith and John Carlos, or the hooded photos of the Miami Heat in reference to the murder of Trayvon Martin who accomplish something that meager opinion columnists like myself do not – they make people pay attention. They make people listen, and they make people learn.

And the only thing we are learning from the upcoming battle of the testes is that we will always prioritise a good beat down over even the mild temptation to evolve intellectually or emotionally. And we’ll reward it with a purse that runs upwards of 500 million dollars…which is enough money to buy 100 Lamborghini Veneno Roadsters.

I, for one, hope they both lose. And I’ll be watching on 26 August just to make sure – also, because I’m a horrible person – just like you.