Sexual harassment or a compliment?

With Don Burke being called to account for alleged sexual misconduct, Wendy Kay questions whether her own sense of humour made her able to brush off callous unwanted advances throughout 40 years in the media. 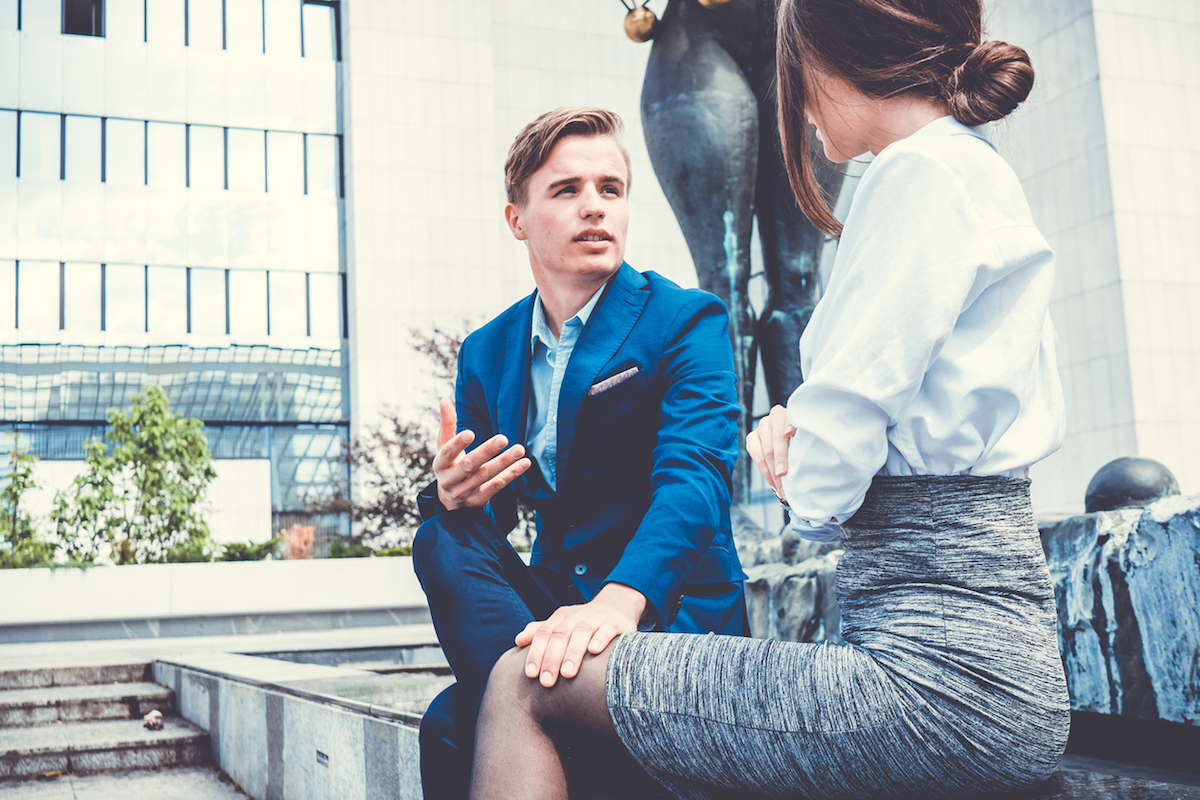 Like dozens of other women working in the media during the 90s I have several Don Burke stories.

During my years at Radio 2UE, the gardening guru and host of a weekend program had an odious reputation.

From drawing male genitalia in compromising positions on photographs of female celebrities, to airing his carnal fantasies while you made coffee in the kitchen, Burke was relentless.

Not aired so confidently were complaints about his behaviour.

Sure, there was muttering along the corridors, with attitudes ranging from bemusement to contempt, but the message down the ranks was that he was a superstar who rated. ‘Burkey boy’ meant no harm, therefore there was no problem.

I was an 18-year-old newspaper cadet in the 70s when my chief of staff offered on a daily basis to help me with my stories, if I would just allow him to stroke my ‘left mammary gland’. He also regularly promised to show me ‘his’, if I showed him ‘mine’.

I was an 18-year-old newspaper cadet in the 70s when my chief of staff offered on a daily basis to help me with my stories, if I would just allow him to stroke my ‘left mammary gland’.

The climate was no different in Hong Kong when I worked on the South China Post in the 80s among men of varying nationalities and backgrounds, nor were there any surprises when I returned to Sydney and joined Network Ten to work on breakfast television.

There was another memorable incident, however, while working one night alone prepping the program. It was after midnight and a very drunk producer from the newsroom stumbled into my office.

Dropping to all fours he crawled across the floor, disappearing from view until I felt him underneath my desk attempting to prise open my legs and describing in graphic detail what he wanted to do to me. Kicking him away I ordered him to go sit in the corner and sleep it off.

To be honest, it never occurred to me, just as it rarely occurred to many other women. We instinctively understood complaints would not be taken seriously. Being groped or ‘complimented’ about our boobs, butts, or legs, was par for the course; it went with the job.

We instinctively understood complaints would not be taken seriously. Being groped or ‘complimented’ about our boobs, butts, or legs, was par for the course; it went with the job.

I am also one of those women more bemused by stupid male behaviour than threatened. I could fire back a sassy retort to a lewd comment or verbally slap a male offender down with a ball breaker of an insult to ensure I wasn’t messed with again.

In fact, such was my apathy to ribald behaviour I didn’t even recognise it as sexual harassment.

Did that mean I had a stronger sense of humour? A tougher skin? I’m not sure.

It took a female colleague to point out to me that, while I could hold my own, many other women subjected to daily doses of vulgar remarks and pathetic attempts at sexual relations were emotionally crippled by them.

This is why stronger workplace boundaries have been established and unacceptable behaviour by men is finally being called into account.

The dilemma I face is determining what exactly is unacceptable. Behaviour deeply offensive to some women, is still laughed off by me.

Complain immediately if you are physically harassed.

Complain immediately if you are constantly teased about your body.

Complain immediately if a lewd joke or video demeaning women is bandied around the office.

Complain immediately if you are made to feel anything less than a colleague doing her job.

This is all clear-cut, unacceptable behaviour.

But there is a grey area where I get confused, due perhaps to being an older woman, who having worked across print, television and radio for nearly four decades is probably more conditioned to behaviour regarded today by the sisterhood as inappropriate.

Just recently I listened to a conversation among a group of teenage girls complaining at being gawked at while clubbing, the horror of being whistled at while walking past a building site and the distaste over a male colleague telling one of them she looked good in a dress.

The latter remark was particularly confusing after hearing the girls gush over a colleague dressed up in a suit. Having seen these beautiful girls strut their stuff and sassily flirt, I wondered why they were so quickly offended by the attention they attracted.

They appear to have been empowered to become easily offended when it suits. Every sideways glance a male colleague shoots at them, every clumsy comment meant simply as a compliment has the potential to be misinterpreted and be labelled offensive.

I have also noticed another disconcerting trend emerging.

While young men are learning to navigate the politically correct minefield in modern offices, their female counterparts are breaking all the rules.

Enjoying the freedom to act like the boys, why is it acceptable for female colleagues to comment on a male butt, be lewd about the local tradies, or gather to perve over the latest firies calendar? I have been guilty of it myself.

Enjoying the freedom to act like the boys, why is it acceptable for female colleagues to comment on a male butt, be lewd about the local tradies, or gather to perve over the latest firies calendar?

Of course, the power play between the sexes has historically been heavily in favour of men and, as allegations of sexual harassment pour in thick and fast from around the world, it’s time they were examined. But then it’s time to move on.

Men have moved on and are far more respectful today in the office and rightly so. But young women entering the workplace armed with oversensitive radars and a bolshy sense of influence need to be called to account as well.

It’s the equality we fought for.