The year just passed has copped a hiding from people who it actually treated quite well, writes Jack Marx. 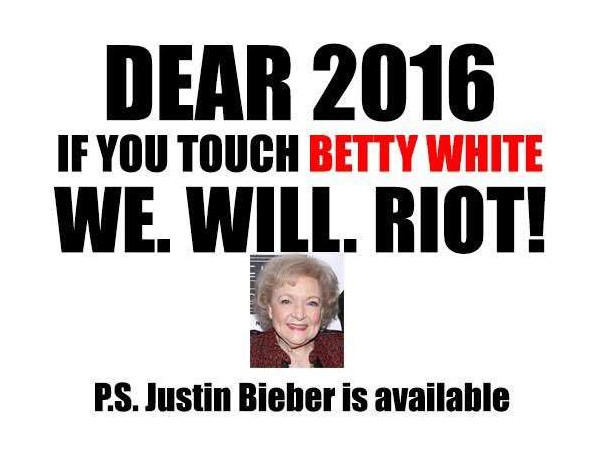 They say that 2016 was a bastard, that “it” killed David Bowie, Lemmy Kilmister and the chick from Star Wars. It wasn’t drugs, booze and hard living that did it, but the year itself, which morphed from a mere collection of months to a reaper with an evil eye on the arts. People farewelled 2016 with a kick in the nuts on December 31, cries of “good riddance” replacing the traditional “Happy New Year” as the clock struck midnight.

It’s all a bit silly. A year doesn’t care about you and I and it doesn’t give a fig about the arts. Time doesn’t lurk in the shadows with nuisance on its mind, any more than the canvas leers at the boxer, or the wristwatch tells dirty jokes.

But even if it were so – if 2016 had a soul discernible from the personalities of 1915 or 2011 – it was actually a pretty good year for all but the constitutionally miserable. It furnished Syrians with a pretty hard time, and enthroned a weird President in the USA, but otherwise 2016 was pretty courteous toward the people of planet Earth. If the United Kingdom is a decent sample, and the annual population increase is taken into account, 2016 was quite the gentleman where death was concerned. She was no Jeffery Dahmer.

It is said that 2016 was a destroyer of art, but that’s crap. It oversaw the death of Leonard Cohen, but did not destroy his records and CDs. Nor did it pulp all copies of To Kill a Mockingbird, despite ushering Harper Lee into the grave. It did not torch all footage of Muhammad Ali fighting, or munch every last reel of Willy Wonka & the Chocolate Factory. These people who we only knew for their art are as alive to us today as they always were, and unless you were Gene Wilder’s flatmate you’ve got no business even noting his passing, let alone sobbing all over your Twitter account.

But sadness is sexy in these “look at me” times. Every kid who watched the attention heaped on the boy or girl whose father had died fantasised about being the centre of such a grim spotlight, and that sick desire carries over to the

schoolyard of social media, where sympathy is confused with love and tears are proof of a powerful heart. Revealing that you’re shattered gets more hits and likes than a declaration of love. The obligatory “outpouring of grief” is jolly good fun for the media and the lumpenmasse.

Those who lived in Australia when Steve Irwin died in 2006 will recall the idiotic moment when a tabloid asked a psychologist for tips on how to break it to your kids that the crocodile hunter had died. The best policy – which didn’t seem to occur to the merchants of grief – was to not tell them at all. There was no need to tell kids that the guy who was still leaping and barking on their televisions was dead, any more than there was a need to tell them that Big Bird was just a dude in a chicken suit. But, in a bizarre national case of Munchausen by Proxy, parents were happy to abuse their kids in order to justify their addiction to grief. History would have forgiven any nation that nuked Australia at this moment in time.

And history will record that 2016 was actually kinder than social media reported. Yes, George Michael, Prince, Umberto Eco and a score of other movers-and-shakers went still. But the year spared Michael Caine, Jerry Lewis, Betty White, Keith Richards, and countless more of the working loved. It also left the art of Patty Duke and Debbie Reynolds untouched, and you can still enjoy Zsa Zsa Gabor’s episodes of F Troop and Mister Ed if you want to.

For mine, 2016’s greatest error was to not take Glenn Frey’s catalogue with him.