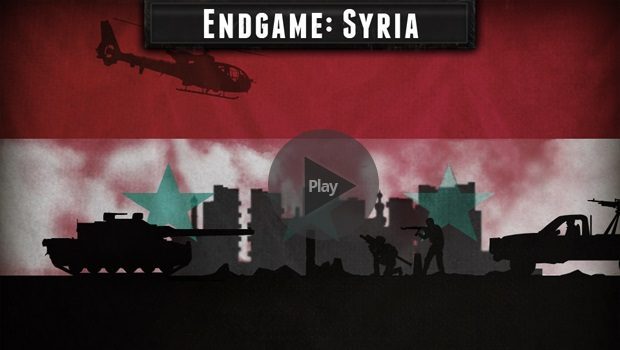 If there has been one good thing to come out of the Syrian nightmare it’s the revelation of how comparatively smart we are in the west.

While those non-English-speaking nincompoops have been stumbling in the rubble getting blood and plaster all over their babies, a constellation of cranky millenials and chin-stroking baby boomers half a world away have known exactly what to do all along; what the problem is, who caused it, and the political prescription that might have stopped the stink before it started.

Despite the Syrian conflict being a puzzle for the ages – an all-in brawl involving combatants from upwards of 80s countries, alliances that shift with the clock and a withering confederacy of clashing ideologies that would make the most patient of diplomats wince in pain – the Twitterverse bellows with opinions hardened by certainty and consecrated by a brainpower that only television and a Bachelor of Arts degree could bake.

These people aren’t professional commentators, mind. They’re ordinary people, like you and me. They’re CEOs, farmers, accountants and the unemployed. They’re mums and dads. They’re bass players. They’re off-the-rack 21st-century commuters in 9-to-five jobs with one-hour lunch breaks that don’t give much quarter for the reading of books. Yet somehow they know that Obama’s a jerk, Putin’s a boob and a kid who was brained on the other side of the world was definitely shot by so-and-so’s bullet.

One would think that to accrue even a passable understanding of the political history of Syria – let alone the histories of Jordan, Turkey, Iran and Iraq, US and Russian foreign policy, the historic schism between Shia and Sunni, the motives that drive the PYD and the PKK, the Ba’athists, the Jaysh al-Muwahhideen, the PLA, Hezbollah, the Grey Wolves, Hamas, Jaish al-Islam, Ahrar ash-Sham and Faylaq Al-Sham, the Kurdish tribes of Afrin, Kobane and Qamishli, the al-Nusra Front, Reconstrucción Comunista, Peshmerga etcetera, etcetera – one would require a short lifetime of utter indulgence in nought but the study at hand.

Yet a casual glance at the profiles of these opinionistas reveals they manage to squeeze in not just excursions to Sundance and the Ubud Writers Festival, but weekends languishing with Bon Iver albums and bloated binge sessions of How I Met Your Mother (seasons one to nine). The time-management alone is mind-boggling, and one can do little else but genuflect to the genius of western education.

Take this piece of footage, which emerged over the weekend, of Canadian journalist, Eva Bartlett, who claims to have spent the better part of the last few years covering the war in Syria. She makes some pretty strong claims – about the western media being wrong, about how the humanitarian group called The White Helmets are fakers, about how we’ve all been suckered by footage of Syrian war victims that have in fact been “recycled” – and she certainly seems to know what she’s talking about. But, sitting over here in the west, one really can’t possibly know for sure that Eve does know what she’s talking about, that her opinion isn’t tilted one way or another like everyone else’s. Sure, she’s there, on the ground in Syria, but so’s Bashar al-Assad, Abu Bakr al-Baghdadi and Sean MacFarland, and nobody trusts their words as gospel.

But the men and women of the Twitterverse don’t have such misgivings regarding Eva Bartlett, who’s been almost universally praised as a destroyer of lies and a dismantler of dills, the online audience applauding like school teachers for a pupil who’s passed a spelling bee, as if Eva’ s merely given voice to facts they already knew to be true. How do they know this stuff? Their foreknowledge of the news from Syria is so boundless they don’t have to check a damn thing once they’ve heard it, to the point where it’s a wonder they don’t miss something every now and then.

It’s a horrible shame, really, that such brilliant minds weren’t on the ground in Syria back in 2011, before the strife began, as they surely would have averted it. But it’s not too late for them to make a difference.

Aleppo is now in ruins, and there are those who presume it will take many years and billions of dollars to put it back together. One can always send money to the Red Cross – if one isn’t overly concerned about how much of the money will actually get there – but simply posting a bit of shrapnel seems a lightweight effort for the connoisseur of Syrian affairs.

Right now, there are people engaged in the rebuilding of Aleppo, and they desperately need hands and feet. There are several billion tonnes of debris – shattered steel and pulverised stone – that needs to be shifted pronto. There’s no new technology that makes this process any faster than the old human chain bucket brigade. An exquisite knowledge of Syrian politics and associated conflict zones surely wouldn’t go astray.

Those worried about what they leave behind shouldn’t bother. You won’t be missed.