Shane Cubis gets better acquainted with CMEs – the battlers of the CEO set. 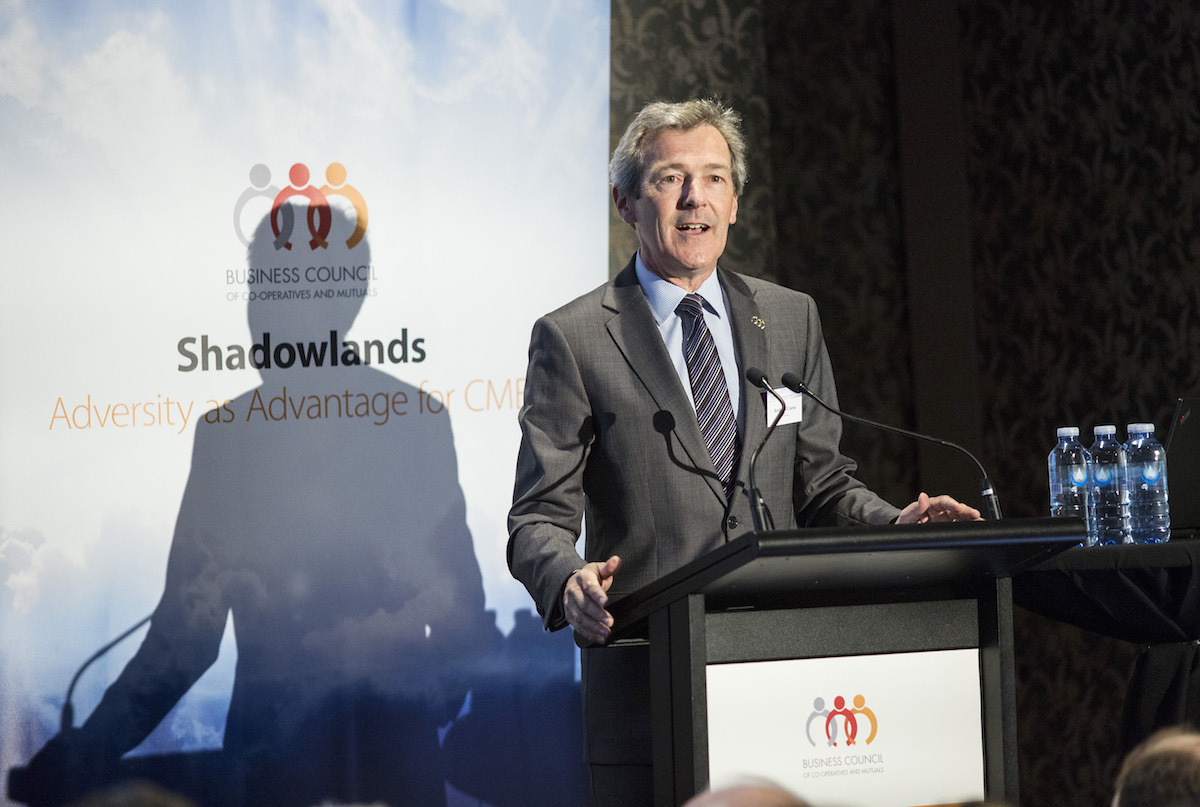 According to this year’s National Mutual Economy Report, there are more than 2000 cooperative and mutual enterprises (CMEs) in Australia, and more than eight in 10 of us are part of one (like, say, the RACQ, CUA or Richmond Football Club), but most of us don’t realise this or understand what CMEs are.

I’ll confess, I wasn’t all that clear on the finer points when I rocked up as the worst-dressed person at last weekend’s Business Council of Co-operatives and Mutuals Leaders’ Summit in Brisbane (this explanatory video, which they played a couple of times, helped me look marginally less like an interloper and more like maybe one of those casually wardrobed CEOs you see in tech – although nobody asked my opinion on blockchain and quantum computing, so maybe not).

The fourth instalment of the now-annual summit provided a fascinating look into a different way of doing business – one that might seem old-fashioned to some people, yet allows for the provision of social good as an organisational aim equal to that of making money. The three pillars of looking after members first, democratic decision making and local focus seems like a great foundation for ethical business, but obviously there are challenges.

The theme of the summit – Shadowlands: Adversity as Advantage for CMEs – gives some indication of how this sector see themselves. They’re the battlers of the CEO set, besieged by consultants, asset-strippers and digital disruption, and hamstrung by government regulation that denies them a level playing field (the bipartisan jubilation at Scott Morrison’s announcement on the government’s acceptance of the Hammond Review’s recommendations gives an indicator of the mood here). Because of the nature of their set-up, CMEs are often slower to move than other organisations, which can mean an inability to seize opportunity when it arises. From the Breakfast on the Hill at Parliament House, where I chatted to accountants over gourmet eats while state and federal MPs talked up the benefits of co-ops, to the various round-table discussions on converting members into raving fans and the opportunities inherent in digital megatrends, where I spoke to people who have retired from finance to run South East Asian charities or administer scholarships, to the plenary panel on corporate near-death experiences (operated under Chatham House Rules, but rest assured everyone in the agricultural sector thinks very highly of each other’s methods of doing business … stop laughing), there was a great deal of authentic discussion.

Authentic discussion that revealed how impossible it would be to pretend to care about fairness, diversity and one’s co-owners, and still remain a key player in this type of enterprise. It was refreshing to hear people earnestly discussing the concrete ways in which they could improve gender equality at higher management levels, or debating the potential uses of upcoming technologies to make the world a better place.

I came away feeling guilty for continuing to bank with the Big Four in the wake of recent scandals, and willing to pay more for my milk if it means a fairer go for regional communities. If I had any mates, I’d start a co-op myself.