Will Trump forecasters please shut up!

In media all over the world you’ll find journalists, economists and futures marketeers telling you what Trump’s presidency will mean for your dollar and your business. They’re phoneys. – Words by Jack Marx Not one of them, no matter how well-educated, well-dressed or well-endowed, has the slightest clue about what’s going to happen. In fact, the only honest economic prediction about Trump’s presidency — the only change we can be absolutely sure of — is that a whole lot of journalists, economists and futures marketeers will get a little bit richer by writing trash about what Trump’s presidency means for your dollar and your business. 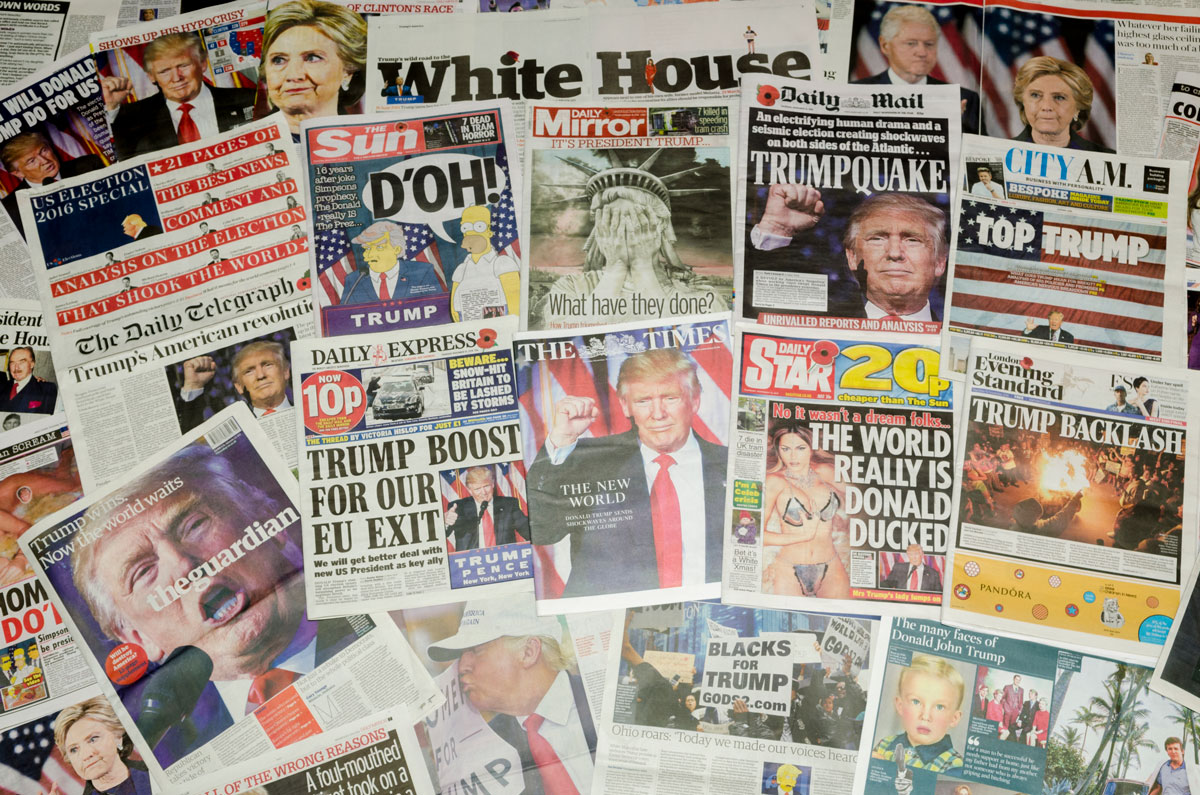 Journalists, unless they’re time travellers, are only ever passably good at telling us what has already happened (like 9/11 or the Internet, neither of which any journalist ever saw coming), while economists know very well that the vast and volatile markets of the world never react in a predictable way to a single changing of chairs, whether it’s Trump taking over from Obama or Satan taking over from Bono. As for futures analysts, exactly none of whom fulfilled their one and only job description by predicting the Global Financial Crisis, the entire profession should’ve been scrounging at soup kitchens ever since. Why listen to them?

Most damning of all, it was journalists, economists and futures peddlers who were telling us, at midnight on the eve of the Election, that Hilary Clinton was going to slide into the Whitehouse like a buttered pig on a sliprail. The few who fancied Trump are now boastfully strutting about as if they’re modern-day mystics rather than blowhards who simply got lucky on a two-horse race, but the mainstream media was basically agreed that Clinton was between an 80-to-90 percent chance of victory, and that Trump was a shot duck. They were historically wrong.

Now, the very same bozos want you to believe they know what will happen next. These chocolate-wheel psychics who whiffed a one-in-two lottery last week are trying to tell you their forecasts will be right this time and that you should take their advice. To do so would be like paying to see the clairvoyant who told you last year you’d be dead by Christmas, or having faith in a fortune cookie that read: “Believe everything you read”. Whether they’re journalists, economists, futures sharks or the gremlins who write in the fortune cookies, all forecasters suck. 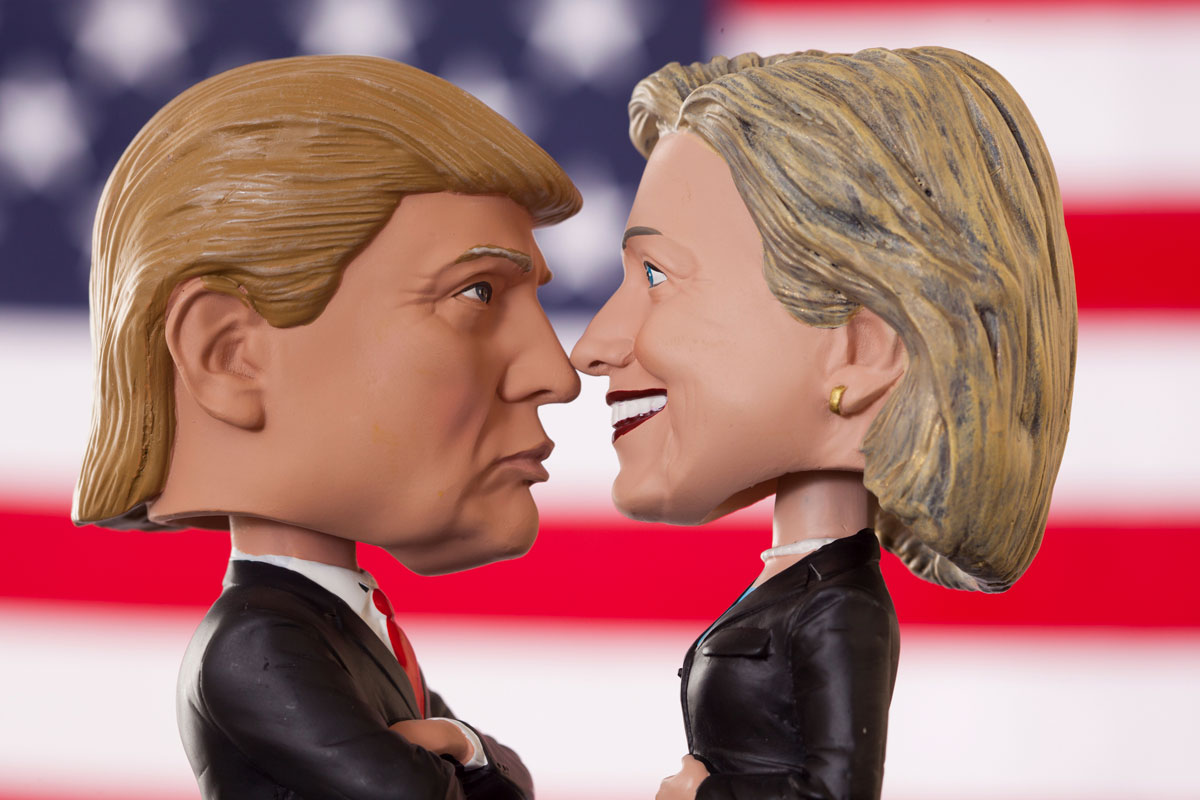 I’m not the only one who thinks so. In his wildcat book, The Black Swan , former Wall Street trader and risk analyst, Nassim Nicholas Taleb, in a chapter explaining why “all forecasters are con-artists”, dumped an Everest of goo on the talents of his peers, ending boldly with the words: “they are mere entertainers.”

Having read some of their work over the last week, I think Taleb is being generous.

But the gambling gets even more frightening when the thing the dodgy prophets are trying to predict is something they haven’t seen before. And Donald Trump, whatever else he may be, is unprecedented. We can’t scroll back to the last US President who owned a 24-carat gold motorcycle, or who might well replace the fine art in the White House with dogs playing poker, and find out what happened next. 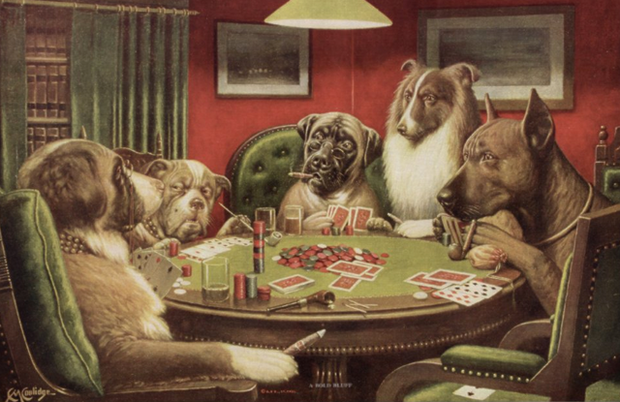 His originality aside, Donald Trump is about as predictable as a barnyard in orbit. He may do what he says, or change his mind — not even his own party or closest advisers have the drop on his next move. How can speculators possibly forecast the trajectory of your business and dollar when their own skills are dubious and the intentions of their subject unknowable? You may as well ask a Cocker Spaniel to explain the plot of Inception.

Any speculator who’s ever made a fortune, whether on the stock exchange or at the racetrack, will tell you they didn’t get their tips from the media. Anyone who’s built a successful business, likewise. To build a ship that weathers any storm is more critical than the weather forecast. And one must never look for answers in the finance, business or political columns of the newspapers.

You’d be better off searching for answers in the fashion section, where Melania Trump has some pretty nice frocks, apparently.