Why would any woman want to be a CEO?

The figures are grim when it comes to the percentage of women who are CEOs, but perhaps it’s not so much a case of women being shot down as dodging a bullet, writes Jack Marx. 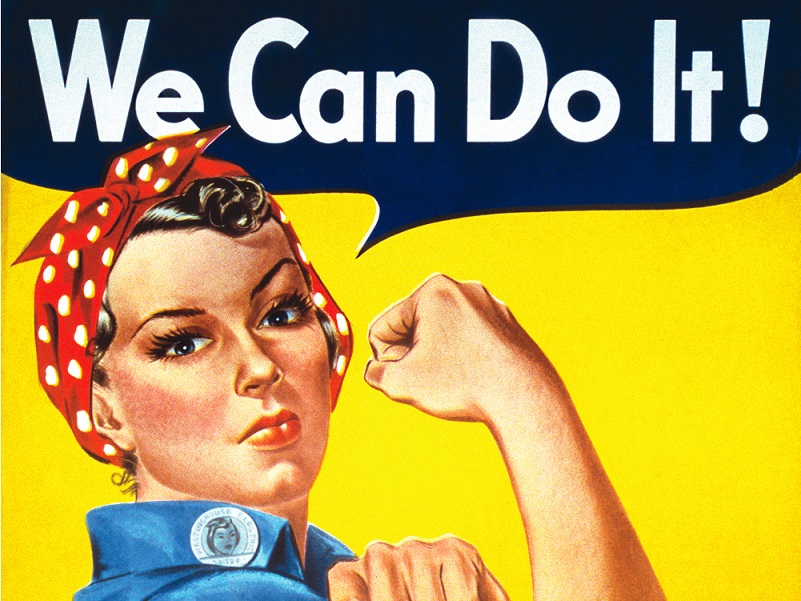 In just a few months we’ll learn the latest figures from the Fortune 500 list for 2017, and with it will come the annual groan at the pathetic number of women who are CEOs of America’s biggest companies. Last year’s list was a shocker:

But is this situation all the doing of a ruthless and misogynistic patriarchy? Claire Gruppo thinks not. Since forming high-end corporate capital firm, Gruppo, Levy & Co, she’s seen enough to lead her to the belief that women, as the sex that quite literally grows the population, just don’t have the time or attention to give to business as men do. It is, she says, all to do with biology:

While biology is not destiny it is pretty damn immutable. Women conceive, carry and give birth to children. Even in an age of effective outsourcing, and even if you outsource every other aspect of having and raising children, the reproductive job cannot be carried out by men. This does not mean that women cannot have meaningful careers and also have babies. Or have babies and meaningful careers. But it is very, very, very difficult to be 150% focused and successful at both, at the same time, between the age of 25 and 40. This is a fact.

In other words, it might be that women are simply smart enough to know there’s more to life than running things.

Out in the streets, where people live and play, being a CEO is not particularly a feather in one’s cap. Remember those auto industry CEOs who flew in private jets to ask for a taxpayer-funded bailout? That’s how the general public views a CEO. If we’re to be honest about it, the broad perception of the CEO is that he is an overpaid bully, a crapulous consumer who is charged with the task of caring for nothing and nobody quite as much as he does for The Company. He created the Global Financial Crisis, Global Warming and world poverty, they say. And when the history of Earth is catalogued, those who commanded the great gluttonous corporations will be written in an entirely different column to the givers of life and the nurturers of children.

In my career as a journalist, I have written for scores of editors who, but for a handful, were women, the best of them excellent when it came to the gentle art of diplomacy that is required by one in such a chair. This fact has always returned to my mind whenever I have heard talk of the “male-dominated publishing industry”. It might be true that there is over-abundance of useless men in positions high above the sweatshop, but women have always seemed, to me, more than well represented in positions that required people to actually do good things. Interestingly, though I’ve been fired more times than I care to remember, it has never been by a woman, the task always gleefully handled by some bloke who’s roused himself from his chair on the seven millionth floor. Women don’t seem to relish these sorts of jobs like men do. They like to create things. Men like to destroy. It makes them feel they’re winning.

My ex-wife suffered through years of frustration with my general refusal to take control, which I foolishly believed was an act of kindness, the opposite of bossing her around. My frequent expressions of acquiescence — “whatever you like” or “as you wish” — became like fingernails down the blackboard to her. Looking back, I realise her frustration was a trifle disingenuous. It was not from the burden of making decisions that she wished to be saved, but from the responsibility for them. She preferred that I be the dill responsible should everything go catastrophically wrong. Better to drive from the back of the bus than end up with a face-full of head-on collision.

And that’s what the CEO faces today — the risk of the bad buck stopping with him, of being held responsible for every screw-up by every idiot down the chain of command. It’s a situation that requires the CEO to be, at times, quite the ruthless mongrel, and in the public mind that’s what a CEO is. Sometimes, it’s what his job demands he be, and only a mongrel would wish to do it. I don’t know too many women who want to pay that price. Neither does Claire Gruppo:

Some brave, highly talented and deeply motivated female souls have cobbled together solutions that allow them to have a happy family life and a thriving career at the same time, but not without paying a price on one end or the other, or both. Men do not have to make this trade off. Ever. The result? More men than women are 150% focused on achieving leadership roles in their chosen professions. So more men get to the top. Simple.

But not so simple, I suspect, as to end the argument.