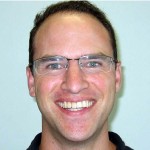 Blake is a dynamic facilitator, speaker, published author and management consultant who has been recognised as one of the next generation leaders of Australia by the Queensland Premier at parliament house. Blake works with the award-winning global management consulting organisation, Quest Worldwide, assisting executive leadership teams develop and implement balanced business strategies and plans. He has had the privilege of working with some of world’s leading organisations.

Blake is also the founder of international Pay it Forward Day, which has inspired over 5 million acts of kindness in 80 countries with over 60 state and city proclamations. His first book Bullseye: The Ultimate Guide to Achieving your Goals is published by the largest non-fiction publisher in the world, (Wiley) was named one of the ‘must read books of the year’ by the Australian Institute of Management and was selected to be part of the Times Lifestyle Series in India.

Blake has several years’ experience sitting on boards as the Vice Chairperson of the Life Changing Experiences Foundation and as the NSW president of National Speakers Association of Australia. He has managed highly successful teams and has featured on Australian radio and television, including Sunrise and the Today show.

Blake is degree-qualified in education and has a Graduate Diploma in Business Administration at UTS (with Distinction). He is based in Sydney, Australia, and believes he has the best job in the world.