10 years post-GFC: A decade older, but are we any wiser?

The GFC is now a decade past, but its effects still smother the global economy – and we have learned surprisingly little about how to stop it happening again. 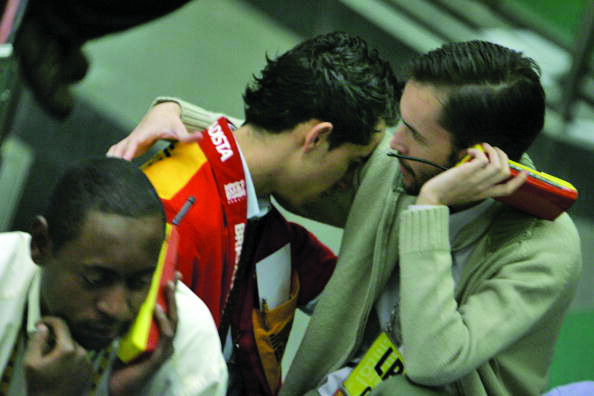 On Saturday 5 August 2007, Warren Spector, a bespectacled 49-year-old co-president and rising star at Bear Stearns, was called into the towering 383 Madison Avenue headquarters of his global investment bank. There, to his surprise, his CEO asked him to resign over the collapse of two hedge funds that had made big, bad bets on US subprime housing loans.

4 days later, on the other side of the Atlantic, from its elegantly facaded offices on Paris’s Boulevard des Italiens, BNP Paribas froze 3 of its funds that had made similar bad investments in US mortgage debt.

Suddenly, no-one could borrow from the money market on the security of mortgage loans. Within weeks, that market breakdown caused UK bank Northern Rock to run out of money, causing customers to queue into the street to withdraw their savings – an event known as a ‘bank run’. With these events, the global financial crisis had begun.

The following months would see the collapse first of Bear Stearns and then of fourth-largest US investment bank Lehman Brothers, number one global insurer AIG, and many more – a series of financial explosions bigger than anything before it in history. World economic growth would plummet from 2006’s 4.3% to 2009’s minus-1.7%.

And after a brief rebound in 2010, a curious economic malaise would spread across most developed economies. Economies that had grown at 3% a year suddenly struggled to grow at two; some barely grew at all. Continental Europe and Japan were worst hit; countries like the US, Australia and New Zealand did not fare much better. A decade after the start of the crisis, growth remains sluggish. The economic eruption of 2007 seems to have smothered the globe.

We’ve learned lessons from this outbreak of financial disaster. And yet while we understand roughly what went wrong and have made some changes to how we try to manage the economy, surprisingly few new ideas have appeared and surprisingly little has been deeply altered.

A decade after this economic and financial disruption, we don’t really know how to stop the next one.

As the former Federal Reserve economist and mortgage lending analyst Arnold Kling points out, there are plenty of critics of how the crisis was allowed to develop. Many decry the desperation of homebuyers, the recklessness and greed of bankers, and the judgement errors of regulators. Yet these complaints seem somehow unsatisfactory: homebuyers have always been desperate for homes, bankers have always been greedy, regulators always imperfect. What changed?

In fact, most economists broadly agree about what happened to create the crisis. As Kling describes this consensus view, low interest rates and innovations in home lending let lenders unleash such a torrent of money that homebuyers were able to bid up house prices to foolish heights. But the greater an economy’s lending, the greater the damage when something goes wrong. When home prices collapsed, households cut their spending, debt repayment slowed, and financial institutions dependent on those repayments in turn stopped lending.

This is a variant of that Northern Rock bank run, but mostly with lenders refusing to lend rather than depositors taking back their money. Ben Bernanke, the US Federal Reserve chairman who led the global response to the crisis, called it “a descendant of the classic financial panics of the nineteenth and early twentieth centuries”. When it happened, Bernanke and his successor Janet Yellen, along with other policymakers around the world, stepped in to make money available and stop a bad situation from turning worse, following the classic post-Depression recipe of Milton Friedman and Anna Schwart.

Come another crisis, it’s likely their replacements will try to do the same thing again because, for all the damage of 2007–09, there’s as yet no better plan. Many national banking authorities wield strengthened ‘resolution powers’ – the ability to step in, push aside management and shareholders, and take over a bank that gets into trouble.

Banks must also carry a larger buffer of capital than they did before, and more liquid assets. When economies stay down too long, central banks now carry out a manoeuvre called ‘quantitative easing’, but few experts even claim to know how much difference any of that will make when the past repeats itself. In effect, economists and central bankers are now resigned to often acting like seismologists, issuing warnings but not actually preventing the next eruption, let alone figuring out how to repair the landscape afterwards.

Yale finance expert Professor Gary Gorton saw the crisis close-up, as an adviser to giant insurer AIG, and he has been a key player in the debate about how it happened. Gorton notes that crises have never been a core part of modern economics. While the economist who set out the crisis dynamic in the 60s, Hyman Minsky, was a fringe figure until 2008, he said little about how to address crises that can be usefully taken up today. To Minsky, crises were an inevitable part of a market system.

As it turns out, not only Minsky but mainstream economics in general lacks a way to cut a crisis short. “Crises were never really studied,” says Gorton. “This was the biggest intellectual failure in economics.”

Even more surprisingly, economists are nonplussed by the slowdown that has followed the GFC. Most advanced economies have been in the doldrums since 2008, Chinese growth has been gently slowing, and overall world growth reached just 2.3% in 2016. It last topped 4% in 2010.

The years of slow growth after the crisis are now taken as a vindication of the work of Carmen Reinhart and Kenneth Rogoff. Just as the problems were becoming evident, the pair published research suggesting that when a financial crisis triggers an economic downturn, the recovery is typically much slower than usual – and often accompanied by an explosion in government debt. This is just what has happened since 2007.

Why no growth ideas?

Yet just as Minsky provided no fix for the crisis itself, Reinhart and Rogoff say little about restoring growth to post-crisis economies. Instead, they simply describe the infertile landscape. Gary Gorton notes that “modern macroeconomics was born during and following the Great Depression,” with the prescriptions of John Maynard Keynes. Another prominent current-day economist, the Nobel Prize-winning Paul Krugman, contrasts the past decade with the 70s, when the world economy slowed down just as inflation sped up.

This “stagflation” had a “huge impact on economic thinking,” Krugman noted in a speech last September – and yet the GFC and the slowdown that followed have changed very little. “To a remarkable extent, economists and economic policymakers are still saying the same things in 2016 that they were saying in 2007. For some reason, there doesn’t seem to be a clear consensus about what, if any, lessons we should draw from years of terrible economic performance.” The one big idea: quantitative easing

The economic authorities’ effort to restart global economic growth has produced the one real innovation of the crisis: ‘quantitative easing’ by central banks, which was invented because the main banks in the US, Europe and Japan simply could not take interest rates below zero. To keep flooding the markets with money that could be used for lending, they began buying up government bonds. The balance sheets of the major central banks, historically quite small, have now ballooned.

Economist and former government adviser Nicholas Gruen, CEO of Lateral Economics, is one of many who worries that governments have now committed so many resources to economic stimulus since the crisis that they will have few resources left to devote to the next crisis. And a decade after the start of the last crisis, that new surprise might not be far away.

Australia’s post-crisis performance has been better than some. The country famously avoided a recession in 2009 and growth briefly topped 4% in 2012, supported by Chinese demand for steel and coal.

In the global crisis meetings, the head of the Reserve Bank of Australia and his Chinese counterpart could stand off to one side and count themselves lucky. In recent years, 2% to 3% growth has been the Australian norm. The country did not experience a major financial collapse, nor did the Reserve Bank need to engage in quantitative easing.

Yet the lack of clear learnings is as evident in Australia as it is elsewhere. In March 2017, Michelle Bullock – the RBA official in charge of maintaining a stable financial system – declared that “the way we look at financial stability has not changed.” The GFC “reinforced the need to focus on system-wide issues,” she said, and the Reserve was “still learning how best to do this.”

Gorton remains confident that big, new ideas on dealing with the crisis are being developed, but he warns they will take some time. The idea most often pointed out – a melding of macroeconomic modelling, finance and game theory – comes from a 91-year-old Yale economist named Martin Shubik, and is still in its early days of being explored and stress-tested.

So for the next crisis, we may simply have to content ourselves with what the financial and economic authorities have already decided to do. Gruen, meanwhile, worries about economists’ new role as seismologists. It’s nobody’s job to influence when volcanoes discharge, he says – but it’s the role of the economic and financial authorities to try to prevent another economic eruption.