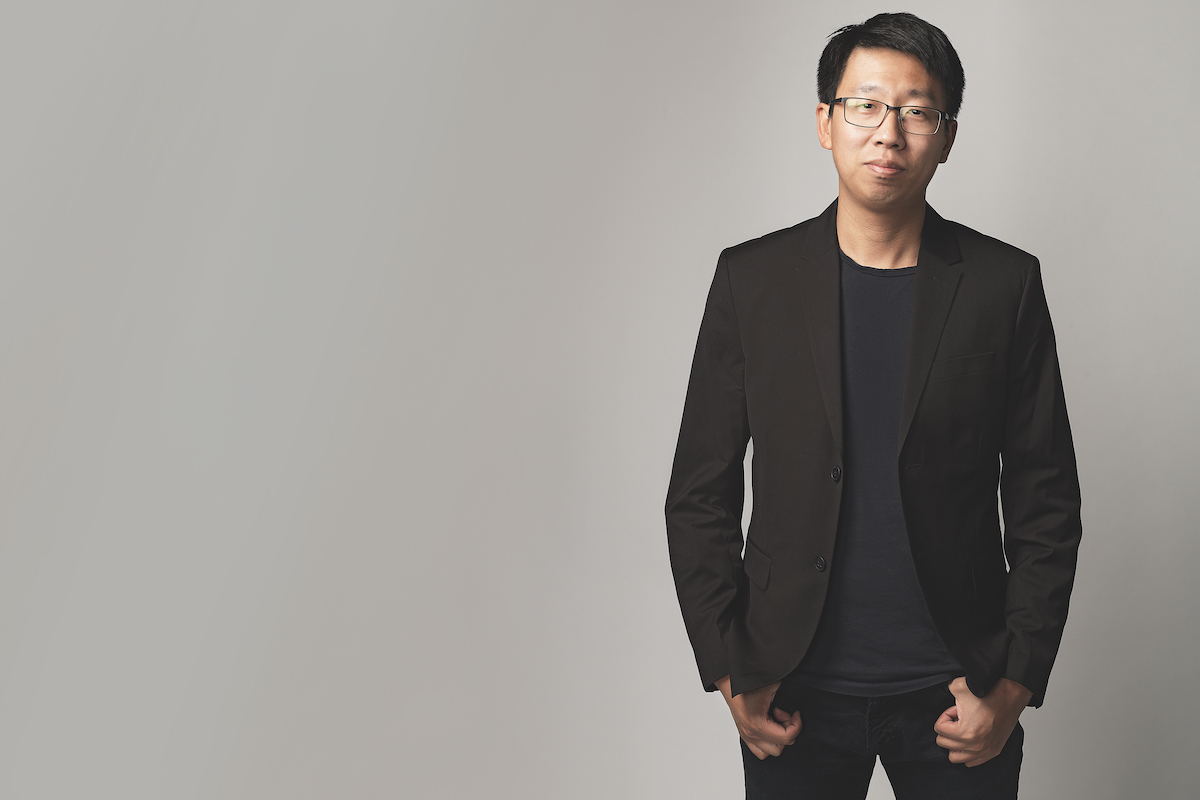 When Jack Zhang moved from China to Melbourne, Australia when he was 15 years old, he knew that he could keep in touch with family and friends back home using modern technology. There was, however, one thing that technology couldn’t help with. “Melbourne is a food haven, but nothing beats the authenticity of China’s street food,” he fondly recalls.

Despite this culinary downside, Zhang came to call Melbourne home. In 2015, he and his friend Max Li decided to open a cafe, Tukk & Co, in the famed coffee capital of the world. But they hit a significant roadblock when they tried to buy cheap coffee cups and labels from China. Traditional payment methods through banks and companies like Western Union included exorbitant foreign exchange fees that proved a barrier for the business to grow.

Zhang, at the time a foreign exchange solution designer for NAB and ANZ banks, knew there had to be a better way. So, he and Li teamed up with Xijing Dai and Lucy Liu and the foursome went about finding it. The result was Airwallex.

“What’s happened in the past 10 years in business is the move from offline to online, and as long as you are online you are naturally a global business,” says Zhang. “We want to help businesses of all sizes, especially SMEs, scale globally.”

The four co-founders set out to make international payments borderless, and they offer products to solve anything to do with how people move money. “Initially we made our global account free to customers to create brand identity and provide transparency, but we could have charged for that given the need that was out there. Now we have a bunch of premium services on top of the free account,” explains Zhang, who is the CEO.

Despite becoming a dominant player in the global financial sector, Airwallex still sees itself as a technology-driven company, and not a typical bank or brokering service. “I don’t think we are a disruptor,” says Zhang. “We partner with more than 50 banks; we don’t compete with them. We just add the technology on top of the current banking system to make it easier for businesses to grow.” 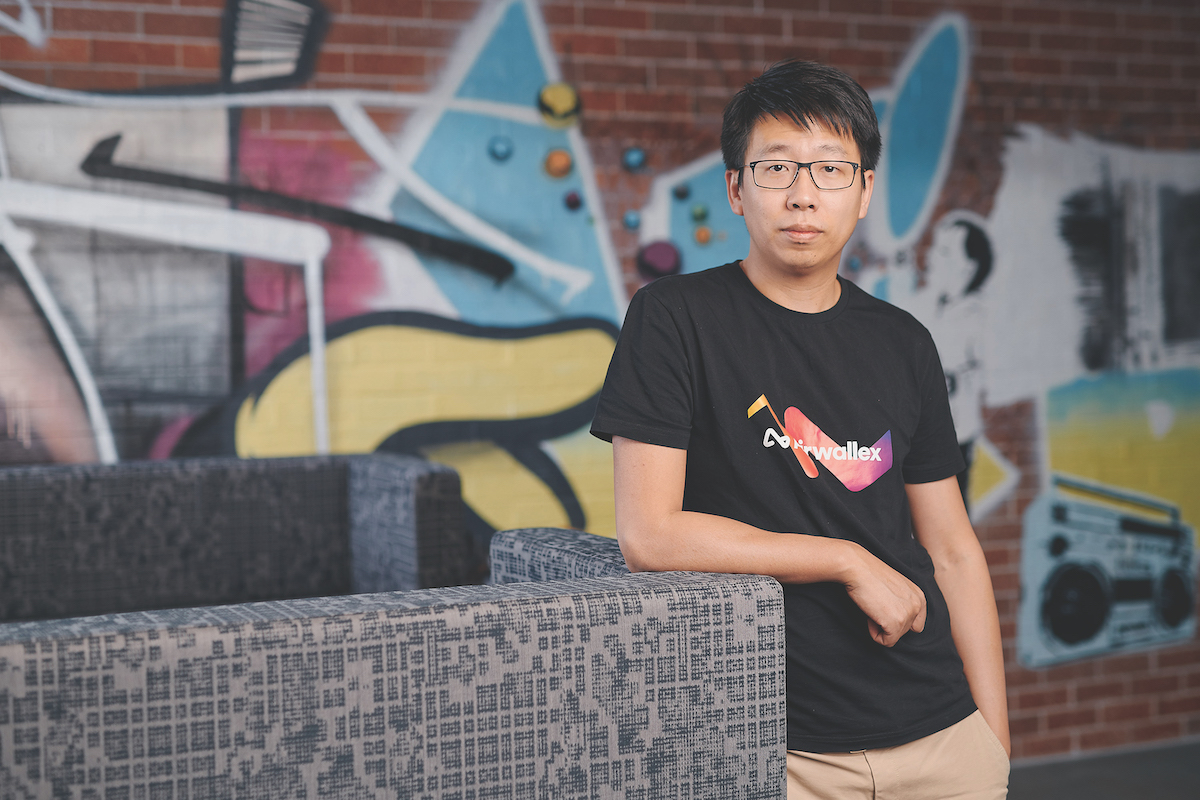 Working with companies like Mastercard and Ctrip, Airwallex removes hidden fees and inflated exchange rates from the market and provides customers with access to mid-market rates. For payments, the company’s standard pricing is only 30% of what banks are charging for the traditional SWIFT network.

“We have competitors in the individual product categories, but no-one else supplies the full end-to-end solution we do that allows customers to integrate the technology into their API. We want to build a new global finance infrastructure,” Zhang says of the company’s grand vision.

From Asia to the world

In 2018, the executive team made a strategic decision to move the business’s headquarters from Melbourne to Hong Kong. The following year, the company closed a US$100 million Series C round that valued it at more than US$1 billion, securing its unicorn status.

Airwallex now has 10 offices worldwide, including seven in Asia, and more than 420 employees. “I am not fond of the term ‘HQ’, as we do not place the same emphasis on it as other companies do,” explains Zhang. “As a truly global company, our management team is not situated in a single office. For example, our head of engineering is based in Melbourne, and our head of financial partnerships is in Singapore.

“But, as a global fintech leader, the opportunity for us in Asia is huge,” he says of the decision to relocate to Hong Kong. “Asia has the world’s largest ecommerce and supply chain markets. In 2019, in China alone, retail ecommerce spending was estimated to be US$1.9 trillion, more than three times the US market.

“Asia operates very differently to the rest of the world, and our international clients benefit greatly from our deep Asia expertise. We are able to accelerate connections with China and South-East Asia and facilitate payments in and
out of most of the Asian corridor.”

“Asia operates very differently to the rest of the world, and our international clients benefit greatly from our deep Asia expertise.”

In June 2019, Airwallex won three categories at Fintech Australia’s Finnies awards, including Biggest Raise of the Year, and Outstanding FinTech Leader of the Year for Zhang.

“Being a unicorn company means recruitment is easier, but it is still our number one challenge. We try to find the right people willing to put obsessive intensity into the job and who are super self-driven. They have to want to deliver large impact,” says Zhang.

When asked to provide advice to other CEOs wanting to achieve his level of success, Zhang repeatedly comes back to the ‘people conundrum’. “Ditch the traditional recruitment methods if you want to find the right people,” he says.

“Focus less on qualifications and experience, and more on how hungry and passionate the candidate is for the role.
Take note of how a candidate responds to feedback and how adaptable they are to change. These are the people that will grow with you and ride the waves of ever-changing business needs that come with high-growth companies.”

Having started as small business owners themselves, the Airwallex team has a special focus on helping the little guys make a big impact globally. The company has an internal team, nicknamed ‘Alpha’, that helps SMEs and other businesses to grow overseas and is investing in companies that align with its global vision to scale the digital economy.

“We plan to have a very programmatic, digital infrastructure that will power some of the most important internet companies in the world. We want to help our customers be in all markets around the globe,” says Zhang.

Having most recently opened offices in Tokyo and Bangalore, the capital raised last year will support global expansion into the US, Europe and South-East Asia. This unicorn is galloping towards the future at full pelt and it looks like there will be no slowing down anytime soon.

“All of the skills I used in my previous roles, I need now – optimism, being flexible about risk, turning risk into opportunity, being transparent and honest, and always thinking about growth,” Zhang says. “Growth is the only priority right now.”