In a time of increasing social disparity, Australia’s business leaders and top chefs came together to serve people who face food insecurity at OzHarvest’s biggest fundraising event of the year. 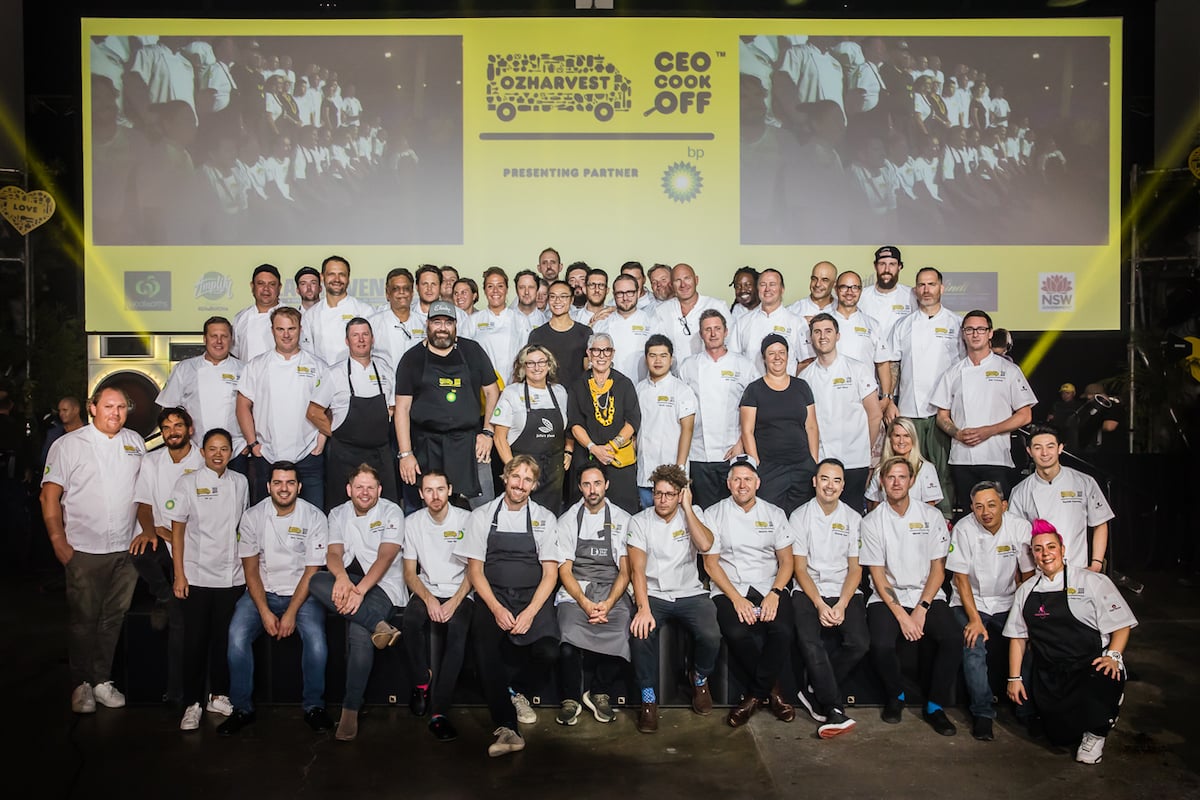 OzHarvest’s CEO CookOff, or what co-host of The Morning Show and MC of the night Larry Emdur described as “Australia’s greatest pop-up restaurant”, was the amalgamation of hundreds of top professionals in their fields coming together for a higher purpose.

For its 8th year, the Founder and CEO of the leading food rescue organisation, Ronni Kahn, set the fundraising bar high.

While close to reaching the goal of A$3 million but not quite there, Kahn was a force to be reckoned with, imploring companies throughout the night to go the extra mile and give “more and more and more”.

“I set a goal tonight, and I’m not such a great loser,” Kahn said on stage to Emdur. 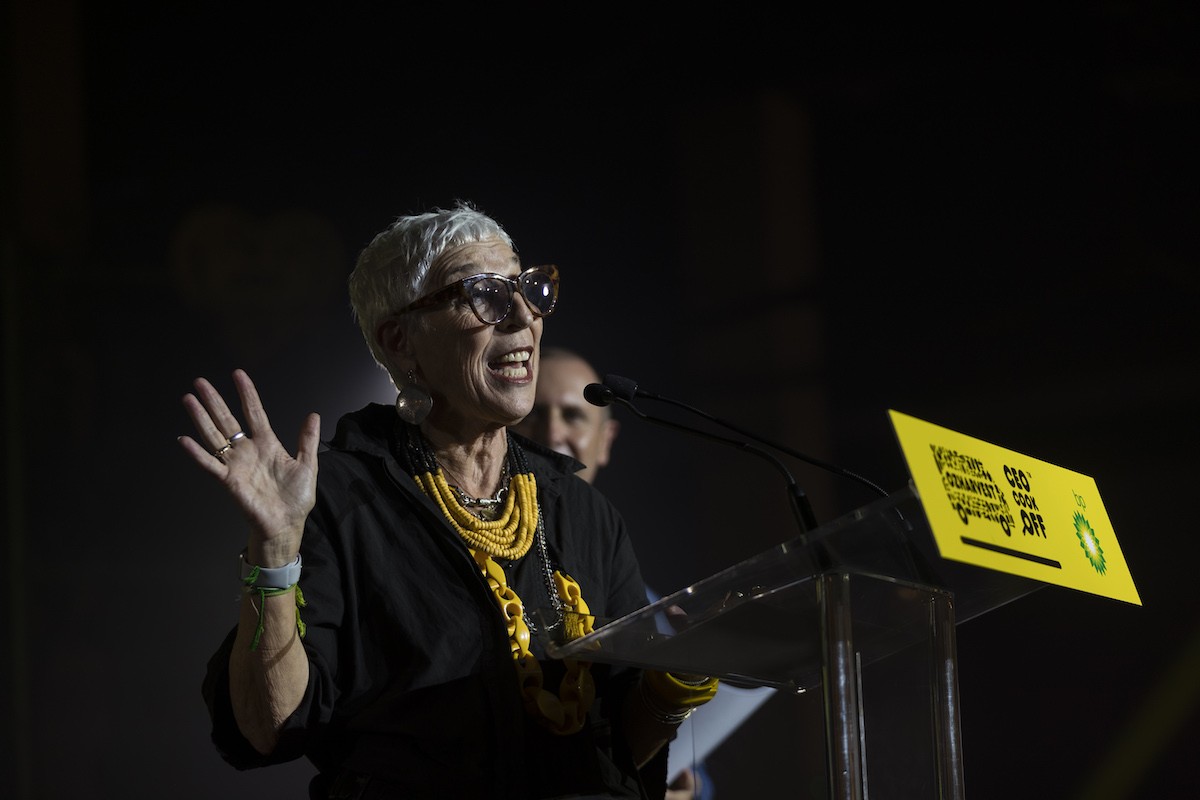 “I chose a big goal because I think it’s better to choose a big goal and not achieve it than to aim too low. That has always been one of my abiding principles. We can deliver millions of meals. We can change the face of food waste in Australia.”

“We can change the face of food waste in Australia.”– Ronni Kahn, Founder and CEO, OzHarvest

“We will fly, way up high,” sang the night’s performer, Aussie legend Daryl Braithwaite, and as the chefs and their teams cooked and donations rolled in, spirits were indeed soaring – no doubt for the excitement around the generous contributions, gourmet food and photos with celebrity chef Manu Feildel, but more so for the 1,500 vulnerable guests’ shared community experience. 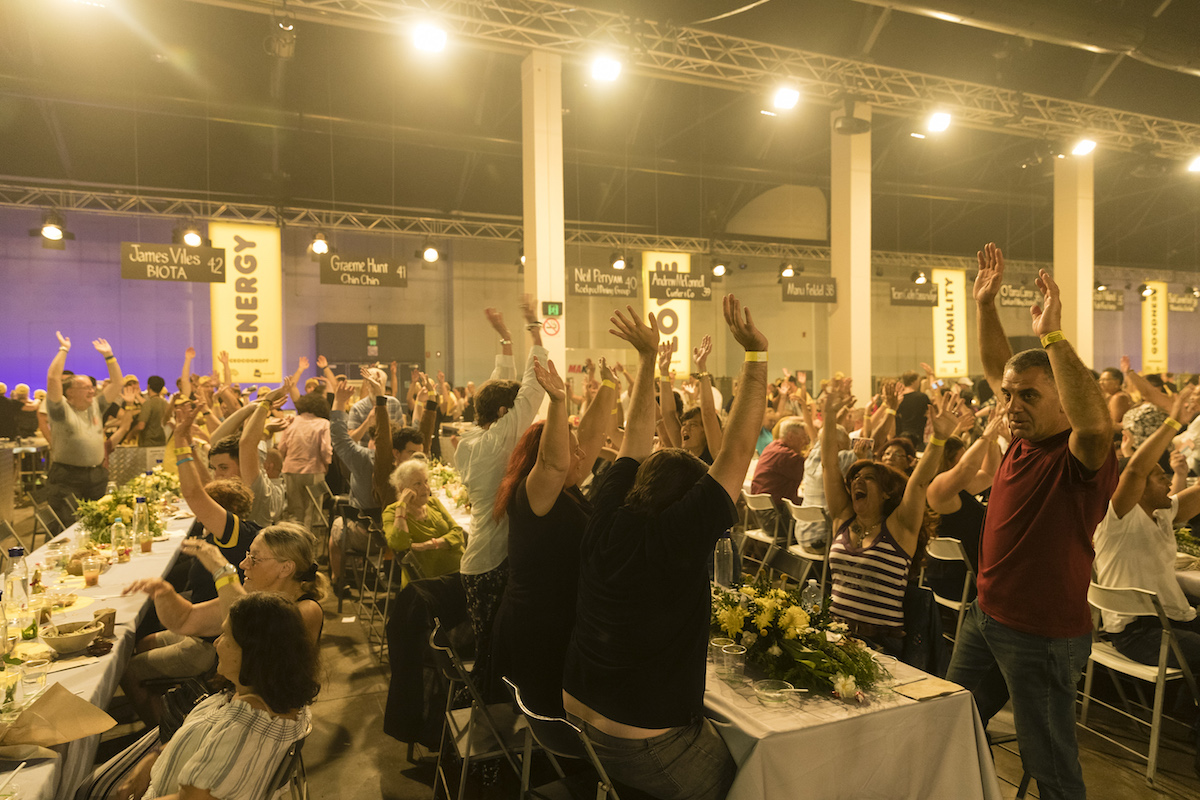 One couple said it was their first night out together in 14 years. “See, this is why we do this,” Kahn declared to them. “We do this for people like you.”

In the end, the night was a great success. Australia’s top chefs from an array of restaurants, such as ARIA’s Matt Moran, Aubergine’s award-winning chef Ben Willis and Jamie Irving of “casual neighbourhood” restaurant and bar Dead Ringer, along with leaders from companies such as PwC and Woolworths, helped OzHarvest raise a record A$2,669,785 (and counting) to deliver more than five million meals to people in need.

Technology-driven trading firm IMC Trading raised the most funds, totalling a whopping A$213,286. IMC Trading has partnered with OzHarvest for the past six years, with staff participating in Cooking for a Cause four times each year. 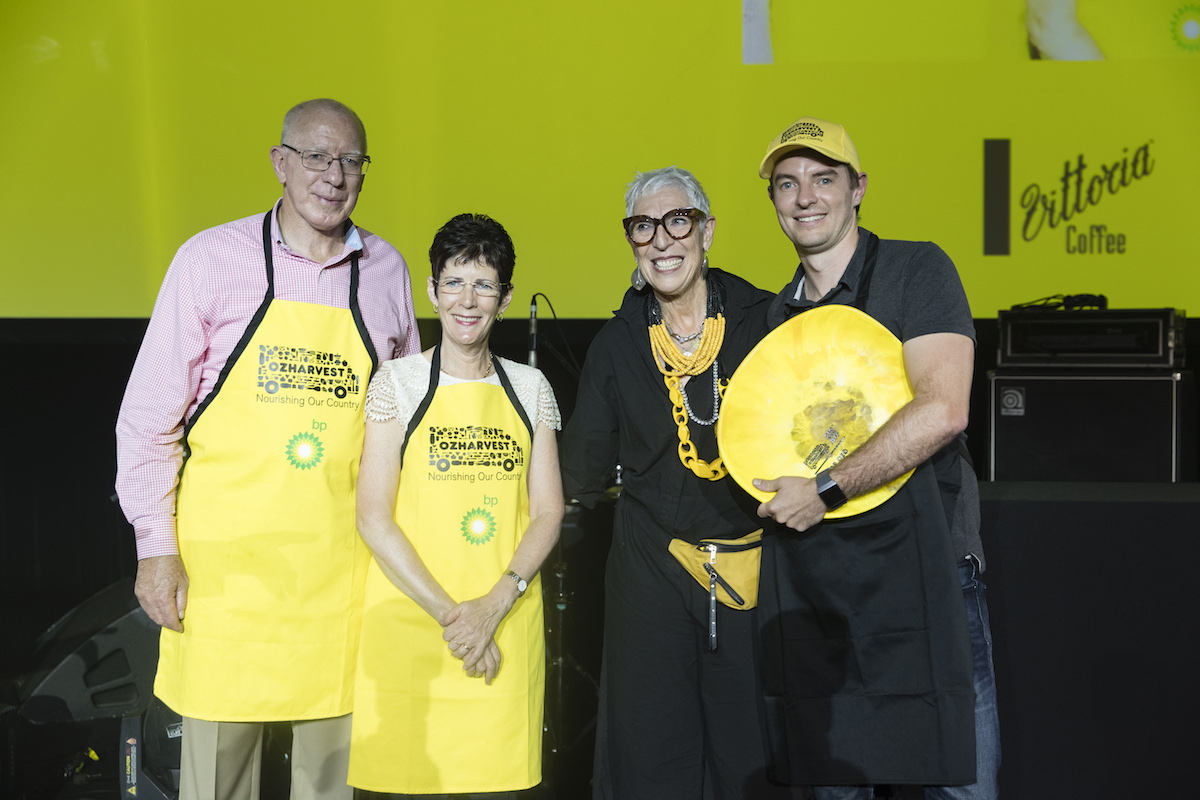 Last night, the management team led by example, flying in from their Amsterdam and Chicago offices to team up with Chef Monty Koludrovic of Icebergs.

“What a great event!” said Managing Director of APAC Peter Gavaghan. “It was the first time IMC Trading has participated, and we loved every minute of it. The fundraising was a global team effort. Our management team flew to Sydney (arriving on the morning of the event) from our Chicago and Amsterdam offices to participate in this event. Our eyes were truly opened to the number of people needing food relief, and we are so happy to have contributed enough for 426,000 meals across Australia.”

The competition between donors was close, and not far behind was first-timer and superstar software company Atlassian, raising a total of A$210,616. Co-founder and CEO Mike Cannon-Brookes, who cooked with Automata’s Clayton Wells, described the event as a way to give back as a team and called for more tech companies to be involved in the coming years. 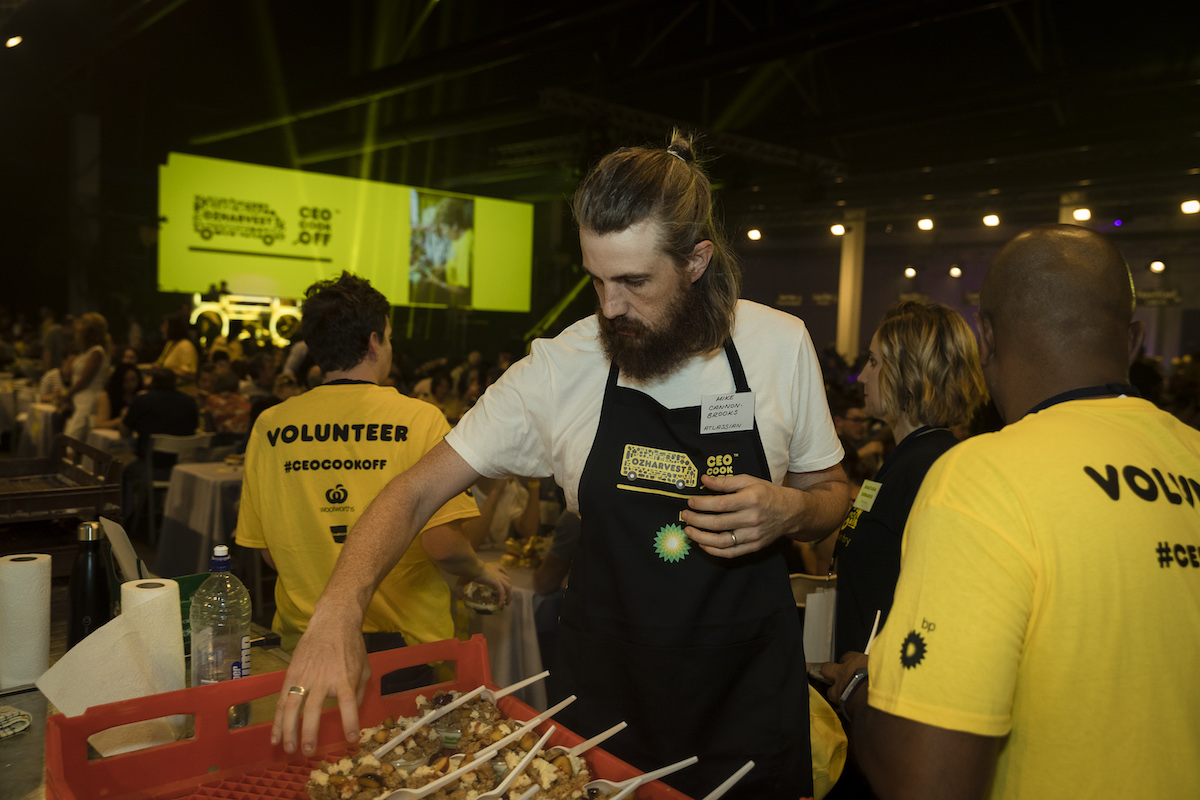 “The Atlassian Foundation is all about supporting the communities we exist in. This is a cause that’s about sustainability and feeding the homeless at the same time, so it’s important to us.”

“I think we’ll definitely be back next year. It’s a brilliant event, everyone’s spirits are up, and everyone has a great meal. It’s amazing that all these chefs donate their time to this. More tech companies that are making a positive impact should be here. We’re determined to bring others to participate next time.” 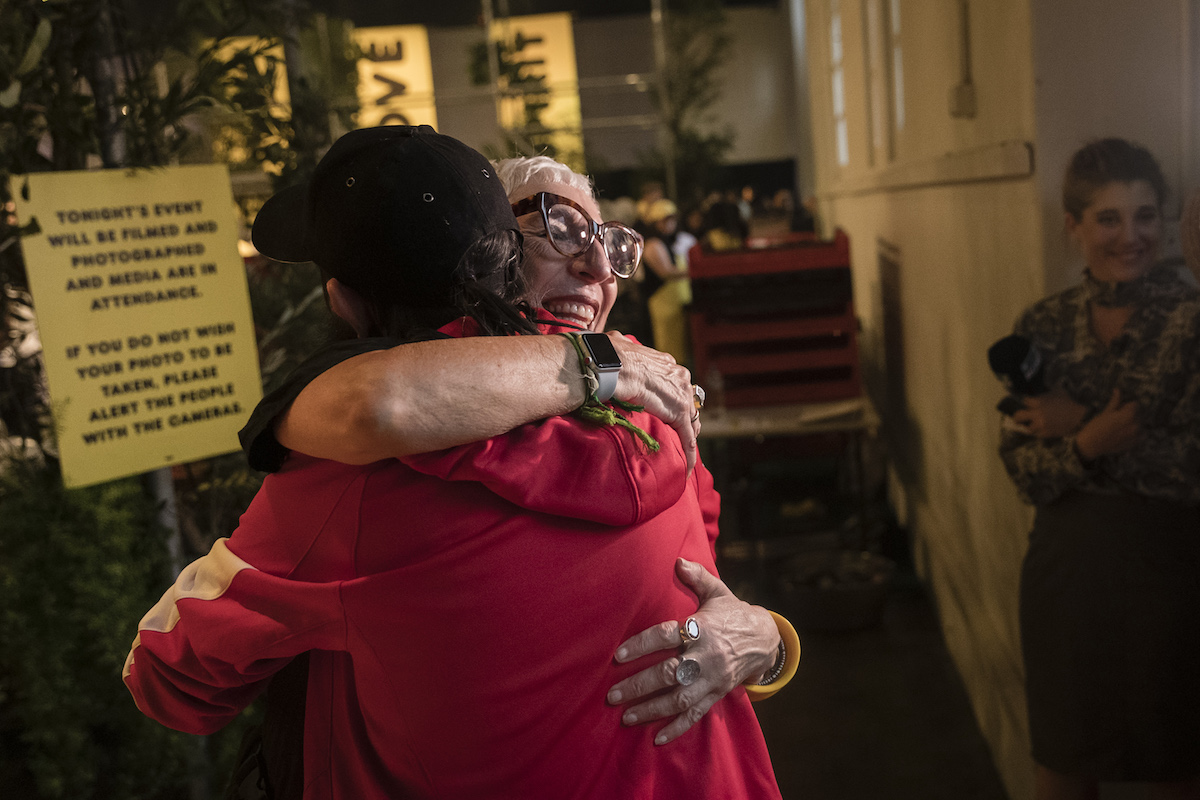 Kahn was overwhelmed by the generosity of supporters. “I can hardly believe it!” she said. “The atmosphere was electric.”

“This event is so much more than just a charity fundraiser, seeing so many smiles on the faces of people who often go unnoticed in everyday society is a highlight for me. It also gives business leaders the opportunity to shine with purpose as they give back in a personal and real way and means that OzHarvest can now deliver over five million meals to help people in need.”