Ho Chi Minh: Is it set to become the next Seoul?

Taken over by an invading communist army four decades ago, the former Saigon might yet become another Taipei or Seoul. 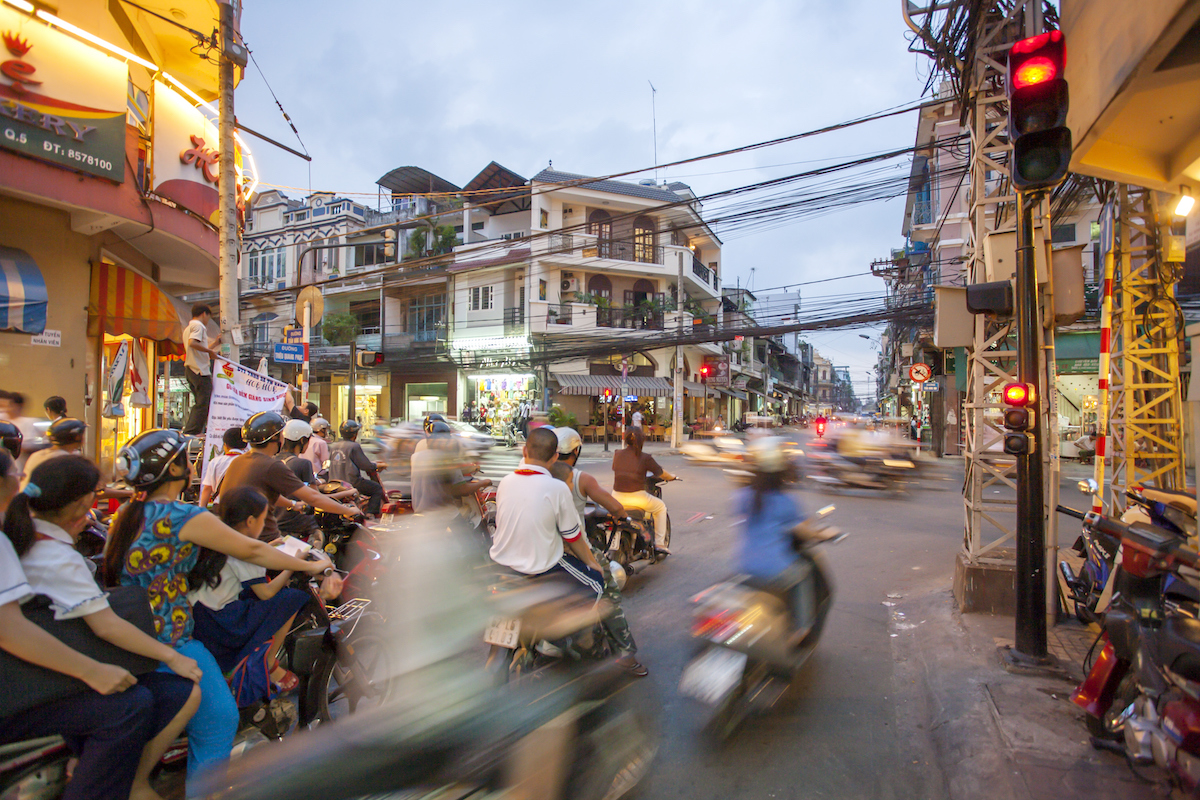 The capital of South Vietnam fell to the communist-run North Vietnam in 1975 and was renamed from Saigon to Ho Chi Minh City (sometimes just ‘HCMC’). The communist takeover prompted an exodus that created a Vietnamese diaspora in Australia, the US, Canada and elsewhere. But residents still use the old name and the city itself has become a magnet; it’s now Vietnam’s largest, with more than eight million people.

The capital of Vietnamese capitalism

The city’s entrepreneurial spirit survived more than a decade of hard-line communism before the arrival of a ‘socialist market economy’ in the late 80s – a development known as doi moi. Recent years have brought a long boom. Vietnam, a quarter-century ago one of the world’s poorest nations, is now a middle-income country growing at more than 6% a year.

HCMC is growing at almost 8%, and its per capita GDP, now approaching US$6,000, is more than twice the Vietnamese norm. However, it’s still less than one-eighth of the US or Australia. Manufacturing, retail, construction and tourism, the big drivers of Vietnam’s recent growth, are at their strongest in HCMC. As in so many energy-rich nations, high oil prices have kept the boom going too.

Still nominally communist, Vietnam is nevertheless attracting a flood of foreign capital, and HCMC is attracting the biggest share. Samsung, which has poured a reported $US17 billion into Vietnam for smartphones and other technology hardware, has been building a new display screens facility in HCMC.
Locals’ smartphone use is driving other changes. HCMC-based Tiki.vn is the country’s most popular consumer ecommerce site and has attracted inevitable comparisons with Amazon and Tencent.

City on the rise

In the ‘City Momentum Index’ published in early 2017 by services firm JLL, HCMC ranked second, ahead of Silicon Valley and behind only Bangalore in India. The rankings are JLL’s attempt to quantify the speed of change in a city’s economy and commercial real estate market, based on factors such as economic growth, population, innovation capacity, access to education and environmental quality.
HCMC scored highly because costs are low, foreign capital continues to flood into the country, and consumer markets are expanding quickly.

Out with the old

The mixed-use Vincom Landmark 81, now under construction, is expected to be the world’s 11th tallest building when completed in 2018. Amid all this activity, the old Saigon is fading; the French-style Saigon Opera House is increasingly surround by modern architecture.

Vietnam’s education system is a remarkable outlier; on the international PISA test, its students outscore those of the US and UK in mathematics and science, and rank 12th in the world overall. Those numbers may reflect a high-drop-out rate among less accomplished students, but respect for teaching is a long-held Vietnamese value, and HCMC is a city focused on education.

HCMC is now building first-world facilities on what was only recently a third-world infrastructure, with regulatory standards and governance to match. The city is congested, air pollution can be choking and water pollution may be worse still; the city ranked 122nd out of 140 cities in the Economist Intelligence Unit’s 2016 global ranking of city living conditions.

A metro rail system is still being built. Meanwhile, HCMC’s streets are filled with enormous waves of motorcycles. Rising car use means the congestion will only worsen.

One more thing… Crossing those motorcycle-filled Vietnamese streets is done like nowhere else in the world. You walk slowly but confidently into the traffic, and it flows miraculously around you. You hope.