How CEOs view the future

A heady sense of optimism surrounds predictions for future economic growth among CEOs worldwide – even if it’s not clear exactly why. 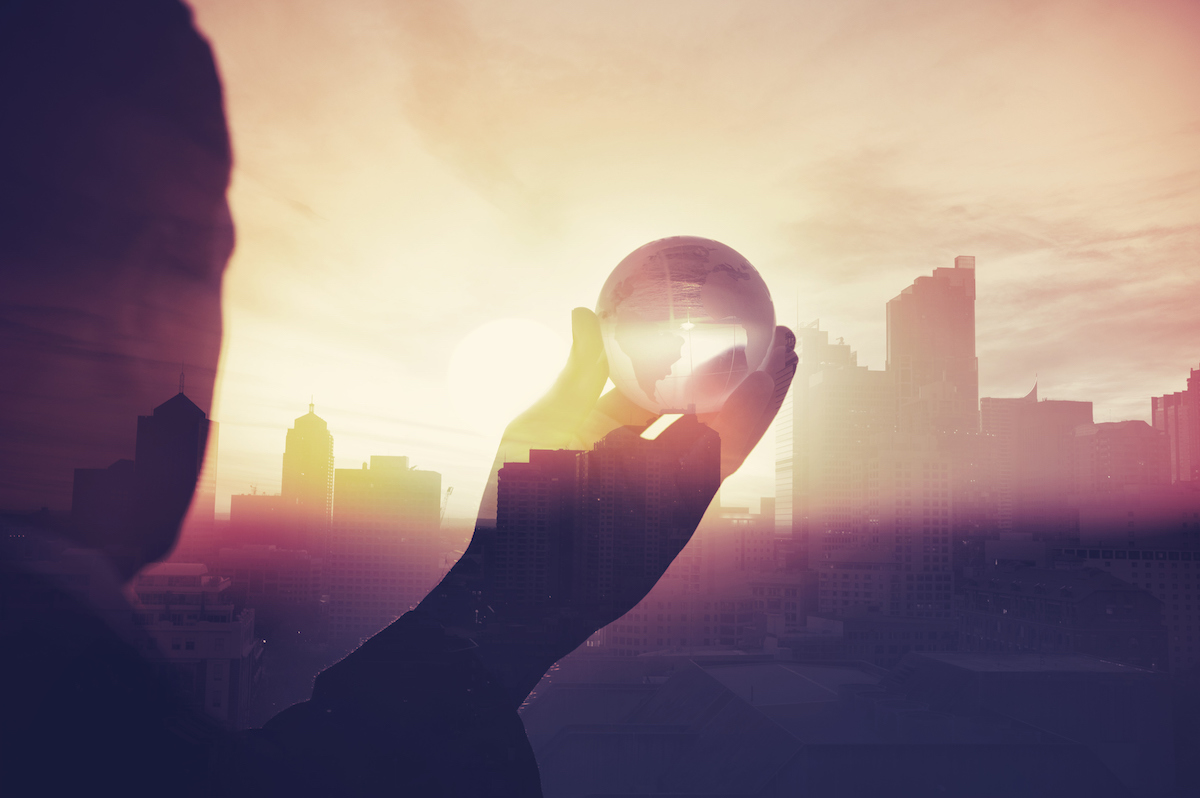 Twenty years on from the first PricewaterhouseCoopers (PwC) CEO survey, business leaders appear relatively buoyant about their future, especially at home but also on the international stage. The 2017 PwC 20th CEO Survey captures a feeling of confidence and optimism in the C-suite. Almost half of the 1,379 CEOs questioned are ‘somewhat confident’ about their company’s prospects for revenue growth over the next 12 months, while 38% are ‘very confident’.

In a world shaped by economic and geopolitical uncertainties, the CEOs still believe the future is bright, or at least not dull, with over half – 51% – very positive about the longer-term prospects for growth. Brian Conroy, President of Fidelity International UK, a global investment and retirement savings business, says, “I couldn’t be more optimistic about the future of the asset management industry. I think it’s going through a rapid change and there will be competitive threats and pressures, but where there is disruption there is opportunity. I think that those who are successful through this period are the ones who have embraced the challenges and looked to the future as opposed to looking at the past.”

If the international market exudes positivity, this is nothing compared to the confidence being expressed in Australia, as Luke Sayers, PwC Australia CEO, explains: “Only a couple of years ago, CEOs were waiting for bold reform. Today, they are getting on with it, reshaping their businesses for the future while also keeping pressure on government for bold longer-term thinking. The bottom line is: we need to reform to ensure Australian businesses continue to be globally competitive. It’s absolutely fantastic to see CEOs positively investing in the transformation and growth of their businesses rather than waiting.”

This positive future prediction comes despite an ageing population estimated to potentially slow, if not stifle, economic growth by reducing the workforce and lowering savings rates. And while a shortage of skilled labour has been raised as an ‘extreme concern’ among 31% of CEOs surveyed, even this does not appear to block the path to potential growth forecasts.

Around a third of the CEOs, 29% of respondents, have similar concerns about the speed of technological change, and they are looking to innovation as the major element needed to capitalise on new opportunities, with 23% identifying this as the key element to strengthen and drive growth. Human capital and digital and technology capabilities are next in line, both being identified by 15% of respondents.

Anthony Healy, CEO of Bank of New Zealand, says, “In terms of talent and jobs, some roles that people have today will cease to exist and some will change a lot. So for people inside our company – and I suppose it’s the same across the economy – this will mean moving to different skilled jobs. Some will be higher skilled, some will be similar skilled.

“But it means the roles our people occupy will be more of a value-add to our customers because they won’t be doing the repeatable tasks, the automated tasks; they will be having a conversation with you about providing advice on wealth, or advice on how to run your business, how to grow your business, what markets to enter, or asking, ‘How can we optimise what we can do with you today and help you do things better?’”

Failure to act on these issues could lead to a further decline of trust in business.

Technological advancement comes with its own challenges, not the least of which is consideration of potential cybersecurity threats. The 2017 survey acknowledges that while the range of technologies continues to expand, CEOs will have to consider changes
to security policies to accommodate virtual staff and robots – the operating technology – as well as how to align IT practices and policies with robotic requirements. Failure to act on these issues could lead to a further decline of trust in business.

CEOs must seize the day

When it comes to how growth can be achieved, innovation is just part of the picture. The majority of CEOs surveyed – 79% – believe a road to success can be achieved through ‘organic growth’, while 62% think it may require cost reduction, and 48% point to a joint venture or strategic alliance as a way to drive corporate growth or profitability.

But the message that CEOs must seize the day is coming across loud and clear. Remaining stagnant and expecting continuing success is not an option, and companies are urged to follow a creative route, grabbing digital and technological opportunities and advances with both hands to remain competitive and adapt to the ever-changing environment.

Amanda Banfield is Mondelez International’s Area Vice-President of the Australia, New Zealand and Japan markets, stewarding iconic brands including Cadbury, Oreo, The Natural Confectionery Company, Vegemite, and Philadelphia Cream Cheese. “Fundamentally, if you are in fast-moving consumer goods, you’ve got to be where your market is. So one of the opportunities and challenges for us is to evolve our route to market to make sure that wherever our consumers are out and about, they can reach our product and find it,” she explains.

Adaptation encompasses many areas and also includes adapting available skills to key roles. Australian CEOs all rate ‘human skills’ – those that can’t be automated or carried out by robots – as important and difficult to recruit. However, they are far less likely than their global peers to worry that skills shortages could harm their company’s growth. 5 years ago, 58% of global CEOs were concerned about the availability of key skills; these concerns have grown upwards to 77% of global CEOs now being concerned.

Somewhat inexplicably, the opposite has happened in Australia, where 5 years ago 77% of CEOs were concerned about key skills, this dropping to just 58% concerned today. But this is not necessarily a true reflection of the situation, with Australia having no natural advantage over other developed countries when it comes to the availability of human skills.

Confidence in future growth is nowhere higher than in Australia where 43% of CEOs believe their company will experience revenue growth over the next 12 months, compared to 38% globally. 93% feel organic means will drive corporate growth or profitability and just under half – 48% – plan to increase staff.

Trust in business is at an all-time low with
it being a concern for 63% of Australian CEOs who believe technology plays a major factor in this.

Customer experience is the new battleground with the winners being those who provide both empathy and a seamless technological solution. 79% of CEOS are concerned with changing customer behaviours.

73% of CEOs are rethinking their HR function. The top skills they believe important
for their business are: leadership 91%; collaboration 88%; problem solving 86% and adaptability 80%.

Australian CEOs embrace robotics, automation and artificial intelligence while failing
to accept or prepare for the risks involved or to prioritise security. 80% of CEOs are concerned about cyberthreats. Technological advances threaten stakeholder trust and cybersecurity remains an issue.

Developing Asia-specific strategies, and making those strategies work, is identified as key to successful growth. 57% of CEOs rate the US and China as the most important countries for their organisation’s overall growth over the next 12 months.

At a time when the world seems ever smaller, research shows global trade is slowing and CEOs have had to change tack to focus less on emerging markets and instead look to the US, one of the few countries identified as continuing to prosper at this time.

Apart from their home country, CEOs surveyed said the most important country for their organisation’s growth in the next 12 months was the US – 43%– followed by China – 33% – and Germany was top 3 for 17% of respondents. The UK has soared in popularity, despite the vote to leave the European Union.

Over-regulation was seen as one of the biggest threats to growth prospects with 42% of CEOs expressing extreme concern over this issue. Uncertain economic growth, geopolitical uncertainty and exchange rate volatility, were the next highest issues of extreme concern among around a third of respondents.

Globally, the C-suite remains undaunted in the face of the obstacles and challenges that lie ahead and primed to take on the complex changes in international trade, technological advances, and the process of capitalising on workforce skills in an increasingly automated world.

Gillian Currie has more than 20 years of experience in print, digital and broadcast media. When she’s not juggling her writing and editing roles with managing four kids, she’s often found at yoga.