As the crypto-mania continues to pick up steam, we ask — ‘Is there any point investing now, and if so, what should we be investing in?’ 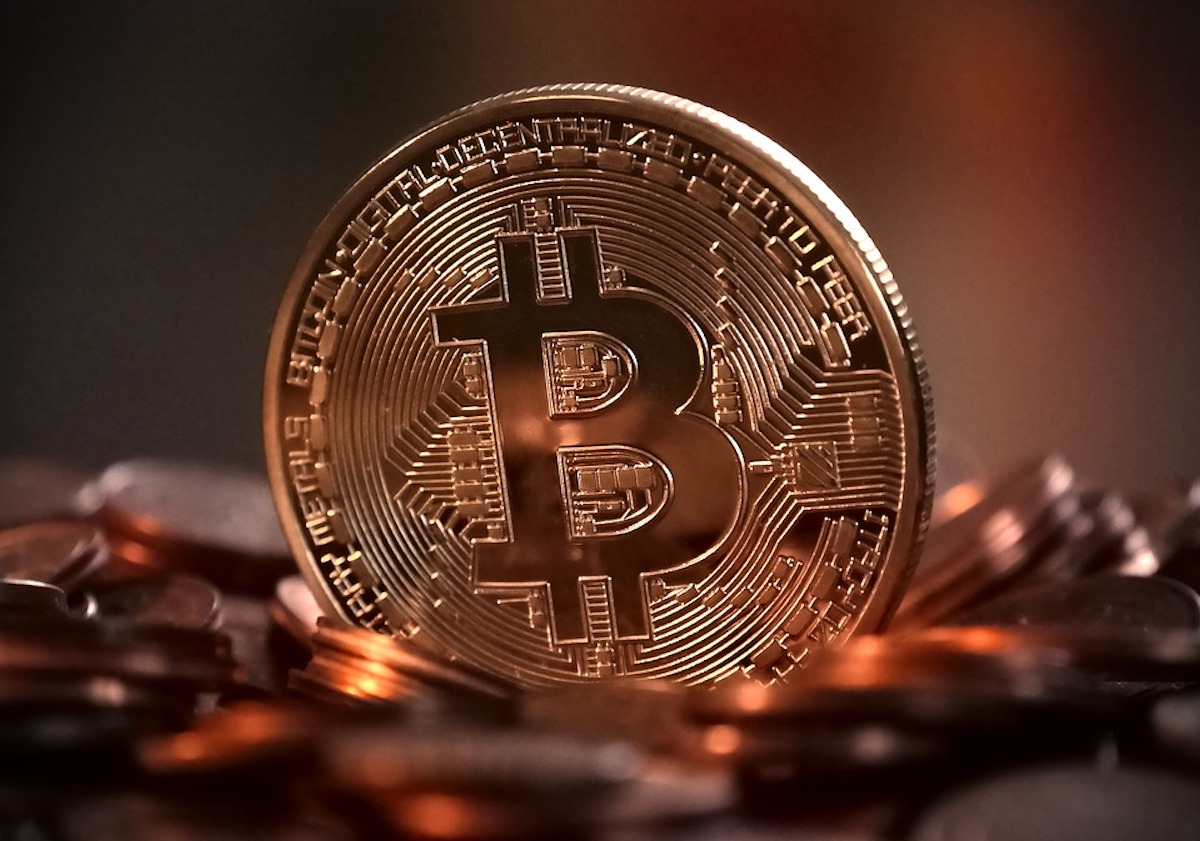 Is cryptocurrency a legitimate long-term investment option or a bubble just waiting to burst?

Short answer: Depends on who you ask.

If you purchased a Bitcoin (the most famous cryptocurrency) in July 2011 for $US1, you could sell it to another investor today for approximately $16,000. Anyone fortunate enough to be in that position, would no doubt be gushing about its money-spinning qualities.

So too would the Winklevoss twins, who invested $11 million in Bitcoin in 2013. They reportedly jumped on when the digital coins were valued at $120 each, and in early December this year, the price per unit had surged to $11,000 making them the world's first Bitcoin billionaires.

Of course, the volatility of cryptocurrencies (of which there are now countless variations) has been clear for everyone to see. As recently as yesterday, Bitcoin's price tumbled by almost $3,000 after it was revealed that the world's largest cryptocurrency exchange Coinbase would allow customers to trade Bitcoin Cash — an offshoot of Bitcoin that allows faster and cheaper transactions.

And while the likes of Bitcoin, Bitcoin Cash, Ripple, Ethereum and LiteCoin continue to excite investors, there are many experts warning that it's only a matter of time until it all comes crashing down.

Goldman Sachs chief executive Lloyd Blankfein described it as "a vehicle to perpetrate fraud", and Nobel Prize-winning economist Professor Joseph Stiglitz said it was nothing but "smoke and mirrors", and the government could shut it down "at any moment".

"It ought to be outlawed, it doesn't serve any socially useful function," he added.

Fellow Nobel Prize-winner and one of the world's foremost authorities on speculative manias, Robert Shiller, was asked by Quartz, "What are the best examples now of irrational exuberance or speculative bubbles?" He replied with, "The best example right now is bitcoin."

Sir Howard Davies, chairman of the Bank of Scotland and former head of the UK's top financial watchdog, went a step further, comparing it to Dante's Inferno.

"Put up the sign from Dante’s Inferno – ‘Abandon hope all ye who enter here’ – I think that’s probably what’s needed,” he told Bloomberg TV, adding that the cryptocurrency appeared to be a "frothy investment bubble".

Even the ‘Wolf of Wall Street', Jordan Belfort, told CNN last week that it was a "gigantic scam".

"I think it’s a huge danger right now that people are looking at this as the next great thing, it’s a bubble for sure," he said.

"The next stage, you will see it really skyrocket, there will be a short squeeze, it will go even higher and then eventually it will come caving in, it’s almost a guarantee."

He said investors were being sucked in by the fundraising tactics of initial coin offerings. Comparing it to his own stock manipulation and fraud in the 1990s (as portrayed on the big screen by Leonardo DiCaprio), he said ICOs "are far worse than anything I was ever doing".

"Right now, Bitcoin is not a transaction system’s bootlace; it’s notably worse than the systems it is supposed to replace. And Bitcoin’s price means it’s a poor store of value too," he wrote on Monday.

"It's up more than 1700% since the start of the year. Anything that can rise that fast can fall that fast too.

Anything that can rise that fast can fall that fast too.

"My guess – not to be relied upon for investment purposes, I beg you – is that at this point in the bubble, Bitcoin will keep going up for a few months. And then at some point in the future, the bubble will pop."

On the flip side of the coin, while it was once the preferred currency for black-market transactions on sites like Silk Road, it has gained a sliver of legitimacy with more than 100,000 merchants now accepting Bitcoin, including PayPal, WordPress and the US travel giant Expedia. A host of major charities even began accepting Bitcoin donations in 2012.

Bitcoin futures trading — where investors can buy or sell at a specific price in the future — has exploded recently too.

The largest futures exchange in the world, CME Group (CME), launched Bitcoin futures trading on Sunday evening, taking the lead of Cboe Global Markets (CBOE), which made the move a week earlier.

No hesitation from millenials

Cryptocurrency has caught the imagination of millenials, according to new research in the UK.

A poll carried out by the London Block Exchange (LBX) found that one in three Brits under the age of 35 will have invested in a cryptocurrency by the end of next year.

At present 5% have already invested, 11% have decided they will invest, and a further 17% are seriously considering it.

"This study underlines the gulf between the younger generation’s view of money and that of their parents and grandparents, who had assets perform so well for them in pensions or property," said LBX Founder and CEO Benjamin Dives.

"Millennials clearly feel left behind by the old system and are looking at cryptocurrencies as a new dawn."

The legend of Papa John's Pizza

There is no shortage of incredible Bitcoin-based stories.

Take Welshman James Howells, who is currently imploring his local council to allow him to dig up a landfill site to find a hard drive containing the ownership codes of 7,500 Bitcoins that he accidentally threw out (now worth approximately $120 million).

Or Mark Frauenfelder, the former Wired editor and co-owner of Boing Boing, who had to employ a hacker to teach him how to break into the ‘impenetrable' security device guarding his Bitcoin stash because he forgot his passcode.

But nothing trumps that of Florida programmer Laszlo Hanyecz.

Through ‘mining', Mr Hanyecz had accrued a vast portfolio of Bitcoin by 2010.

The currency was almost worthless at that time though, so he decided to sell 10,000 units of Bitcoin to a UK-based user in exchange for two Papa John's pizzas valued at $25. Those 10,000 units would now be worth in excess of $160 million.

It is all the more incredible because it is considered to be the first ever ‘real world' bitcoin transaction.

His post on a Bitcoin forum read: "I'll pay 10,000 bitcoins for a couple of pizzas.. like maybe 2 large ones so I have some left over for the next day. I like having left over pizza to nibble on later.

"You can make the pizza yourself and bring it to my house or order it for me from a delivery place, but what I'm aiming for is getting food delivered in exchange for bitcoins where I don't have to order or prepare it myself, kind of like ordering a ‘breakfast platter' at a hotel or something, they just bring you something to eat and you're happy!

"I like things like onions, peppers, sausage, mushrooms, tomatoes, pepperoni, etc.. just standard stuff no weird fish topping or anything like that. I also like regular cheese pizzas which may be cheaper to prepare or otherwise acquire.

If you're interested please let me know and we can work out a deal. Thanks, Laszlo."

"It wasn’t like Bitcoins had any value back then, so the idea of trading them for a pizza was incredibly cool," Mr Hanyecz told The New York Times three years later. "No one knew it was going to get so big."

May 22 is now celebrated annually by cryptocurrency enthusiasts as ‘Bitcoin Pizza Day', because it paved the way for Bitcoin transactions becoming mainstream.

What to invest in now

It seems to be more of a case of what not to invest in. And if Emil Oldenburg is right, that is Bitcoin.

The Bitcoin.com co-founder has reportedly transferred his entire Bitcoin portfolio over to rival Bitcoin Cash because of its high transaction fees and slow confirmation time.

"An investment in Bitcoin right now I would say is the most risky investment one can make," he told Swedish tech site Breakit. "It is extremely high-risk. I’ve actually sold all of my Bitcoins recently and switched to Bitcoin Cash.

"There's only a limited amount of transactions per second you can make in the Bitcoin network, which in part depends on the ‘block size’ of the memory that store the transactions on the Blockchain. This bottleneck makes for a highly risky and illiquid cryptocurrency… the old Bitcoin network is as good as unusable."

The old Bitcoin network is as good as unusable.

"Litecoin is finally benefiting from the broader interest in cryptocurrencies and I see no reason, despite still being very early stages, why the price cannot eventually match or even surpass Bitcoin’s price over time," he said.

"The recent price surge has been the result of heavy trading volumes on one of the most popular exchanges, GDAX, and the uptake of new users on Coinbase. It has an advantage over Bitcoin because transactions happen more quickly, allowing buying and selling at increased speed.

"As cryptocurrencies are becoming increasingly accepted by mainstream investors, institutional investors and hedge funds, I think investors will be looking to diversify their portfolios away from Bitcoin into alt-coins like Litecoin."