Why you need a brain date

The Braindate app takes the technology behind successful online dating apps and applies it to professional networking, with users reporting some magical results. When futurist Chris Riddell began a networking session with a small group of people at the agritech ‘evokeAG’ conference in Melbourne, Australia last February, he was struck by how easily the conversation flowed.

“There was no awkwardness at all. There was no need to awkwardly introduce ourselves or explain what we all did. We already knew. It was like dating, but without the dating,” he tells The CEO Magazine.

While most of us acknowledge the value of networking, we often experience a sense of dread when entering a room full of strangers. This is at least partly because traditional networking is such a hit and miss process, says Christine Renaud, who is the CEO and founder of e180, the company that created the Braindate app.

“Professionals are told that if they want to be successful and grow their business, they have to network,” she says from her HQ in Montreal, Canada.

“There’s an idea that if you go out and meet people you will collect them, and then eventually they can be useful to you. But you cannot really collect humans. You have to develop meaningful relationships, and that takes time and intention. It doesn’t just magically happen when you throw hundreds of people together in a room.” 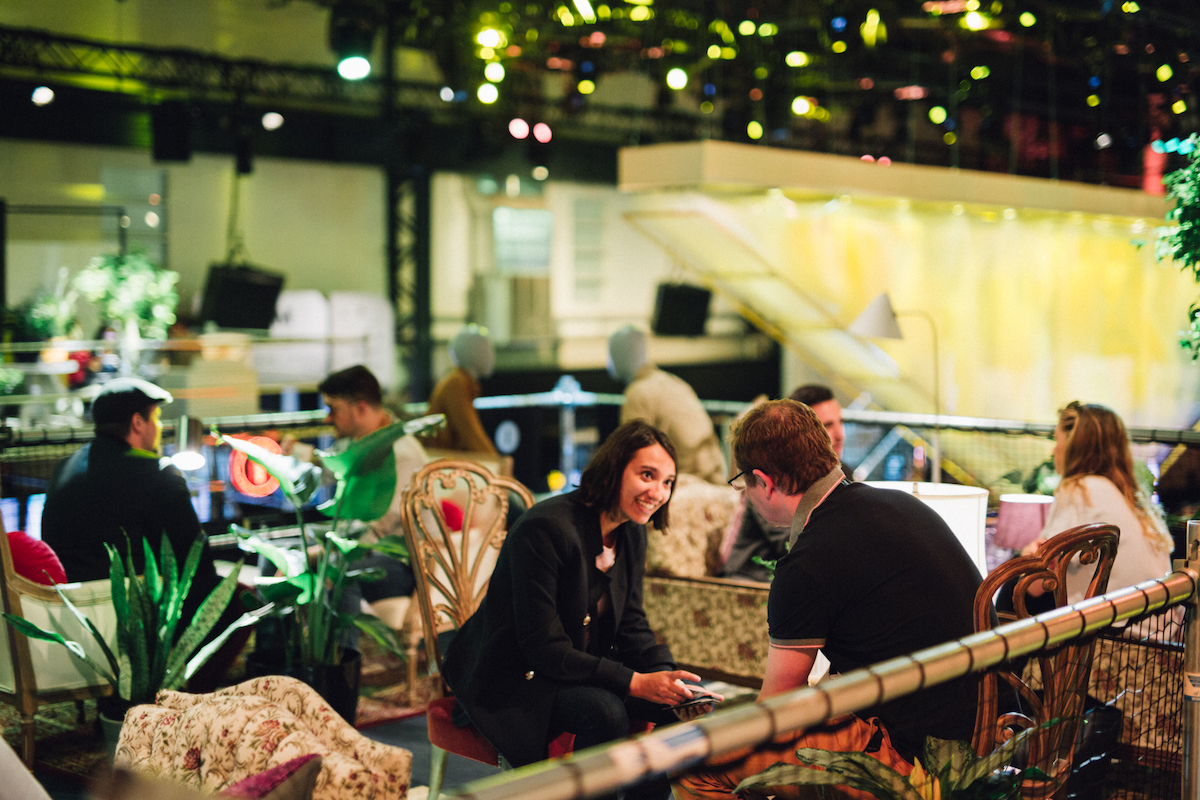 Renaud’s solution to the problems of traditional networking is an app that helps like-minded people connect on the sidelines of conferences. Braindate was launched at the C2 Montreal conference in 2013 and since then it has been downloaded 400,000 times and used at more than 140 events worldwide.

According to tech writer Greg Oates, while other tech companies have attempted to develop platforms to create a better networking experience, Braindate is by far the most effective.

In Australia, the first brain dates were held in February at the agritech conference evokeAG. There were 105 one-on-one dates and 27 group dates.

Brain dates were held at the Digital Innovation Festival in Melbourne in August and there’ll be more at CEBIT in Sydney in October.

CEBIT Australia’s event director, Daniel Mortimer, told The CEO Magazine that he chose to include Braindate after researching the motivations of conference delegates.

“We looked into why people still attend events in the digital age, when a lot of this information is available online. The main reason is the value of face-to-face meetings. However, it’s always a bit of a point of pain when delegates feel they didn’t meet the type of people they wanted to, or didn’t know the best way to approach them. Braindate alleviates those issues.” A match made in heaven

Braindate places emphasis on not only professional but also personal compatibility, with participants answering questions about their skills, interests and hobbies. The app’s algorithms then suggest people with similar interests.

Mortimer says it makes sense to apply the logic of online dating apps to a professional networking setting.

“I think that in many ways, networking is a form of dating. Essentially, you’re looking to find someone who is relevant to your interests and will benefit either you or your company.”

But like dating, networking is time-consuming and there is always a risk that you won’t meet the right person.

Riddell agrees that taking a matchmaking approach to networking produces far better results than leaving it up to fate.

“Business isn’t just about skills. It’s about personalities. That doesn’t mean that you just want to meet people with the same personality as you, because you want people who will challenge you. Braindate cuts through the noise.”

Another reason the app has proven popular is because the networking sessions are focused on a specific topic, rather than having an open-ended discussion.

“We prompt people to define what they can share with others. Participants can post two or three of these topics; an example could be ‘how to introduce peer learning to your enterprise’,” explains Renaud. 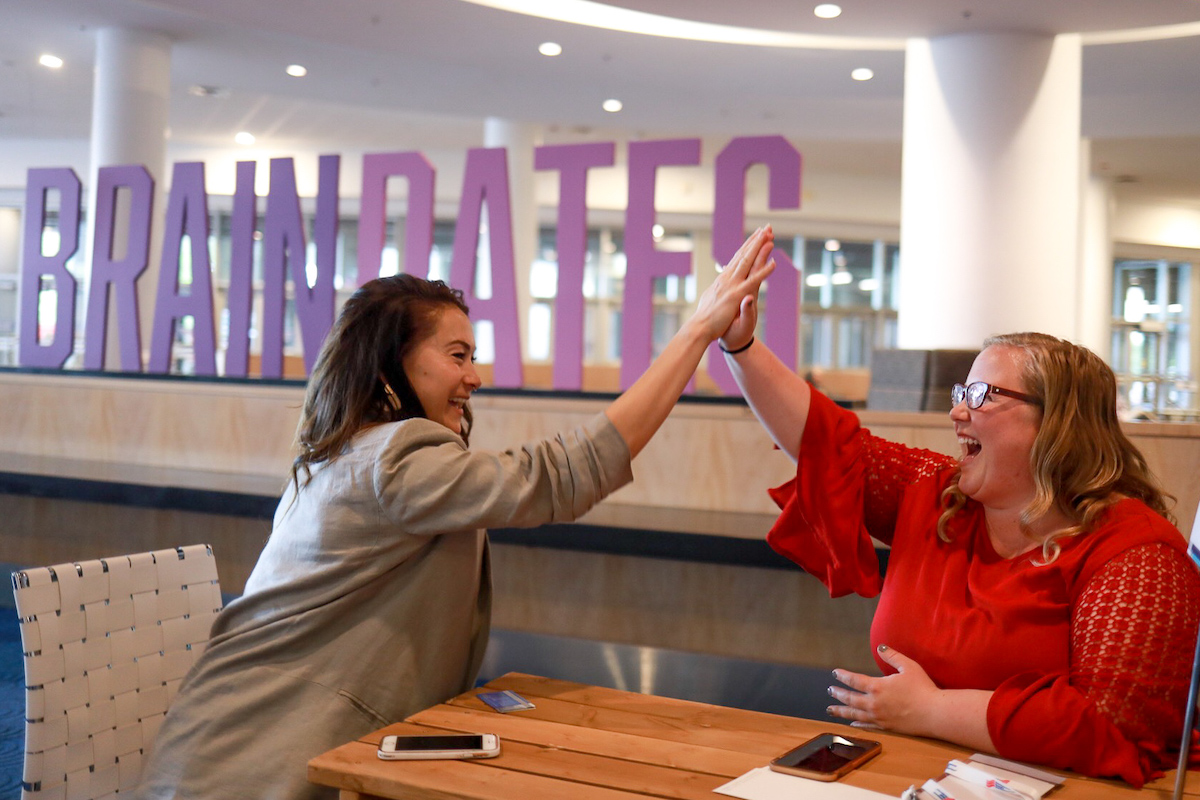 Delegates can request a 30-minute one-on-one brain date to discuss the topic, which both parties must agree to. Another option is a 45-minute group brain date involving up to four people.

“The barrier of not knowing each other disappears because you’re interested in the same topic,” says the director of EMG Events Agency, Peter Jack, who organised the first brain dates in Australia at evokeAG.

“You walk into the conversation with shared knowledge and a desire to find the solution to a problem. It removes the strain of blindly working a room and hoping to speak to someone who might be able to help you.”

“With Braindate, CEOs can be very selective about who they meet,” says Mortimer.

“They can make sure that the people they speak to can help them with a specific project or issue. It’s a way of maximising your time.”

It can also provide an opportunity to undertake peer learning, says Renaud.

“For CEOs of large companies, the people they see on a day-to-day basis may not be the variety of people they serve. Brain dates are a place to have conversations with people you wouldn’t have otherwise in your daily life as a CEO. It can be incredibly powerful.”