Elon Musk and Jeff Bezos at war over satellites

Amazon: "We designed the Kuiper System to avoid interference with Starlink, and now SpaceX wants to change the design of its system." 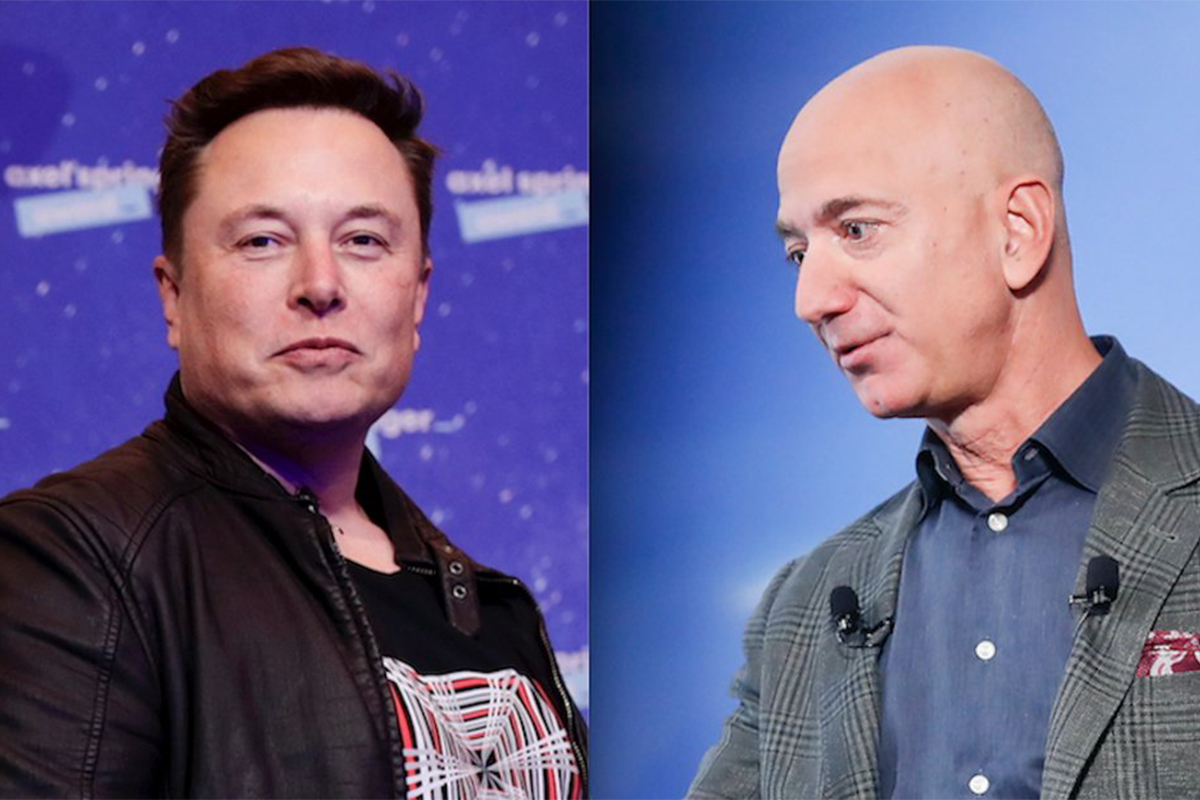 The world’s two richest humans, Amazon CEO and Chair Jeff Bezos and Tesla and SpaceX CEO Elon Musk, are at war over the real estate in space.

SpaceX has put more than 900 Starlink satellites into space and has approval from the US government to send 12,000 in total.

In a recent submission to the Federal Communications Commission (FCC), SpaceX has applied to put a few thousand of those satellites in a lower altitude than previously planned or authorised. The plan puts the Starlink satellites in the path of another constellation, known as Project Kuiper, which is an Amazon initiative. The FCC approved Project Kuiper but Amazon is yet to launch a satellite.

Amazon has made a submission to the FCC stating that SpaceX’s satellites would be too close and could cause signal interferences with Project Kuiper satellites and other nearby satellite networks.

SpaceX attacked Amazon as it dismissed the company’s concerns. SpaceX’s Director of Satellite Policy, David Goldman, wrote in a January 22 letter to the FCC that its competitor only came to those conclusions by “cherrypicking data” and “ignoring the majority of the modification” SpaceX has proposed.

Musk himself entered the argument in a tweet on Tuesday: “It does not serve the public to hamstring Starlink today for an Amazon satellite system that is at best several years away from operation.”

Amazon did not take kindly to Musk’s tweet. “The facts are simple. We designed the Kuiper System to avoid interference with Starlink, and now SpaceX wants to change the design of its system,” Amazon said in a statement.

“Those changes not only create a more dangerous environment for collisions in space, but they also increase radio interference for customers. Despite what SpaceX posts on Twitter, it is SpaceX’s proposed changes that would hamstring competition among satellite systems. It is clearly in SpaceX’s interest to smother competition in the cradle if they can, but it is certainly not in the public’s interest.”