The development of nuclear fusion energy is not only a way to solve China's strategic energy needs, but also has great significance for the future sustainable development of China's energy and national economy. 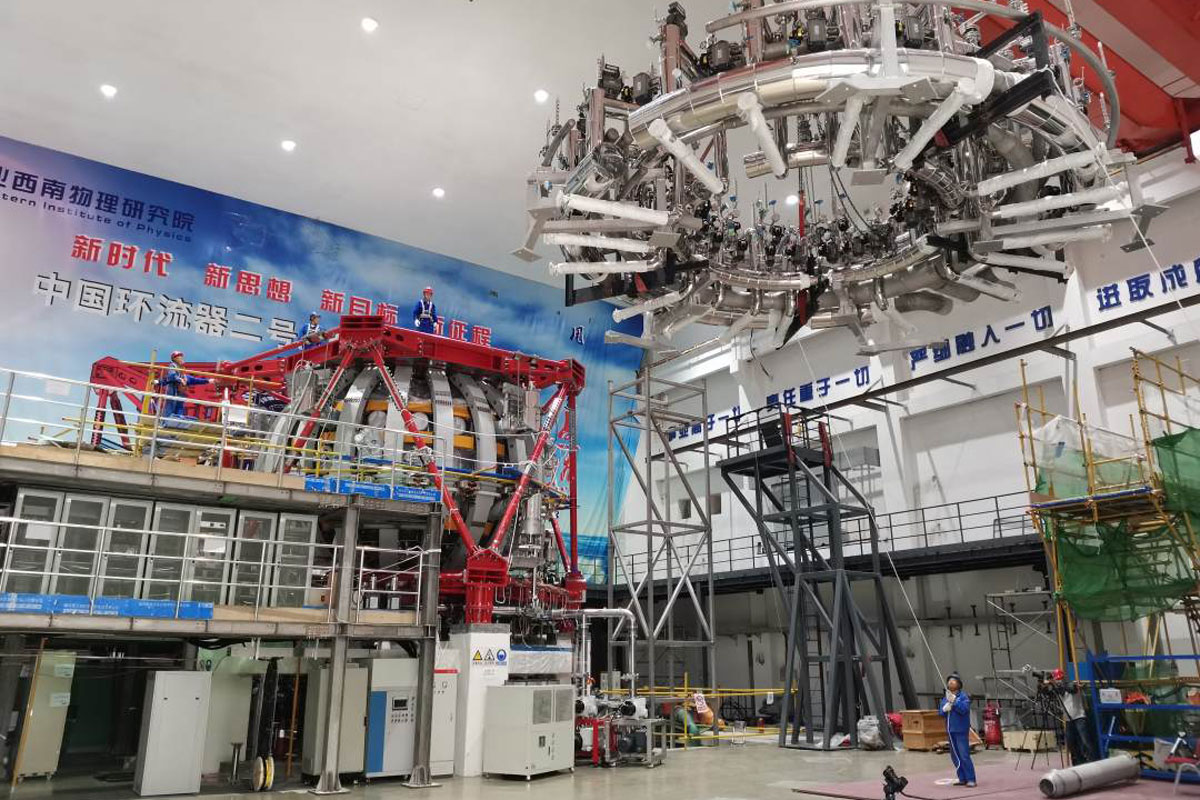 It might sound like a concept straight out of a Hollywood science-fiction flick, but engineering an ‘artificial sun’ is closer to reality than ever. As the future of sustainable energy becomes more prevalent, the Chinese state media last week reported that their country successfully fired up its ‘artificial sun’ nuclear fusion reactor for the first time.

The development of the HL-2M Tokamak reactor now stands as China’s largest and most advanced nuclear fusion experimental research device. It also marks the country’s greatest advance in nuclear power research to date in which scientists hope will pave the way for cleaner energy sources.

The HL-2M Tokamak reactor works by using a powerful magnetic field to fuse hot plasma to create temperatures exceeding 150 million degrees Celsius. This figure is approximately ten times hotter than the sun’s core, according to the People’s Daily.

Its label as an ‘artificial sun’ comes from the fact that it can generate such high levels of heat and subsequently, power.

“The development of nuclear fusion energy is not only a way to solve China’s strategic energy needs, but also has great significance for the future sustainable development of China’s energy and national economy,” added the publication.

Chinese scientists began working on the project as early as 2006 with the development of smaller variants of the nuclear fusion reactor. The project won’t be solely for China though. The country is planning to use the reactor to collaborate with scientists in France who are working on the International Thermonuclear Experimental Reactor – the world’s largest nuclear fusion research project which aims to be completed by 2025.

The continual development of nuclear power coincides with the world’s thirst for limitless and emissions-free sources of alternative energy, according to a recent report from ETF Trends.

“According to the World Nuclear Association’s most recent Nuclear Fuel Report there are 444 operating nuclear reactors, with 54 under construction, 111 planned, and 349 proposed,” the report highlighted.

At the forefront of this technology is fusion, the same process the sun uses to generate energy. More specifically, it merges atomic nuclei to create substantial amounts of energy. And while safety concerns are expected, it’s important to note that the process of fusion is the opposite to fission – the process used in atomic weapons and nuclear power plants which splits the nucleus into fragments to release a tremendous amount of energy.

Fusion also doesn’t create radioactive waste and is less prone to accidents and the theft of potentially dangerous nuclear material. One of the biggest downfalls of fusion however is its exorbitant cost due to its difficult process. Its ITER cost is estimated to be US$22.5 billion.

The HL-2M Tokamak reactor will continue its development in the southwestern Sichuan province of China.