Holograms have long been the stuff of science fiction, but they’re fast becoming a viable tool for time-poor CEOs to connect with far-flung staff. 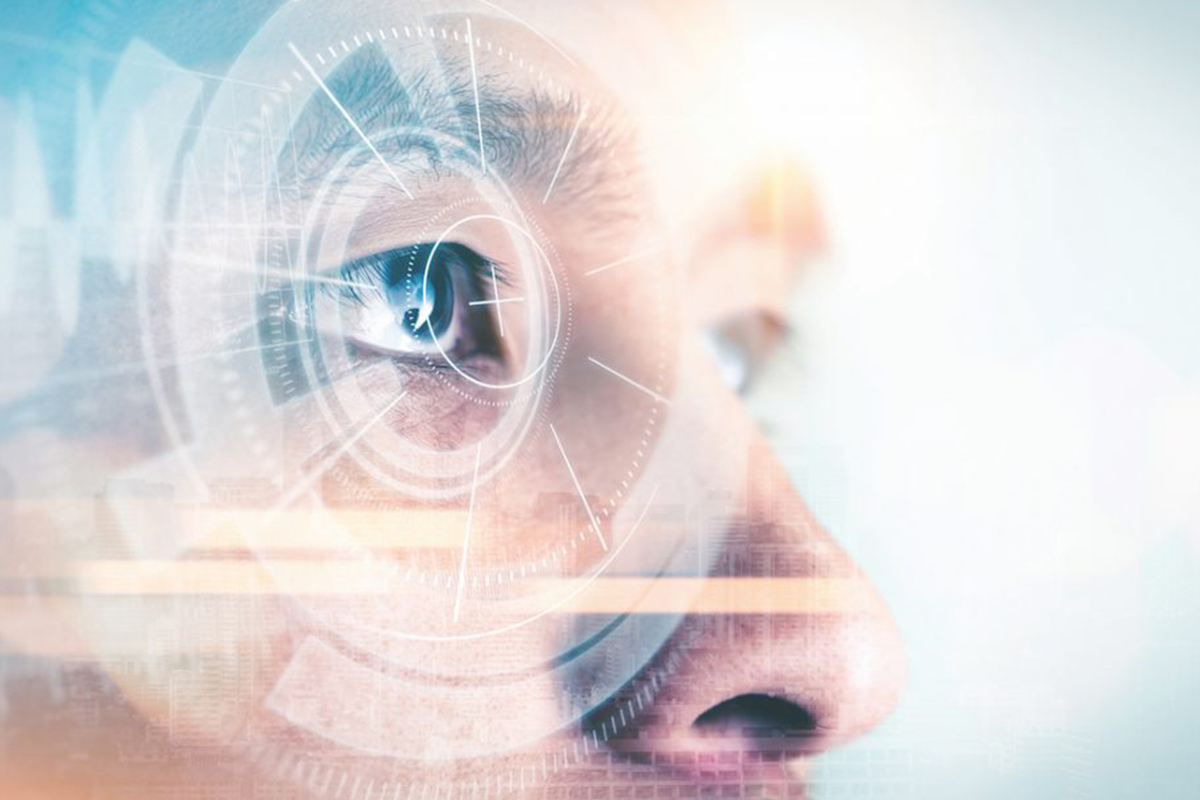 It’s long been the unsolvable dilemma of the busy jet-setting CEO – how to be in two places at once. Well, technology could finally have the answer: Holograms.

Previously confined to Hollywood fantasy in films like Star Wars, Total Recall and Lost in Space, holograms are now hitting the real-life boardroom. While the tech has been hyped before, recent take-up by several globetrotting CEOs suggests this time around, the hologram revolution could be here to stay.

Beam me up, Scotty

Global professional services company Accenture’s CEO, Pierre Nanterme, has been one of the biggest advocates of next-gen hologram technology. The Paris-based CEO is well known for jumping into his broadcasting studio and projecting his image in 3D across the Atlantic to appear before hundreds of his US staff.

Accenture has even taken the potential of the tech one step further, using it to beam both Nanterme and the firm’s HR boss based in New York onto the same Chicago stage, allowing both presenters to be there without leaving home. And Accenture is not the only multinational jumping onto the hologram bandwagon.

Other notable business enthusiasts include former Cisco CEO John Chambers, Adwerx CEO Jed Carlson, and US entrepreneur and futurist Peter Diamandis, who regularly uses a hologram version of himself to deliver keynote speeches to clients worldwide.

In politics, French presidential candidate Jean-Luc Mélenchon is another devotee. In 2017, far-left representative Melenchon turned himself into a hologram to hold seven simultaneous rallies in the lead up to polling day, even appearing to crowds 10,000 kilometres away on the French island of La Réunion. 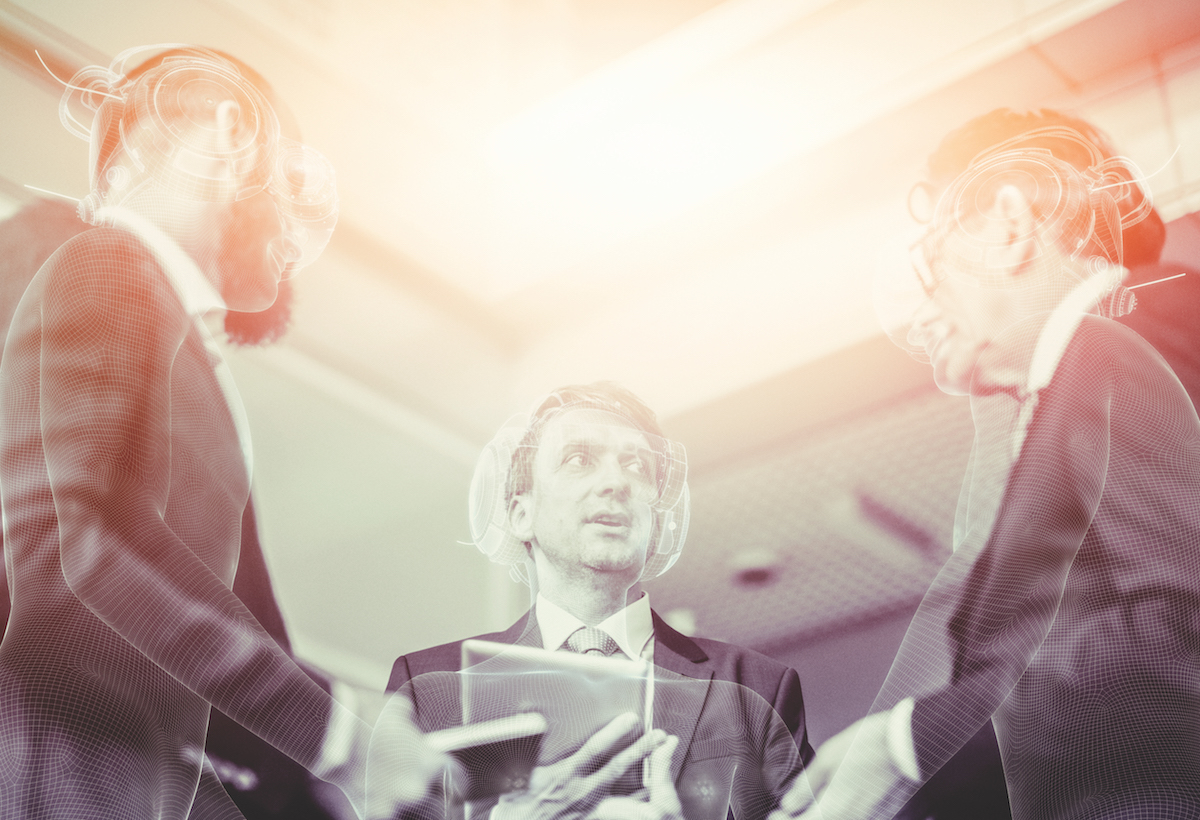 According to Brand, while hologram technology undoubtedly saves CEOs travel time, there’s the risk that it damages their standing with workers. This, Brand says, is because there’s a difference between leadership being “visible”, and it being “authentic”.

“The use of hologram technology to convey authentic leadership certainly has a great application once trust and faith in a journey has been built, but using the technology may not help to convey that initially,” he tells The CEO Magazine.

“It’s got great application but you need to have your people on the journey with you already before you begin popping up as a hologram.

He says holograms can’t enable a “full physical and mental connection” with staff. “So, where you’re conveying something really sensitive or something of a more personal nature to a team, then this technology may not deliver.”

His advice for C-suite professionals is to avoid using holograms if you need to be emotionally present with staff, and deploy them instead in considered settings. These could include training sessions or building value with small teams, he says.

“There’s a great opportunity with holograms to personalise the journey for the employee by bringing leaders into the immediate workplace, or what we call the workplace family,” Queensland-based Brand says.

“You’ve also got potential to bring trainers in with this technology because you have more than just a PowerPoint presentation; you’ve got the ability to interact, the ability for a trainer to be more tangible and convey their message with greater clarity.”

Business futurist Morris Miselowski agrees. He says that as hologram technology – like the mass market-geared offerings in development at Microsoft and Florida-based Magic Leap – go mainstream, it’ll be “horses for courses”.

In Miselowski’s opinion, the real boom area will likely be entertainment. His assessment should come as little surprise given the growing legion of deceased rockers who are being resurrected to play for fans across the globe. Foremost among them is balladeer Roy Orbison. The long-dead American singer will this year embark on a world tour as a hologram, alongside a symphony orchestra. Deceased Black Sabbath singer Ronnie James Dio has also returned to the stage as a hologram, as did the king of pop Michael Jackson in 2014, and rapper Tupac Shakur in 2012.

Outside entertainment, military mapping, information storage, medical training, fashion and even art – such as that of UK pioneer Margaret Benyon – are other fields where the use of holograms appears to be accelerating at almost warp speed.

Miselowski says in these settings holograms can be just as relatable as real people. “What I know about human nature is that we can often forget about the gadget or hologram and we instead are able to relate to the person as if they are there,” he tells The CEO Magazine.

However, the futurist cautions that hurdles remain, noting that there is no “category killer” in the hologram market yet and that pricing remains a block for many firms.

While companies with global reach, like Accenture, can afford the base price of US$50,000 to establish dedicated hologram broadcast studios, Miselowski believes that taking holograms to the mass market remains some “way off”.

Hologram market set for growth:By 2020, the market for display holograms is estimated to be worth US$5.5 billion.

“We don’t really have mass-available hologram tech, we haven’t made the magic leap,” he says. Employee engagement specialist Richard Maloney echoes this sentiment, saying the cost of hologram tech makes it prohibitive for most companies.

The Engage and Grow CEO, who last year looked at rolling out the tech, says it would have meant installing an expensive multi-camera system and green screen, plus paying for an ongoing consultancy from a team of specialists.

In the end, he says the cost of integrating it into his workplace did not outweigh the hassle of spending “half the year on a plane” away from his family. “We looked at hologram technology because of our expenditure on travel, but the cost didn’t stack up,” he says, adding that in a few years “things may be different”.

The other factor in his decision, he says, was a lack of human interaction. “Engagement is about human, not technical, connection, so that stopped us from really going any further.” Still, as the boss of a company with contacts worldwide, he says any tech solution that can cut CEO travel spend and save time, is worth examining.

So while the hologram technology is increasing in viability and popularity, it is currently accessible only to a wealthy and future-forward few until it becomes readily available in the mainstream. However, as the future is but a heartbeat away, this might be sooner than you think.