Is Netflix in decline – or will the streaming giant prevail?

They say the first step is accepting that you actually have a problem. The team at Netflix seems to have done that, but do they have the courage to change – and can they do so quickly enough? 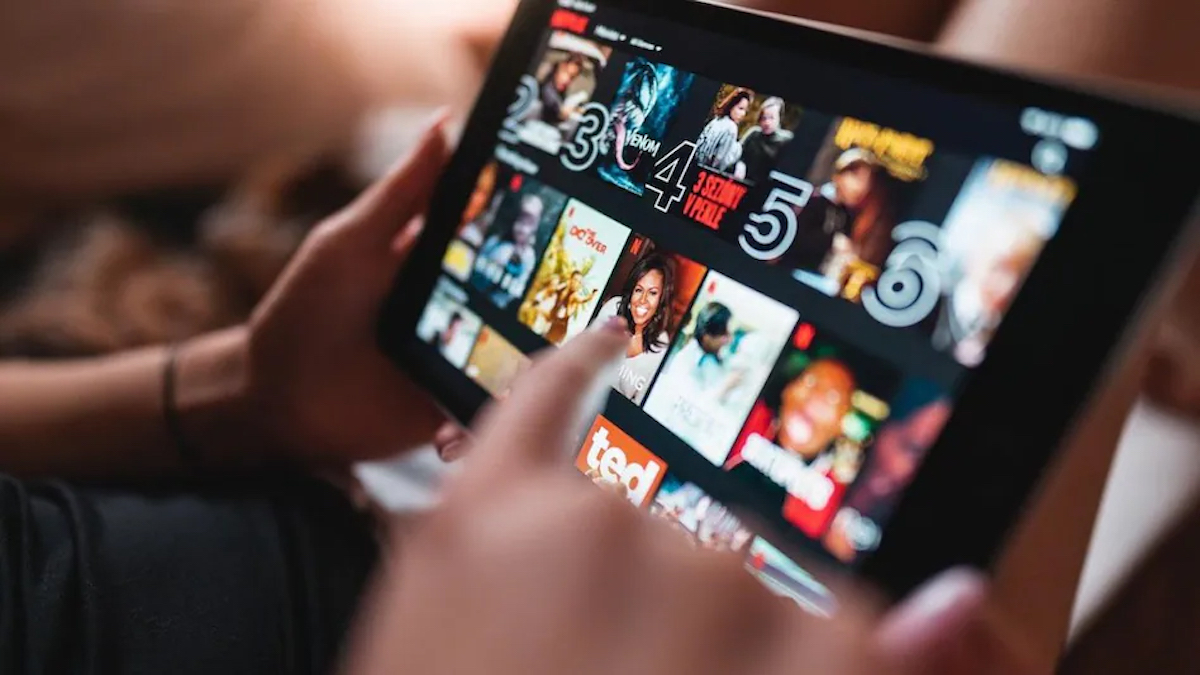 For the second quarter running in 2022, with the share price dipping after the quarter one announcement, Netflix reported a drop in subscriber growth. It’s only the second time in history that this has happened to the streaming behemoth, and reflects a trend that needs to be arrested.

With a global total of nearly 221 million subscribers, Netflix is still the biggest streaming service in the world. Its loss of 970,000 subscribers in the second quarter was less than the two million it had projected, and the share price did rise again slightly. So while it couldn’t yet be called a crisis, there are plenty of historical examples that show Netflix needs to act quickly to make some changes to its business model.

Kodak, Blockbuster, BlackBerry and Yahoo! are just a few examples of dominant brands who failed to be agile and react to world change, and consequently, paid a huge price. And now, with Amazon Prime having hit the 200-million subscriber mark for the first time, Netflix is in real danger of no longer being the global streaming leader – even if the phrase “Amazon Prime and chill” doesn’t have quite the same ring to it.

The reality is, in the near future, Netflix could easily be overtaken by Amazon Prime. Disney+, which currently has 152.1 million subscribers, also poses a real threat. Although Netflix was the first streaming service with scale, and initially had no real competition, that has changed dramatically in recent years. Amazon Prime and Disney+ might be newer to the streaming scene, but both companies boast deep pockets and an extremely diversified portfolio of both content and businesses. 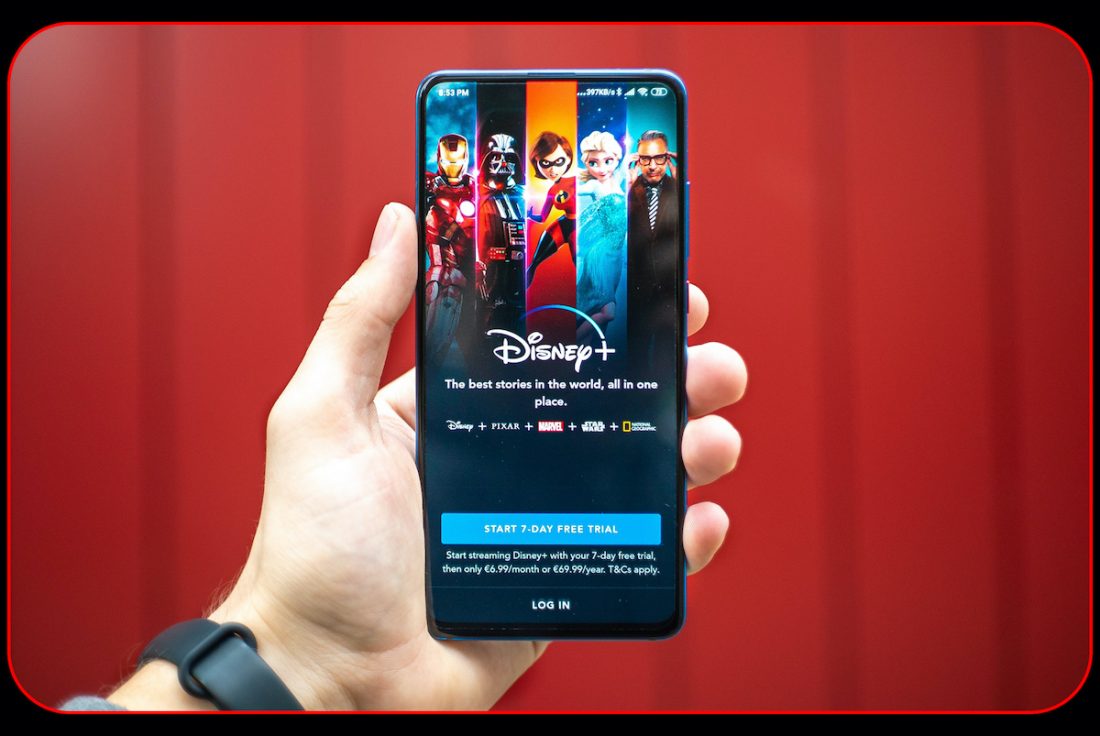 There are a number of reasons for Netflix’s recent decline, the first of which can be put down to an exhaustion of top-tier content. To a certain extent, many subscribers have now watched everything they’d been searching for and so either need to be fed the next blockbuster, or have the back catalogue re-marketed to them.

In terms of big blockbusters, the time between water-cooler moments (or the Zoom equivalent) has become longer. Squid Game was something of a surprise hit Netflix stumbled upon that provided a short-lived boost.

Alongside the content-saturation point has come some post-COVID-19 financial rationalisation by many streamers. Having added other streaming services alongside Netflix during lockdowns, the need for disposable income has increased as life has opened up again. Thus, financial pressures have forced some consumers to choose between streaming services, and for parents Disney+ is perhaps taking precedence for the first time. Alongside that, sharing of passwords among family and friends has become an issue for Netflix and other streaming platforms.

But let’s not forget that Netflix built its empire by embracing an agile and flexible culture, so if any company can react to the market conditions then it is likely to be Netflix. Already it has announced measures to counter the most pressing concerns. 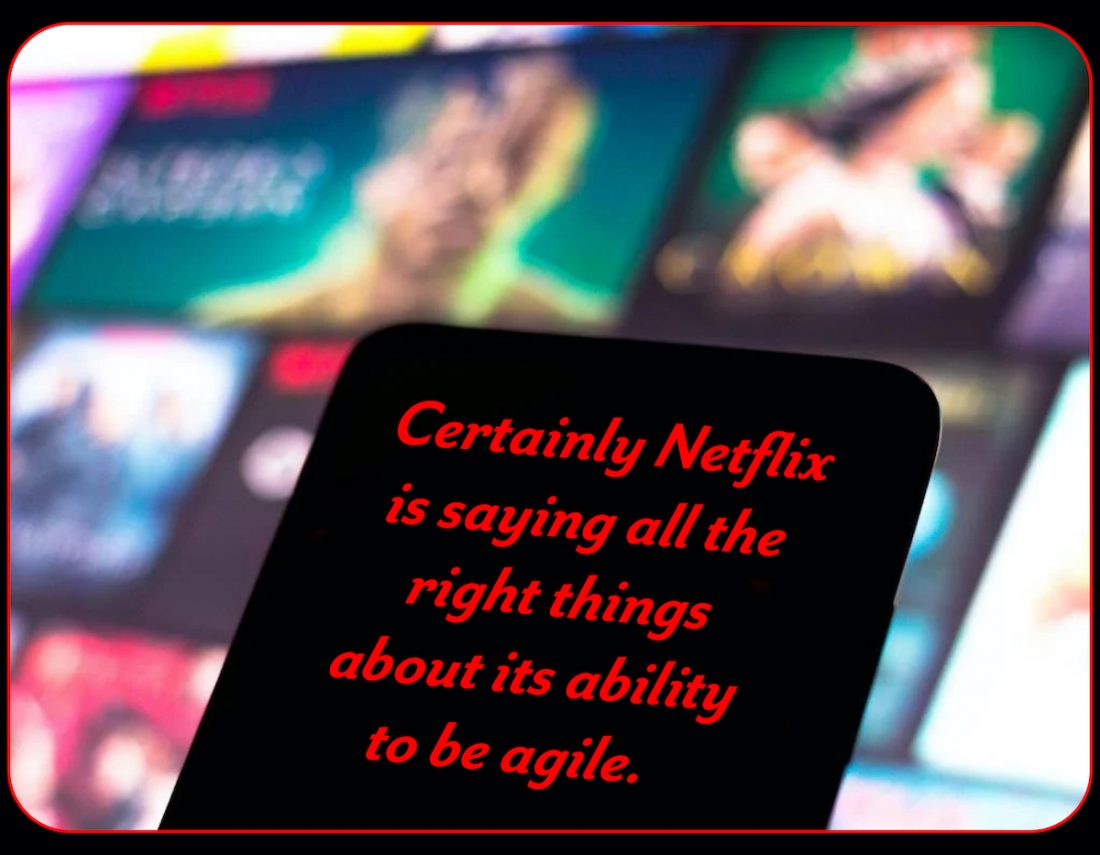 In a bid to start bringing in new subscribers, or retaining the subscribers who genuinely struggle to afford Netflix as a discretionary purchase, the streaming giant is set to unveil a lower-cost product that is supported by advertising revenue. In many ways it’s like the gradation of Spotify accounts you can sign up to. Netflix has already partnered with Microsoft on the ad-supported model.

“We’ll likely start in a handful of markets where advertising spend is significant,” the company said in its most recent shareholder letter. “Like most of our new initiatives, our intention is to roll it out, listen and learn, and iterate quickly to improve the offering. So, our advertising business in a few years will likely look quite different than what it looks like on day one.”

Certainly Netflix is saying all the right things about its ability to be agile. The company has also revealed that it’s in the early stages of rolling out a test around sharing plans for family members who live in different residences. Very much an ‘if you can’t beat them, join them’ strategy, it aims to monetise something that is already happening.

The sharing of passwords among family and friends may become a legitimate thing to do, with an incremental payment to take away guilt, inconvenience and, well, law-breaking. The trial of this will be rolled out in Latin America as a starting point. “We’ve now had more time to understand these issues, as well as how best to address them,” the company says.

Netflix is also focused on boosting its online gaming offering, with the end goal of establishing the platform as a centralised entertainment destination. Additionally, the company has recently announced its acquisition of Animal Logic – the award-winning animation studio behind Hollywood blockbusters including Happy Feet, Legend of the Guardians: The Owls of Ga’Hoole, The LEGO Movie franchise and Peter Rabbit.

“Animal Logic is a leading animation studio with innovative technology that will strengthen our existing business and increase our long-term capacity in the animation space so that we can better entertain our members around the world,” says Amy Reinhard, Netflix Vice President of Studio Operations.

It remains to be seen whether Netflix can maintain its position as the global leader in streaming, yet perhaps co-existing with Amazon Prime and Disney+ at around the 200-million subscriber mark isn’t actually a bad place to be. The real question is whether the current decline is set to continue, and while Netflix appears to be nimble and agile, only time will tell whether it can change and adapt quickly enough.