Mining the moon: The space start-ups looking for lunar resources

Mining the moon for resources might sound like the stuff of science fiction but that’s not stopping a number of bold space companies from attempting to make it reality. 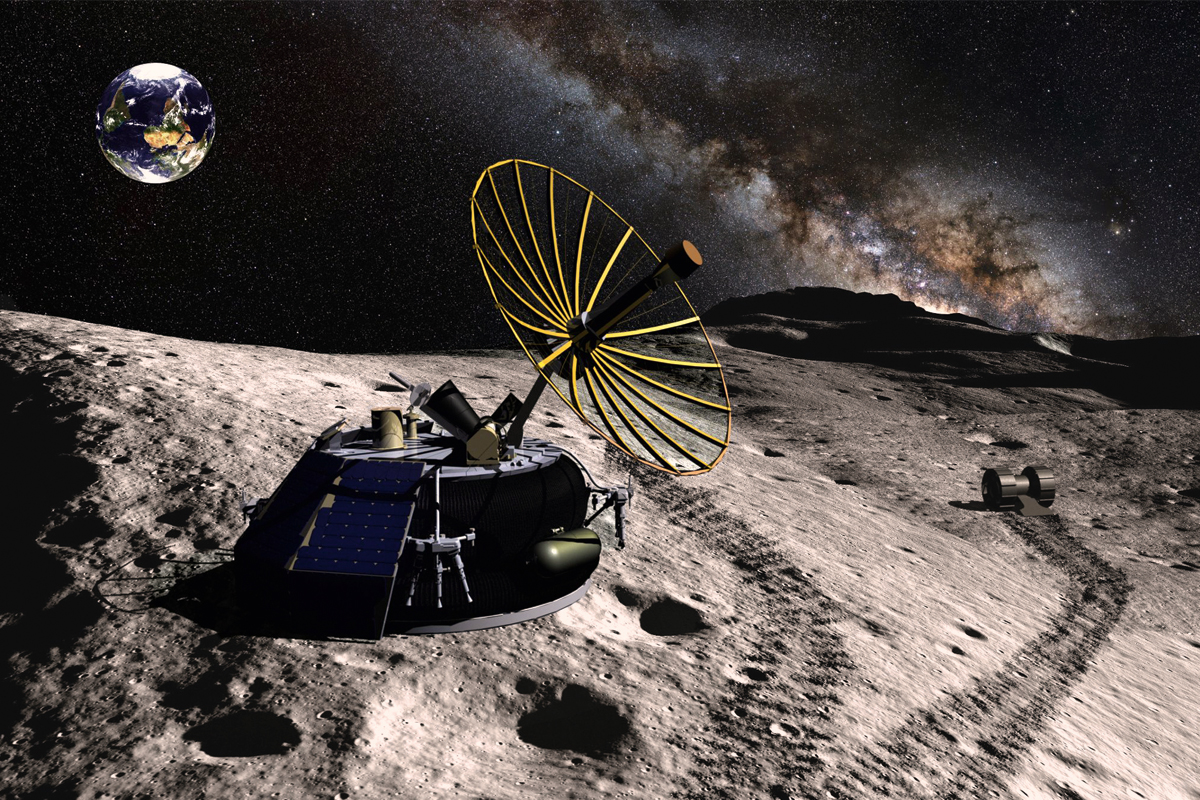 From Leonardo da Vinci and Galileo to Stephen Hawking, the moon has long held a fascination for astronomers, philosophers, scientists and stargazers. Now it is also becoming a focus for a growing number of companies as rapid technological progress makes lunar mining more viable. The potential upside for space start-ups is clear, with lunar resources including water, helium-3 and rare-earth minerals estimated to be worth quadrillions of dollars.

Moon Express – the first private company to get US government approval to go to the moon – is one of the players at the forefront of this new space race. The Florida-based firm, led by space entrepreneur Bob Richards, is entirely focused on mining the moon for minerals and water. It has developed a moon-specific lander called the MX-1E, which is in testing phase at its Cape Canaveral headquarters.

Another challenger is Deep Space Industries. Like its competitors, the California-based firm is trying to reduce the cost of deep space exploration – currently estimated at more than US$1 billion per mission – to make resource extraction viable. Focused more on asteroid exploration than moon mining, Deep Space Industries’ Chief Business Developer, Peter Stibrany, predicts prospecting is only five years away.

Planetary Resources, a start-up backed by Luxembourg (yes, the country) and Google’s Larry Page and Eric Schmidt, is another industry newcomer working on technology that it hopes will make underground asteroid exploration a reality from 2020. Like Deep Space Industries, Planetary Resources wants to dig up water and minerals in space for use in orbit, rather than transporting them back to earth.

Other firms include Los Angeles-based OffWorld, Japan’s ispace and Kleos Space, which is developing robotic explorers to mine the moon. Elon Musk’s SpaceX, meanwhile, has been working on the problem of launch costs with reusable rockets, which could help lower the cost of getting to the moon.

Rare earth abundance
The moon has a mass if 73q tonnes, meaning that if 1 metric tonne was removed from it every day, it would take 220 million years to deplete just 1% of its mass.

One of the most important lunar resources is water, which is vital to supporting life on deep space missions and can also be converted into rocket fuel. Serkan Saydam, from the Australian Centre for Space Engineering at the University of New South Wales, says for these reasons it’s likely that water will be the first resource targeted.

According to Professor Saydam, the big attraction of moon water is that it could be used to re-power ailing satellites that would otherwise become space junk.

With about 600 million tonnes of water thought to exist on the moon, Saydam says it’s only a matter of time until a bold space company achieves the feat.

“Water is the main commodity of space, it has hydrogen and oxygen that could be used for rocket fuel. This means the moon could be used as a petrol station for space missions to go further into deep space,” he tells The CEO Magazine.

“The aim here is to land on the moon, extract the water, and develop hydrogen rocket fuel to refuel current satellites. These satellites are dying but through moon mining we can recharge them.

“And the plan to recharge these defunct satellites can create billions of dollars’ worth of business opportunities.”

The University of London’s Ian Crawford says mining on the moon is also likely to provide new access to some of the rare minerals that are in dwindling supply on earth.

“Many of these elements are useful for high-tech industries, especially neodymium for magnets, but usage in space is likely to be more economical than importation to earth,” he says. “But eventually, environmental costs of sourcing rare-earth elements on earth may make lunar resources more attractive.”

Crawford is less upbeat about the potential of helium-3 – often cited as a possible fuel for future nuclear fusion reactors on earth – as a lunar resource. While the rare isotope exists in abundance on the moon, the lunar expert says it would not provide a permanent power solution for earth, even if transported back.

In Crawford’s opinion, the problem with mining the moon for helium-3 – estimated to be worth US$640,000 per pound – is that it would be like replacing earth’s fossil fuels with another non-renewable energy.

Another issue, he notes, is that helium-3 is unevenly distributed across the moon, which means extra prospecting and exploration costs before any mining could go ahead. For Crawford, like Saydam, the most realistic business case for lunar mining is the chance to exploit H20. He also backs the use of water to refuel satellites.

“In the short-term, the most compelling case for mining on the moon is probably for water, for use on the moon itself and to support other space activities in near-earth space,” Crawford says. “In the near-term this is one of the more realistic applications of lunar resources.”

Lunar helium-3 value chain
Scientists estimate that the moon’s He-3 is worth US$640,000 per pounds or around US$25 quadrillion if every last ounce could be mined.

Kim Ellis, space law expert and Director of Australian consultancy International Earth and Space Technology, agrees that moon mining is on the horizon. However, in addition to the cost challenges, she warns of regulatory hurdles ahead.

The biggest stumbling block ahead, she suggests, is to do with governments disagreeing about principal terms in the Outer Space Treaty, which forms the basis of international space law and has been in force since 1967. According to the treaty, no nation can claim ownership of the moon but there is uncertainty over whether the document also prevents private ownership.

As a result, Ellis says there’s disagreement between nations over whether miners would own the material they dug up on the moon. “One of the biggest questions is whether the treaty permits non-government entities to own the resources they mine, because not everybody agrees with that interpretation,” she tells The CEO Magazine. “It’s split between those who agree and those who don’t. It’s going to be a long-term game.”