Putting the AI in reality

The use of artificial intelligence is starting to infiltrate businesses in all sectors, bringing with it both opportunities and challenges for CEOs. 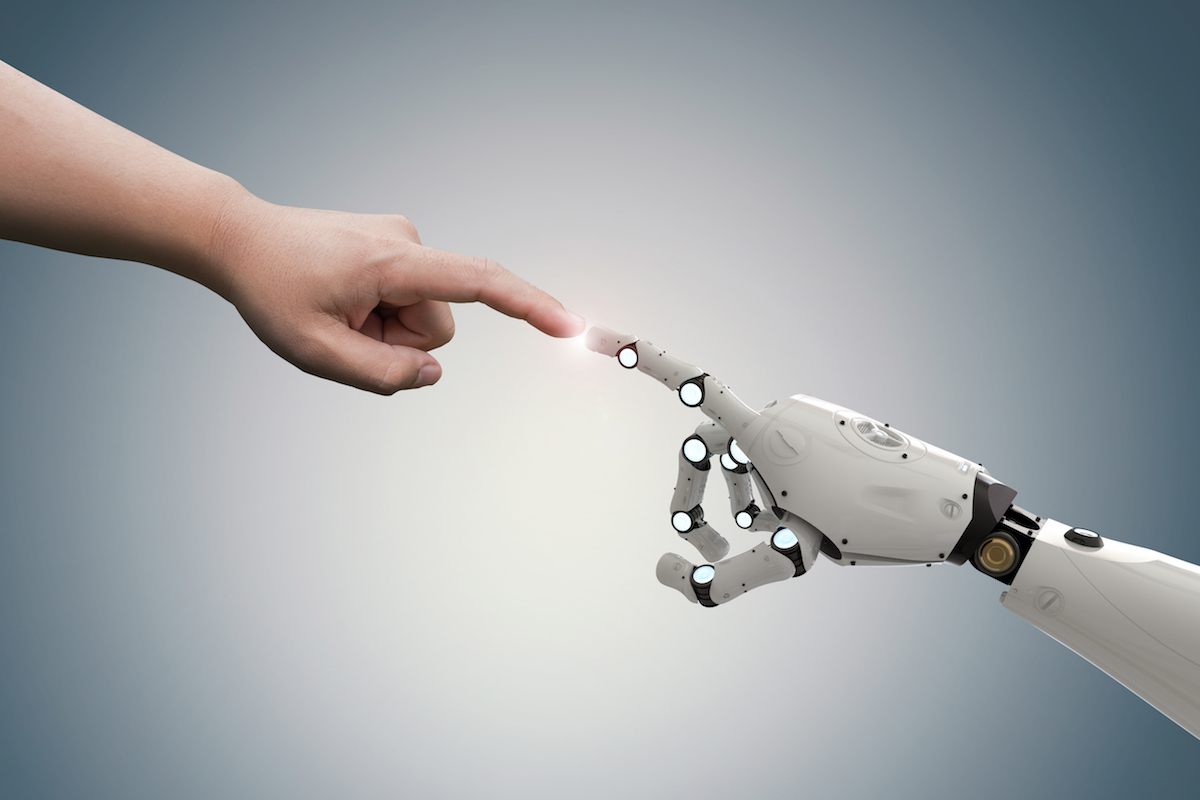 This year may well go down as the one when the use of AI started to take off in businesses, when the technology moved beyond the hype phase and into practical applications.

The impact is being felt across different countries and sectors. “The US, China, UK, Canada and Israel are leading the way,” says Valérie Claude-Gaudillat, professor in the business and society department and a director of the Institute for Innovation, Design and Entrepreneurship at Audencia Business School. “The internet of things, health, real estate, video game, banking and automotive sectors are already greatly influenced by the development of AI.”

How it’s being used

Currently, AI is being used most in areas that focus on repetitive mental work or data-heavy sectors, says Dr Lee Howells, head of artificial intelligence at PA Consulting. “Medical imaging or data scanning is one example where there is a shortage of skilled radiographers who can interpret X-rays,” he says

“Using AI image recognition to pre-scan images and identify anomalies for skilled humans to corroborate makes those staff much more productive and relieves them of the drudgery in their work.”

The finance sector is also embracing AI. “In investment banking there has been margin pressure, meaning new efficiencies need to be found,” says Shamus Rae, partner and head of digital disruption at KPMG in the UK.

“Examples include Goldman Sachs automating up to half of the steps in the investment banking process and Citibank in the UK reducing middle and back office staff by around 50%. Fund managers are also beginning to use AI to an increasing degree in the management of funds.”

65% of European workers believe automation technology will enable them to be more productive, according to Ricoh Europe.

In the accounting industry, AI is helping to eliminate the more manual elements of the job, such as entering data in a spreadsheet. James Poyser, CEO of inniAccounts, says his firm started using it for bookkeeping and financial transaction processing but believes this will, in time, extend to internal processes.

The ability for AI technology to predict buyer behaviours and preferences in real-time is a big drawcard for the retail sector. The data is then used “to develop hyper-personalised offerings, which can dramatically boost revenue and profit performance,” says Richard Potter, co-founder and CEO of AI firm Peak.

“AI can also be used by retailers to forecast demand, giving them the power to make considerable reductions in stock inventories and free up cash.” The quest for AI to deliver such insight is not just confined to retailers; the Harvey Nash/KPMG CIO Survey 2018 found that almost a quarter (23%) of CIOs say their board is asking them to improve decision-making through AI.

More generally, the technology is being used in recruitment. Staffing platform Broadstone uses it to help match job-seekers with work opportunities in large organisations. “We operate at 90% machine and
10% human roles, particularly within our back office and customer services,” says Tom Pickersgill, founder and CEO. “It means we are able to operate cost-efficiently, more productively and with reduced overheads.”

As well as practical and ethical considerations, there are also legal issues to factor in when making use of AI, says John Buyers, partner at international legal practice Osborne Clarke.

“For example, relying blindly on AI-powered recruitment systems could perpetuate hidden biases in the datasets used in such systems, leading to harmful consequences for both individuals and the corporations using such tools,” he warns. “AI systems have a ‘data-diet vulnerability’ that could amplify existing flaws in data.”

Other possible issues involve safeguarding the value of the information that comes out of such systems, with traditional intellectual property concepts not designed for such purposes, and potential problems for companies using AI to make decisions. “The use of AI in corporate decision-making seems to be leading to a conflict in how director’s duties are to be applied,” he says. “Can you really be said to be exercising independent judgment if an AI system has served up a decision for you?”

There’s also the issue of the collection and processing of data following the introduction of GDPR in Europe. “Article 22 of the GDPR lays down a prohibition on the use of automated decision-making in the absence of explicit consent; something that most companies using ‘big data’ will find very difficult to reconcile,” says Buyers.

Some applications of AI can be less obvious. Anton Christodoulou, group chief technology officer at Imagination, highlights the use of AI by Chinese firm Tencent to find and reunite missing children with parents, using AI to predict what a child will look like when they grow up and matching their faces to images uploaded by parents.

“A powerful tool like this could be used to reunite children in America separated from their parents as a result of the immigration crisis, or for refugees in war-torn countries,” he says.

The case for AI

There are a number of reasons why businesses might turn to AI. Howells says a well-planned implementation can lead to as much as a 200% return on investment in the first year, while Claude-Gaudillat suggests the overriding factor is usually improvements in service levels. “For instance, the French start-up HERA-MI brings AI to improve early detection of breast cancer, increase recovery rate and optimise healthcare treatment for women,” she says.

62% of firms believe sections of their workforce could be automated in the next five years, according to the Association of International Certified Professional Accountants.

Dr Anton Grashion, senior director of product and marketing at the EMEA division of US AI software firm Cylance, warns that while internal efficiencies in the form of staff reductions are often a factor, CEOs need to look at the full picture before they jettison employees.

“An experienced machine operator also manages inventory and trains less experienced workers,” he points out. “These are tasks that can’t be performed by a computer on the factory floor.”

Quite what impact AI will have on the jobs that are currently undertaken by humans is hard to predict. A study by McKinsey predicted as many as 800 million workers could lose their jobs by 2030 as a result of automation and robotics, although a Gartner study suggests two million new jobs will be created by 2025.

“Corporate leaders should consider how different AI systems can work in partnership with human workers, which may require a new approach to business management.”

This is clearly something CEOs will need to deal with, both by explaining the potential benefits of AI and helping employees adapt and evolve into other positions if possible. “Some employees could be retrained, but the likelihood is that this will not always be possible,” says Ruediger Hagedorn, director of The Consumer Goods Forum’s End-to-End Value Chain Standards Pillar.

“However, corporate leaders should consider how different AI systems can work in partnership with human workers, which may require a new approach to business management. CEOs will face difficult decisions and will need to consider a variety of factors, including business requirements, performance and resourcing needs in a new digital age.”

Nick Martindale is an award-winning freelance business journalist and editor, who writes regularly for leading business-to-business magazines and national newspapers, and edits a number of national business publications