“We’re on the cusp of achieving a revolution in the EV charging experience that will remove the critical barrier to mass adoption of EVs.” 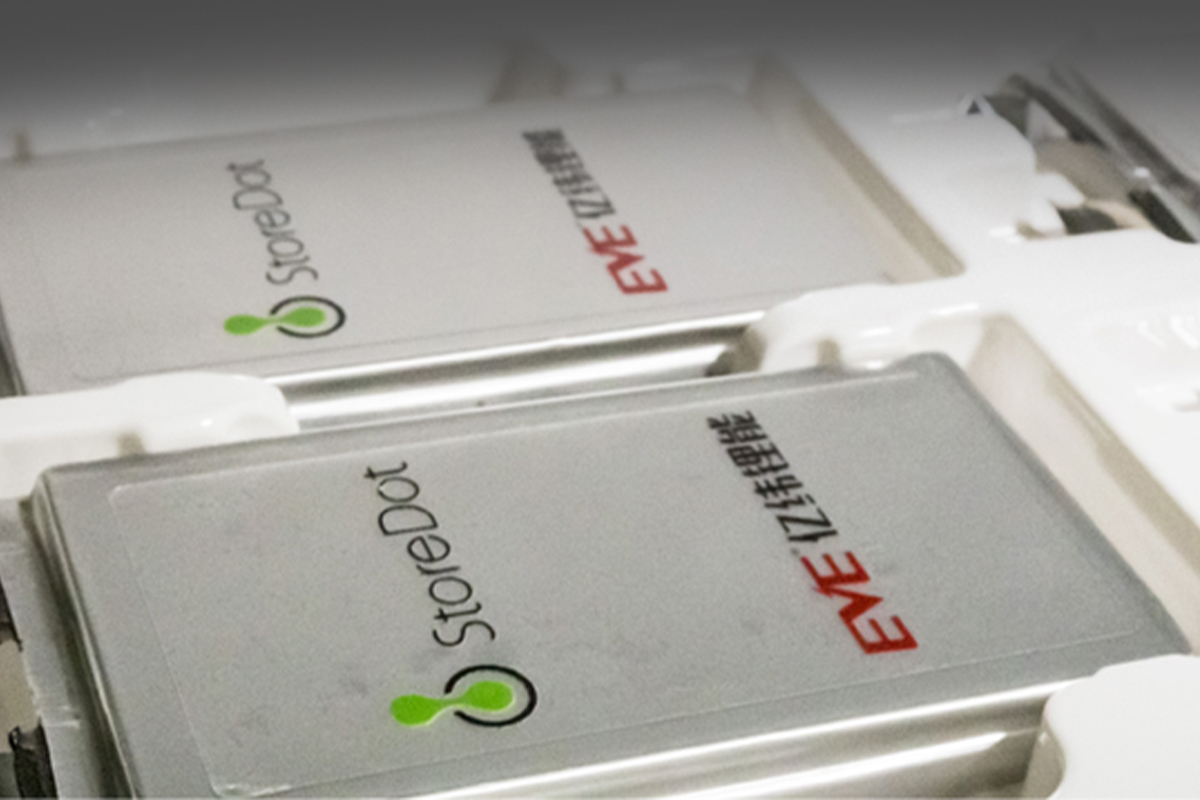 A major obstacle in buying an electric vehicle is the thought of having to wait and wait for your battery to charge. Israeli company StoreDot has invented a battery that can be fully charged in five minutes.

Five minutes is in the ballpark time of filling up a car with petrol or diesel. The new lithium-ion batteries were made by StoreDot’s strategic partner EVE Energy Co in China on standard production lines.

“StoreDot continues to go from strength to strength as we get one step closer to making our vision of five-minute charging of EVs a commercial reality,” said StoreDot Founder and CEO Dr Doron Myersdorf in a statement.

“Our team of top scientists has overcome inherent challenges of XFC (extreme fast charging) such as safety, cycle life and swelling by harnessing innovative materials and cell design. Today’s announcement marks an important milestone, moving XFC for the first time beyond innovation in the lab to a commercially-viable product that is scalable for mass production. This paves the way for the launch of our second-generation, silicon-dominant anode prototype battery for electric vehicles later this year.

“We founded StoreDot to achieve what many said could never be done – develop batteries capable of delivering a full charge in just five minutes. We have shown that this level of XFC charging is possible – first in 2019 with an electric scooter and again six months ago with a commercial drone. We are proud to make these samples available, but today’s milestone is just the beginning. We’re on the cusp of achieving a revolution in the EV charging experience that will remove the critical barrier to mass adoption of EVs.”

Commercial use of electric vehicles is regarded as a vital part of tackling the climate crisis. A major obstacle of their widespread use is running out of charge during a journey and the time taken to charge an EV battery. A typical electric car with a 60-kilowatt-hour battery takes just under eight hours to charge from empty to full with a seven-kilowatt charging point.

Companies around the world are developing fast-charging batteries, with Tesla, Enevate and Sila Nanotechnologies all working on silicon electrodes. Others are looking at different compounds, such as Echion, which uses niobium oxide nanoparticles.

The StoreDot battery replaces graphite with semiconductor nanoparticles into which ions can pass more quickly and easily. These nanoparticles are currently based on germanium, which is water soluble and easier to handle in manufacturing. StoreDot’s plan is to use silicon, which is much cheaper, and it expects these prototypes later this year.

Dr Myersdorf said the cost would be the same as existing lithium-ion batteries.

“The bottleneck to extra-fast charging is no longer the battery,” he said.

Charging stations and the grids that supply them will then need to be upgraded, he said, which is why the company is working with BP.

“BP has 18,200 forecourts and they understand that 10 years from now all these stations will be obsolete if they don’t repurpose them for charging – batteries are the new oil.”