It’s not easy to stand out from the crowd but these creative campaigns do it with ease. Like the apathetic waitress you had trouble catching the attention of while dining at a restaurant, consumers today are very good at spotting ads from a mile away and not seeing them. It’s not hard to understand why; it’s easy to ignore ads when they have become the new background.

Ad fatigue can turn any marketing budget into a waste of money, which makes the campaigns that worked all the more commendable. Here are five from the past year that had everyone talking.

Ikea’s print ad by agency Åkestam Holst for a baby crib in Sweden’s popular Amelia magazine invited its reader to do something rather bizarre – pee on it. It boldly claimed that doing so may change the reader’s life.

That’s because it was really a pregnancy test masquerading as an ad. And if the reader really was pregnant, Ikea was there to help smooth over the surprise (or shock) with a discounted price for the crib that appeared under the printed price.

The ad used the same technology as pregnancy tests, but instead of a “+” that appeared if the test turned out positive, it was the new price. To enjoy the discount, readers did not have to take pee-soaked pages to Ikea. The price was available to all members of the Ikea Family Club so really, the ad was a campaign to recruit new members into the club.

This campaign was a big win for Cossette, the Canadian marketing agency that came up with it, but probably not so much for parents on long road trips with antsy children.

On four billboards in high traffic areas in downtown Toronto and the Greater Toronto Area, McDonald’s iconic golden arches were deconstructed and used as directional signs to the nearest restaurant.

On a background of McDonald’s signature shade of red, the top half of the first stroke of McDonald’s ‘M’ logo, cut off right before it formed a full arch, stood out in bright yellow, accompanied by the simple tagline “on your right”.

The billboard that said “just missed us” used a single complete arch to evoke the u-turn symbol. “On your left” and “next exit” were expressed in similar ways, using different parts of the restaurant’s deconstructed logo.

The campaign was simple but effective. And the idea worked only because McDonald’s branding is strong to begin with; its logo was recognisable even after being cut up. 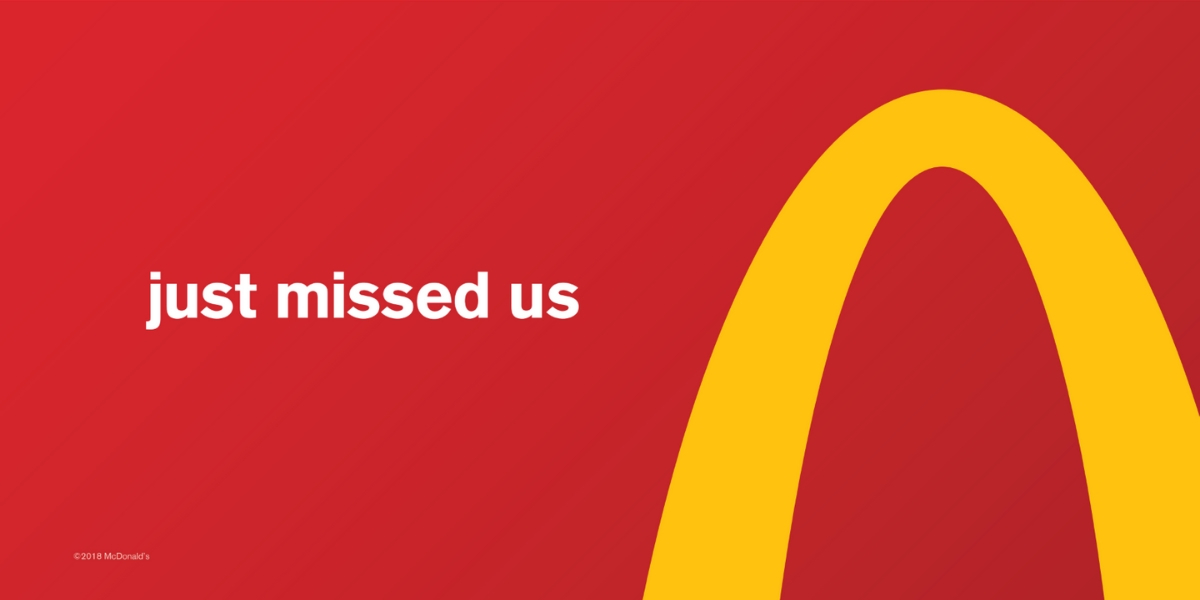 This was a campaign that had the fit rejoicing and the financially less-fit trying very hard. Upon the successful completion of 20 squats in 40 seconds, train commuters in Singapore who took part in this challenge received a single complementary train ride courtesy of insurance company Prudential.

Assessing whether a challenge-taker was successful was a machine fitted with sensors. It was first located at a train station in a densely populated suburb in the east, before being moved to one in the central business district.

Social media was used as a tool to create buzz, with participants encouraged to post their attempts at the challenge online with the hashtag #DOsquatschallenge.

The campaign did not directly create conversions – it was never meant to do so. What it did do, however, was increase awareness for Prudential’s health insurance, which is one of the company’s main products. Donate blood and immortalise the good deed with a tattoo – this was what some blood donors did at an event held by the Finnish Red Cross Blood Service in February. Designed and inked by Legacy Tattoo, the tattoos came in six designs each customised for different blood types.

Besides enticing more people to give blood, the campaign also set out to persuade what the Finnish Red Cross considers the hardest demographic to reach – young adult males. It was hoped that the free tattoos would create a connection with a new generation of blood donors for the Red Cross.

As icing on the cake, the campaign also helped to tear down stigmas associated with tattoos and those who choose to get them.

Although the free tattoos were only offered for a day, the campaign proved to have more reach than was initially expected. Hundreds queued up for hours before the event to guarantee themselves a free tattoo and Legacy Tattoo has generously allowed any tattoo parlour to copy the designs and ink it on their own clients. Eighty-four men take their own lives in the UK every week, making suicide the single biggest killer for British men under the age of 45. Named for this sobering fact, Project 84 was a initiative by Campaign Against Living Miserably (CALM) that aimed to bring attention to male suicide.

Eighty-four statues, each made in the likeness of a man who had committed suicide, were set up on the rooftop of a skyscraper in London’s South Bank. Created by American sculptor Mark Jenkins, the statues were perched on the edge of the rooftop and made to look as if they were about to jump together.

The installation stopped street pedestrians in their tracks. It successfully got the public talking about a taboo subject and garnered three days of coverage on the popular This Morning show. Adam&eveDDB, the agency that worked on the campaign, also estimated a media reach of 2.1 billion, 170 million impressions on Twitter and a 34% increase in calls to CALM’s helpline.

The campaign even caused ripples at the governmental level culminating with Theresa May announcing the appointment of Jackie Doyle-Price as the UK’s first Minister for Suicide Prevention on 10 October, World Mental Health Day. 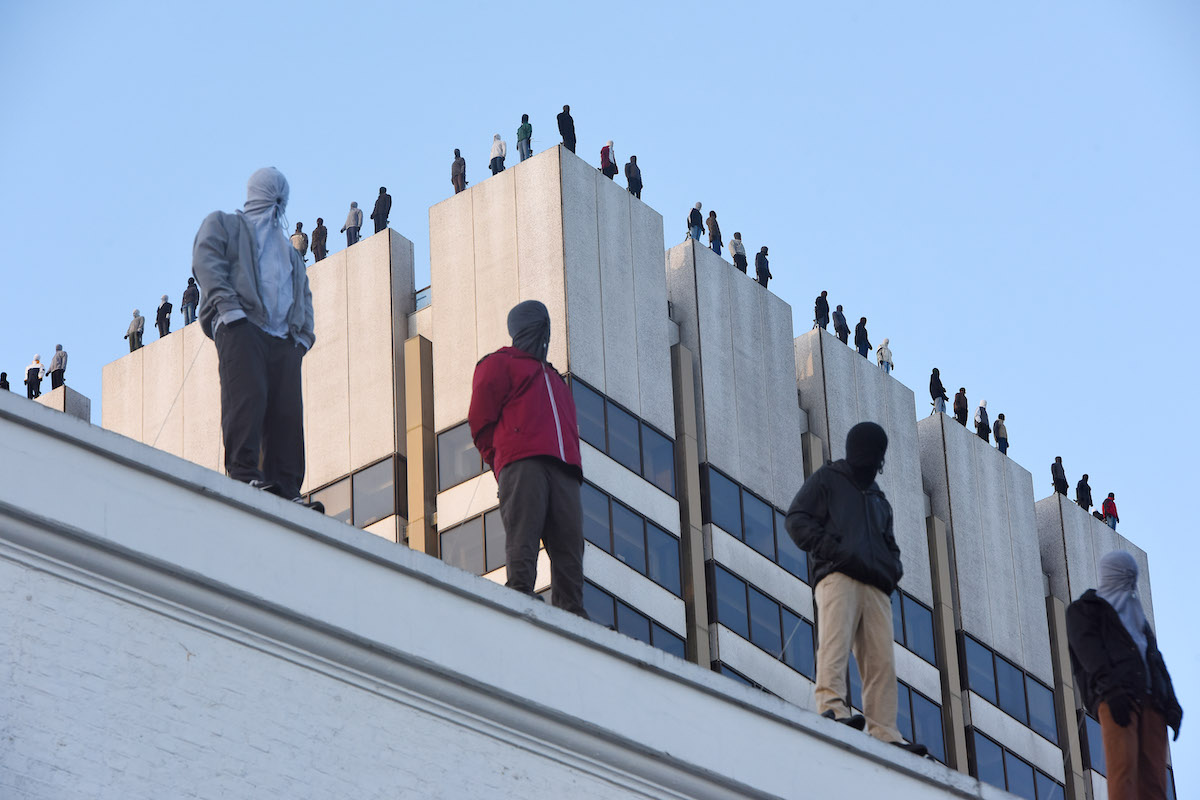