How do you know when it’s time to step down as CEO?

Is CEO self-demotion the ultimate example of ‘quit while you’re ahead’? Lisa Smyth learns when is the right time
to go, on your terms, in your way. Blood, sweat and tears, that’s what it has taken – everything you have. You have built your business up from nothing to a successful, thriving company. Or, you have climbed up through the ranks and now have a seat at the top. You have worked harder for this than
for anything you have ever worked for before. There is absolutely no way you are giving it all up, right?

In 2000, Bill Gates shocked the business world when he stepped down as CEO of Microsoft to become Chief Software Architect. While he remained Microsoft’s Chairman until 2014, Gates’ departure from running day-to-day operations at the height of Microsoft’s success was concerning, and confusing, to many – why did he do it? And, importantly, should you do it? And if you should, when?

When it’s time for a fresh perspective

Paul McCann, the 47-year-old Managing Partner of Grant Thornton, Ireland’s fifth largest audit and accounting firm, confronted the same confusion when he announced in November 2017 that he would not be seeking a third term.

“Lots of people told me to go for another round since it’s all gone so well, but I figured I should quit while I was ahead, and allow someone with new and interesting ideas to take the helm. A good and profitable business should have plenty of great leaders,” reports McCann who oversaw the business grow from 30 partners and 420 staff to 48 partners and 1,200 staff during his six-year tenure. He will be returning to client work at Grant Thornton as head of the firm’s financial services advisory unit.

Many CEOs are forced to step down due to scandal or failing to meet business objectives, and others step back for personal reasons or to retire (though the 87-year-old CEO of Berkshire Hathaway, Warren Buffett, recently announced he has no plans to do so anytime soon).
Only a few, rare CEOs choose to trust their successors to ensure the continued future of their business. A 2014 survey by the National Association of Corporate Directors showed that two-thirds of US public and private companies have no succession plan.

Larry Ellison, co-founder of Oracle, was one of those rare few. He stepped down from the role of CEO in 2014 to become Chief Technology Officer, allowing co-presidents Mark Hurd and Safra Catz to focus on sales, finance and day-to-day operations. Ellison spoke often about his belief that Hurd and Catz were well prepared for the responsibility of running Oracle.

“In my research, only 27% of founders who were replaced as CEO voluntarily stepped down in their business – the rest were forced
out by the board,” notes Noam Wasserman, Professor of Clinical Entrepreneurship at the University of Southern California, and author
of The Founder’s Dilemmas: Anticipating and Avoiding the Pitfalls That Can Sink a Startup.

When it’s time for your business to grow

Not all CEOs are made the same, but understanding whether you are more interested in controlling your business or seeing it thrive, is key to its future profitability, says Wasserman. “While it is mostly unheard of in large Fortune 500 companies for CEOs to voluntarily step down and take a role back in the business, it is more common in start-ups where self-aware founder–CEOs understand they might not have the skills to take their business forward.”

Jeremy Moon, founder and CEO of the incredibly successful Merino wool clothing retailer Icebreaker, made that exact determination in 2014 when, after 20 years as CEO, he stepped down to make way for former CEO of Air New Zealand, Rob Fyfe. Moon remained as Executive Chairman and Creative Director. 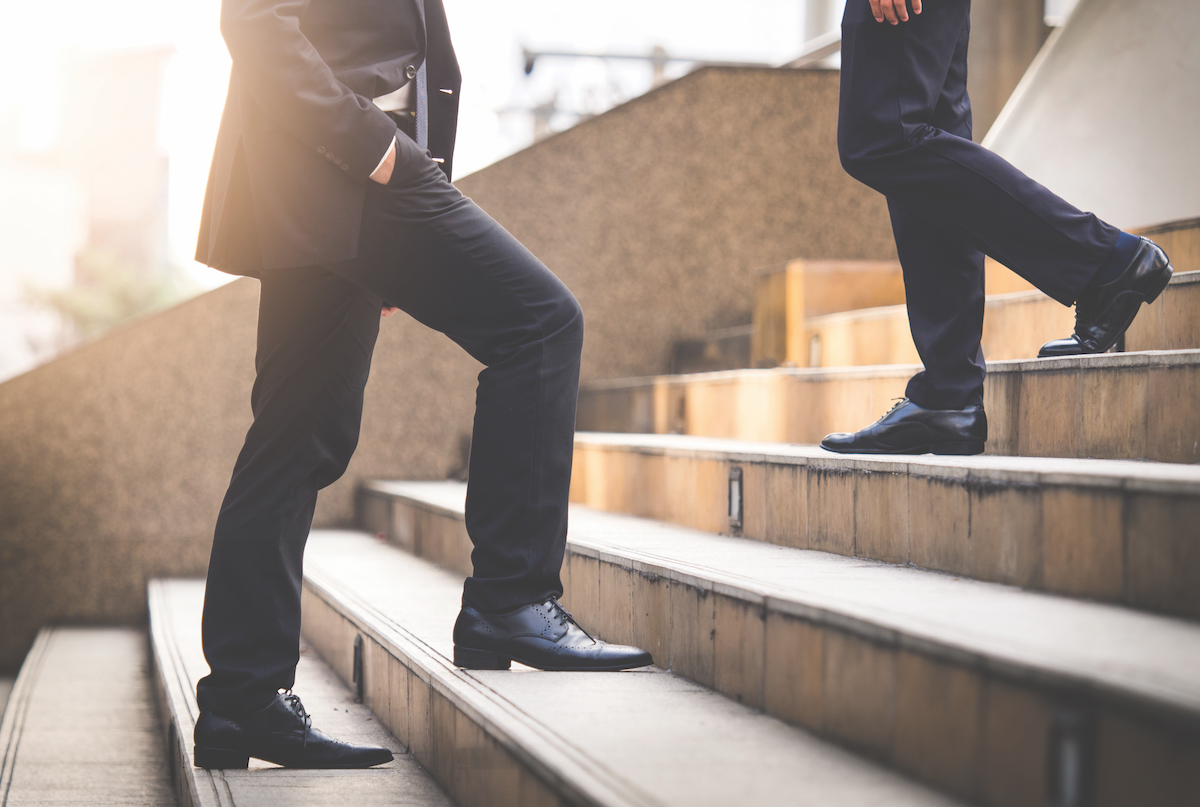 At the time, Moon said of Fyfe that “his proven strengths as a game-changing CEO will align perfectly with the global goals we’ve
set forth as we move towards record growth in future years in an increasingly competitive landscape”. In November 2017, Icebreaker
was sold to US-based VF Corporation for at least NZ$100 million.

“A founder has a great idea, and has put their heart and soul into their company, but they might not be well-suited to the demands
of a bigger business. A founder–CEO with a clear view of the road ahead can see that scaling up has very different challenges from
a start-up and should seek out an experienced CEO to take the reins,” confirms Wasserman.

When it’s time to play to your strengths

Despite his overwhelming success as Managing Partner, McCann was aware that he wanted to once again ‘have a run’ in the industry he enjoyed. “I didn’t want to become pigeonholed, and lose the skills I had spent so long mastering. You have a professional shelf life, and I hadn’t worked on a live job since I was 40. I was so young when I was appointed Managing Partner, and I still want to remain relevant in my industry moving forward,” notes McCann.

“It all comes down to the ‘can’ and the ‘want’. It is very likely as a founder that at a certain point what you ‘can’ do well is no longer what the company needs. And even when you ‘can’ do what it needs, you might not want to do it – such as changing the early tightknit culture, or hiring, above early employees, new people who are a better fit for the next stage of growth,” notes Wasserman. “At times likes that, it makes sense to take on a more targeted role while handing over the CEO reins. At the end of the day you still want to be able to love your job and believe that you excel at it.”

It is very likely as a founder that at a certain point what you ‘can’ do well is no longer what the company needs.

Unfortunately, there are some personal and cultural barriers that can get in the way of a CEO making the right choice for them and their business. “It is rare that Asian executives will self-demote within their organisation. They are more likely to excuse themselves from the business to disassociate themselves from negative attention and protect the company’s interests,” explains Jaya Dass, Country Director of
human resourcing firm Randstad Singapore.

“But, stepping down from a high-level position does not necessarily mean that the individual is shamed for life. Instead, they should leverage on their business acumen and see this as an opportunity that could gain them a competitive edge in the future.”

So, are you ready to take the leap? Is stepping down from the top job the best choice for you and your business? McCann suggests that you “question yourself at the start of every year. Is there another person who could do this job better than you? And would your business be better off if they did? If you answer yes to both of these, then you should go”.