Part of embracing vulnerability in management is seeing how a willingness to fail is brave and sees you increase resilience as a leader. 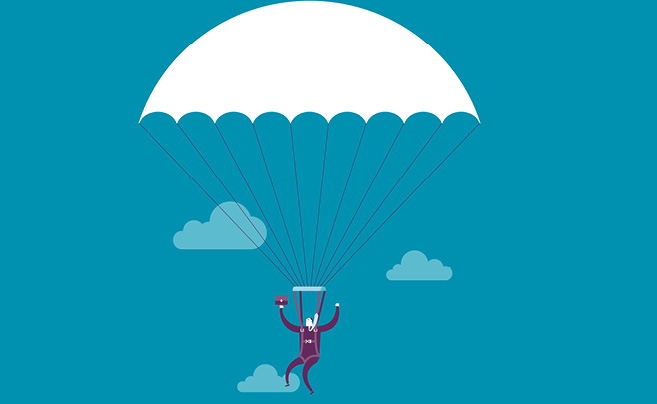 We all know the ‘hard’ skills needed to be successful at work. The ones necessary to do our jobs as well as we can—and it doesn’t matter whether they’ve been learned through education, mentorship or experience. Leading, managing a team, forecasting trends, budgeting, meeting KPIs: all are invaluable.

However there are two other essential skills that are crucial to success—vulnerability and failure. They're two words that might as well have an R rating when it comes to the higher echelons of corporate and for high-flying entrepreneurs. Or do they? If you look at many of the most successful leaders today, at some stage they have ‘failed’ and shown strength and resilience in coming back from the edge. They’ve revealed a vulnerability, reached out and asked for help.

Vulnerability can be a great strength in business, because it teaches us to engage and to listen. It encourages others to admit when they need assistance; it gives us new skills; and it also brings great collaboration on a commercial level.

Richard Branson has come back from failure more times than many other entrepreneurs have made a decision.

There’s no doubt vulnerability is scary and sometimes (if you allow it) uncomfortable. At times is can be almost uncontrollable, but—and this is a very, very big but—it’s also incredibly powerful.

We are almost ingrained with the concept that in business (and sometimes in life), vulnerability is a weakness, because it is sharing openly your thoughts and fears; it is allowing others to see your true self. It is speaking your truth.

Imagine if, instead of a weakness, we thought of vulnerability as powerful.

What if by sharing our thoughts, our feelings, our worries and concerns we actually managed to open the door to change; to let others in, to gain support, to meet new people, to try new experiences, to develop a new way of thinking.

Everyone experiences fear. And to be vulnerable—to openly share or to openly ask for help; to openly admit that which you don’t know or even that which you love with no knowledge of whether there will be reciprocity—is power.

Vulnerability means bravery. Bill Gates said ‘failure is a great teacher’. Part of being vulnerable in business is seeing how a willingness to fail is brave and sees you increase resilience as a leader. Linda Sapadin, the US-based author of Master Your Fears and psychologist, uses the example of The Cowardly Lion from The Wizard of Oz, who takes action despite a lack of courage. “People think having courage means you have no fear,” when in fact “…courage is taking action despite the fear.” She adds “You really need to be able to get beyond the fear to make your business happen.” In other words, fear of failure doesn’t mean full stop—it means do it anyway, be brave and go for it.

When you as a leader hold back from making decisions due to a fear of failure, it engenders that same fear in your team. This means lacklustre projects, an endemic inability to change the business status quo and a potential lack of future management candidates. A large part of embracing vulnerability, and the possibility of failure, is making the tough calls. This simple act shows staff and colleagues that this is okay.

Vulnerability embraces boundaries and trust. If you have the strength to show your true self within business, what an incredible gift and behavioural model this is to others. As General Colin Powell said, “There are no secrets to success. It is the result of preparation, hard work, and learning from failure.”

Keep the hard skills, because without them, you don’t have a business. By opening yourself up to your team, to those who are willing to share ideas with you, to embrace change, and to show that you are willing to learn and admit that you don’t know everything—that is true vulnerability and it comes from a position of strength as a person and as a business leader.